Reward Increased to $40,000 in Arson House Fire That Killed 5 People

Reward Increased to $40,000 in Arson House Fire That Killed 5 People

Three masked suspects are thought to be responsible for the fire.

The Denver Police Department (DPD) is currently looking for three suspects who are thought to be the people responsible for the arson fire on August 5.

New photos (below) show the three suspects in masks and dark hoodies. The DPD says they fled the scene in a four-door sedan.

PLZ RT: Five people were killed in fire in the 5300 block of N Truckee Street. The fire appeared to be deliberately set by unknown persons who fled the area. Anyone w/info on this homicide is asked to call @CrimeStoppersCO at 720-913-7867 and you could earn a $40k reward. #Denver pic.twitter.com/8BuvSzu6XU

According to reports from both the police and fire departments, this house fire is being investigated by authorities as arson, as well as a homicide. The Bureau of Alcohol, Tobacco, Firearms and Exposives is also working on the investigation. It was announced on Wednesday, September 9, that the original reward of $14,000 has been increased to $40,000 to anyone who provides a tip that leads to an arrest.

"So I ask if you have any information on this crime, we ask that you look into your hearts and you do the right thing, and do it for the right reasons. Because we need to find these individuals, or individual, and we have to be able to hold them accountable for what they did on that day," said Denver Police Investigations Division Chief Joe Montoya.

The Denver Fire Department responded to a call from a police officer around 2:40 a.m. on Wednesday morning at 5312 N. Truckee Street after reports of smoke. Several neighbors also called 911 to report a fire.

#DenverFireDepartment responded to 5312 N. Truckee & found a heavily involved fire. Unfortunately 5 fatalities were found in the home. Fire Investigators are working to determine cause with @DenverPolice.
A Press Conference is scheduled at 7am at that address @CityofDenver pic.twitter.com/Vhsf2rzCWQ

Five people were killed in the fire—including two children and three adults. The identities of the victims have been released, as confirmed by one of the victim's two brothers. Moussa Diol and Abou have said that their brother, Djibril, and his wife and daughter were killed, along with their sister and nephew. The family comes from Senegal.

"I can’t really talk right now because I’m heartbroken, but all I can say is Djiby was a good person. He was supportive. He was a good brother of mine," said Moussa.

A GoFundMe has been created to help support the funeral costs and family expenses. 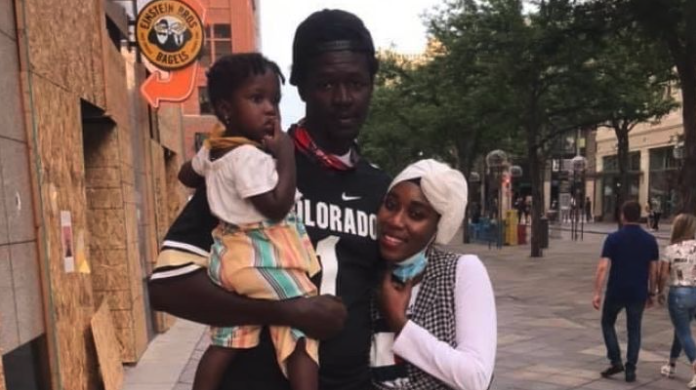 Courtesy of Amadou Dieng and Ousman Ba (via GoFundMe)

Various sources are saying that three others were in the house at the time, but they were able to escape by "jumping from the second story."

*This is a developing story and will be updated as more information is released.