This is one baby shark video you may not want to show to your kids.

It is not uncommon on the Jersey shore to watch the local sea birds swoop down and try to nab a piece of your delicious Nathan's hot dog or other boardwalk treats. You may even be tempted to toss them a piece of your food to deter them from attacking the rest of your snack. But the more people feed the birds (and other wild animals), the more courageous they seem to be. 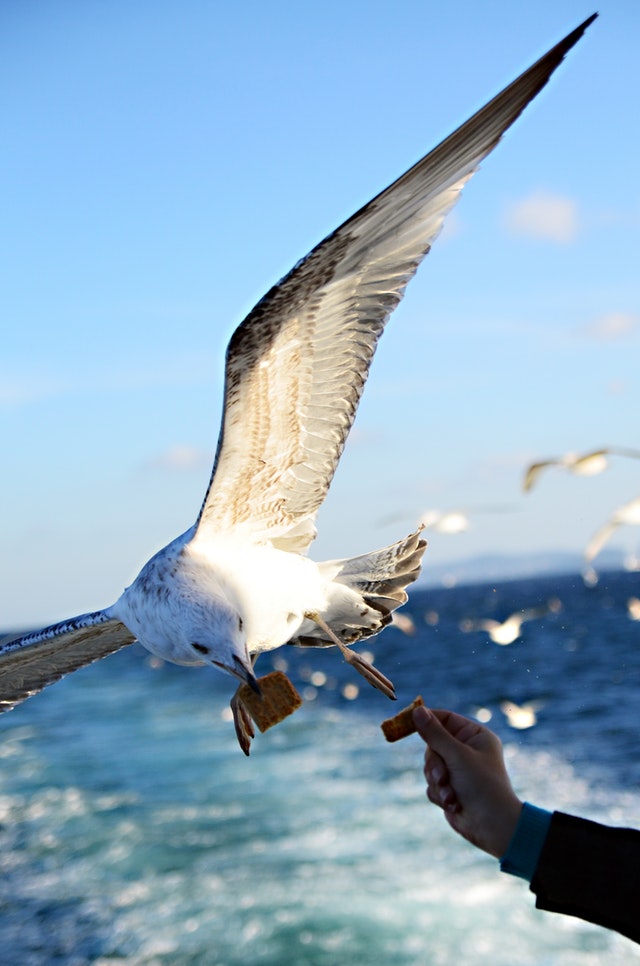 In a video recorded by a New Jersey native Rebecca Stout, you can see a seagull snacking on what seemed to be a large fish. And a large fish it was: a baby shark. Within moments, it was joined by another seagull. Before long, the birds both devoured the tiny predator.

In a letter published in the OCNJ Daily, Jay Gillian, the mayor of Ocean City, New Jersey, asked tourists and fellow locals alike not to be so liberal with feeding the birds (or any other wildlife) in the area. A program has been in place to help lessen the instances of these birds taking food along the shore. The mayor thanks his team for continuous efforts in deterring the flying food thieves thanks to the raptors flying ahead, controlling the issues.

"People say they are grateful to be able to stroll the boardwalk without fear of gulls swooping down to steal food. Our newest team members—falcons, hawks, and an owl—appear to be doing their job in holding the gulls at bay." — Jay A. Gillan, Ocean City Mayor

Most states have laws and regulations regarding the feeding of your friendly backyard Bambi. A deer munching on leftovers may look adorable, however, food for humans can make wild animals sick. These animals also lose their wild instincts, and it can become dangerous for you and children. Keep food not being consumed in closed containers, and throw leftovers in the proper receptacles. My own delicious food has been nibbled on more than once down at the shore. Though it may seem really cute and comical, I spent more time shooing them away from my food than actually eating!

Last summer in Avalon, New Jersey, another (sand) shark-eating bird was captured on video. Imagine eating your frozen custard on a hot day when a seagull lands on your table, clutching a small toothy baby shark? Yikes!

What's the strangest food you've ever seen a wild animal eat? Don't forget to tell us in the comments below!

'We should honor all parts of who we are': Nichole Prescott on reviving indigenous cultures

Did you know that a Pineville business created a crucial part of LSU's Death Valley?