The fireworks show is canceled and gatherings are still limited to no more than 10 people.

If you were planning on going out for New Year’s Eve in Baltimore, you might want to change your plans. Mayor Brandon Scott is asking residents and visitors to stay in on New Year’s Eve to prevent the spread of coronavirus. The mayor made this plea in a press conference with Baltimore City Health Department Commissioner Dr. Letitia Dzirasa on Monday, December 28. In spite of a 23 percent decrease in case counts in Baltimore City, Mayor Scott has decided not to lift restrictions on gatherings, businesses, and restaurants in the city.

On the same day, the Mayor held a press conference, the Baltimore Office of Promotion and the Arts announced the cancellation of the annual fireworks show in the Inner Harbor. The annual event draws thousands of people to the harbor, potentially causing an unsafe situation. The organization said the decision to cancel the event came after consultation with Mayor Scott.

Currently, Baltimore City has 986 active cases of coronavirus and 628 total deaths from the virus. With hospitals at 85-percent capacity, Mayor Scott said more diligence is needed to keep infection rates from rising.

“We know there are people out there with COVID-19 who aren’t showing any symptoms that are putting people that they know and love at risk. I want to thank those that followed the health and safety guidelines over the holiday weekend, it wasn’t easy to make these adjustments but it was extremely necessary and life-saving," Scott said. 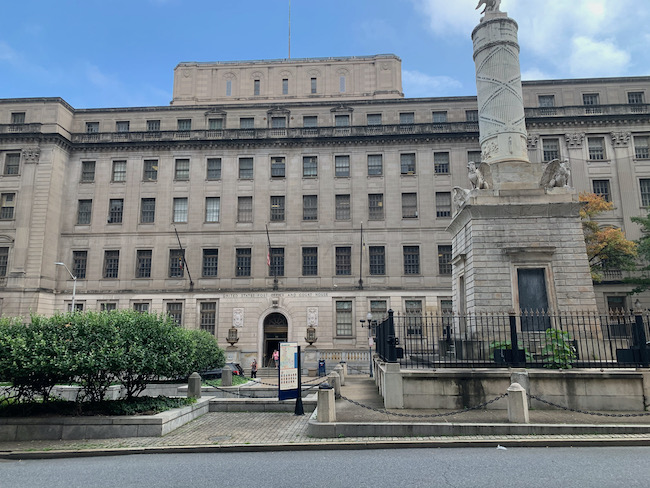 Scott also reiterated the city’s rules on social distancing, mask-wearing, and limiting gatherings to people in your household. Baltimore City’s ban on indoor dining will remain in place until at least next week. A lawsuit to stop the ban on indoor dining was rejected by a circuit court judge last week. A similar case in Anne Arundel County was successful in reversing the indoor dining ban in that county.