Insects tend to bite around people's mouths and, though rare, can pass parasites through their feces that cause Chagas disease.

File this one under "ewwwww." The Center for Disease Control and Prevention (CDC) has issued a warning that Triatoma sanguisa, or the "kissing bug" has spread into the U.S. from South and Central America, and it has made its way to the Centennial State.

The bug gets its nickname from its tendency to bite people around the mouth area. While the bite is generally painless, the bugs ingest blood during the process and then, in an unsettling example of nature at her finest, defecate near the bite on your face. People can unknowingly rub those feces in eyes, nose, mouth, etc., and possibly introduced a parasite, Trypanosoma cruzi, into their systems. The parasite can cause Chagas disease, which can be serious, but it usually causes symptoms that include severe redness, itching, swelling, welts, and hives.

Now before we go buy our weight's worth of bug bombs, it is important to note that just because you are bitten does not mean you will be infected. In fact, the CDC says disease transmission from the kissing bug is "not easy." In the unlikely chance of transmission, Chagas can be treated, as an antiparasitic treatment can kill T. cruzi, though chronic cases can occur. The disease can be spread human-to-human via blood transfusions, organ transplants, and mother-to-baby, all of which the CDC is focusing on stopping.

The kissing bugs are spreading north and there have been confirmed sightings of 11 species. According to the CDC, more than 300,000 people in the U.S. have T. cruzi infections, but most of them were infected when traveling in Latin America. 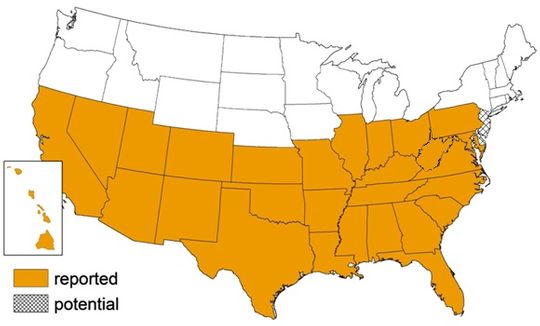 Triatomine bug occurrence by state. Courtesy of the CDC.

Know your Bugs and Other Precautions

The CDC reminds us all that the most likely way to catch Chagas from kissing bugs is by traveling to Latin America. If you don't do that, you are pretty unlikely to be infected.

The insect usually has a band around the edge of the body that is striped with orange or red markings. It looks similar to the box elder bug that's commonly found in Colorado, so check out the below image to get a good idea of what it looks like. 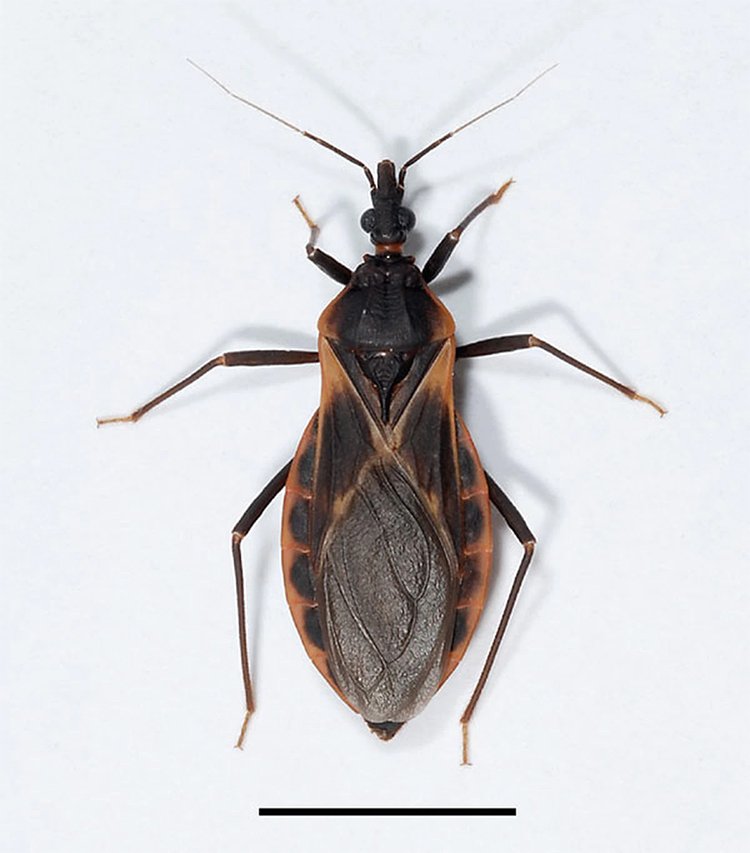 This is a common Triatoma sanguisa, or "kissing bug." However, the intensity of colorations can vary by bug. Courtesy of the CDC.

The bugs hide in cracks and corners in homes and often emerge overnight, so be sure to seal any cracks you may have (which is just good practice to keep a host of critters out of your home). They love to congregate in rock, wood, and brush piles, beneath porches, and basically anywhere that is dark and protective during the day. So, using hole-free screens on doors and windows, keeping your immediate outdoor areas free of possible hiding places, and doing periodic bug checks in your home are also suggested.

You can read up on the bug and get more prevention tips on the CDC website.

Trio named finalists for the Bobby Bowden Trophy; award to be presented at FSU in January