Centennial's Lollipop Park Auctioning Off Ferris Wheel and Other Attractions

Centennial's Lollipop Park Auctioning Off Ferris Wheel and Other Attractions

Lollipop Park in Centennial closed its doors when the COVID-19 pandemic hit in March, and it's been shuttered since then.

The indoor kiddie amusement park was opened by Nathan Elinoff and his wife Louise in 2011. When they closed amind the pandemic, the hopes of reopening were good—they had the best year on record in 2019 and expected that 2020 would top that. However, after months of waiting, the Elinoffs have decided there wasn't a chance of getting the park back open.

Plans for an outdoor park were already in the works before the pandemic hit, and the couple is planning to focus on that project once things are appropriate. That park is planned to be in Parker, and the couple expects it to cost about $5 million. They hoped to transfer the rides from the indoor park to the new site, but that's not going to be possible, so everything that makes up Lollipop Park will be auctioned off in October.

Bounce houses, carousels, spinning teacups, the giant lollipop decorations, even the security cameras will all be on the auction block on October 21. All six of the larger rides as well as everything else inside are set to be sold. There are no minimum bids. 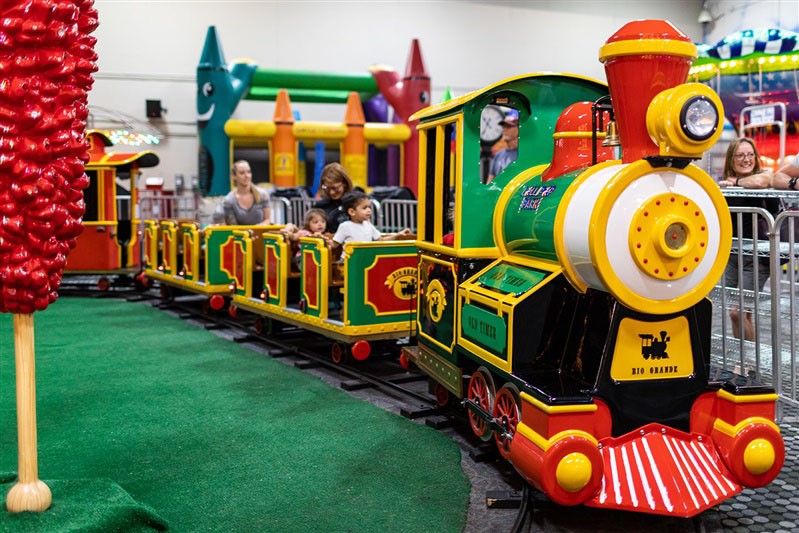 This was not an easy decision or a happy one for the couple, who have made it their life’s work to start and operate fun centers and amusement parks for families for almost 40 years. They invested over $900,000 in the Centennial location of Lollipop Park.

The auction is set for Wednesday, October 21, at 10 a.m. and will take place on-site at 6901 South Peoria Street Centennial—Lollipop Park is located inside the Family Sports Center.

Will you be heading over to the auction to get your hands on any of those signature 3-pound lollipops, giant decorations, or perhaps a mini train set for the backyard? Sound off in the comments.