The images and videos show hundreds of people hanging out, swimming, and soaking up the sun.

The warm temperatures brought people out early this week, and images have been circulating of people congregating in large groups at Cherry Creek State Park swim beach, and along portions of Boulder Creek, in violation of safer-at-home and social-distancing rules.

Cherry Creek State Park closed its beach after crowds packed the swim beach on Monday, May 18. Colorado Parks and Wildlife (CPW) reported record visitation to state parks recently and were at the park Monday to attend to another matter when the swim beach crowd became an issue.

The beach was cleared, and will remain closed until further notice. Cherry Creek State Park will be open for some recreation activities; however, swimming is not going to be one of them.

"A lot of people took advantage of the really great weather and took it upon themselves to really pack the swim beach," said Rebecca Ferrell, a spokesperson for CPW. “We probably did not anticipate to this level because, again, we’ve asked people to follow those rules and it’s incumbent on all of right now to kind of do our part.”

The heat also drew a large crowd to Boulder Creek—again, no social distancing or masks. After that video made the rounds online, the City of Boulder announced Wednesday that they would be closing part of Eben G. Fine Park, where the crowds have accessed the creek. The park itself remains open; the closed area runs from the eastern edge of the part to the western edge of Boulder city limits. The City of Boulder reports issuing 66 citations in the last few weeks and says the creek closure is now necessary.

In case anyone is indignant that they closed Boulder Creek again, um.... this is why. And #thisiswhywecanthavenicethings https://t.co/m1EgeV9Dy1

"This closure is necessary and disappointing, as it removes access to the creek for everyone due to the poor choices of some. We sincerely hope community members can recreate responsibly, honoring current public health orders, so that the amazing public lands Boulder offers can remain open, and community members and staff can be safe," said Parks and Recreation Director Ali Rhodes. 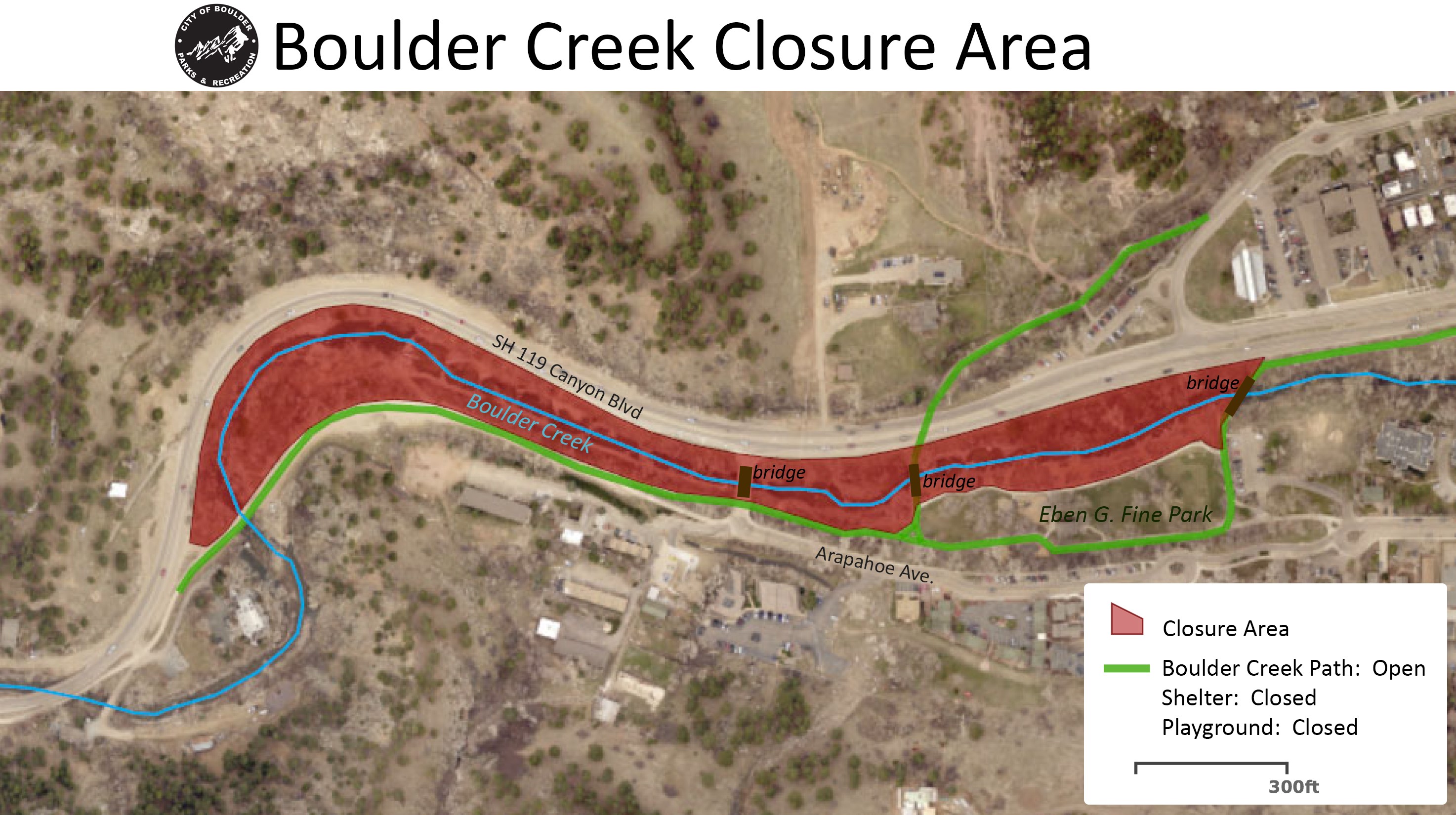 Courtesy of the CIty of Boulder

The announcement of these closures comes at a time when many people usually plan to go out and enjoy fun in the sun, so there will likely be more than a few disappointed folks over the next few weeks. many people have expressed relief online at the closures, and outrage at the large crowds who have caused these precautions to be put in place.

Do you know of any places that are open for swimming in Colorado right now? We want to hear from you so give us your take on all this in the comments.