CMZoo makes the 10Best Readers' Choice Award list for the third year in a row.

Being rated as a Top 10 zoo for three years is a pretty big deal! Cheyenne Mountain Zoo (CMZoo) once again makes its appearance among the best of the best zoo's in the nation, according to USA Today's readers. The rank was determined by "reader's choice," in other words it was voted on by the people who love and visit the zoos across the nation.

"It means a great deal to know that people voted for us. We work hard to provide an environment where our community members can come to be inspired. This national recognition reminds us that the impact of our mission reaches beyond the city of Colorado Springs," said Bob Chastain, President and CEO of CMZoo, in a statement. "We were nominated amongst a group of impressive organizations, in markets much larger than ours, which makes us even more proud to have been named the sixth best zoo in North America and that Rocky Mountain Wild is the fifth best zoo exhibit." 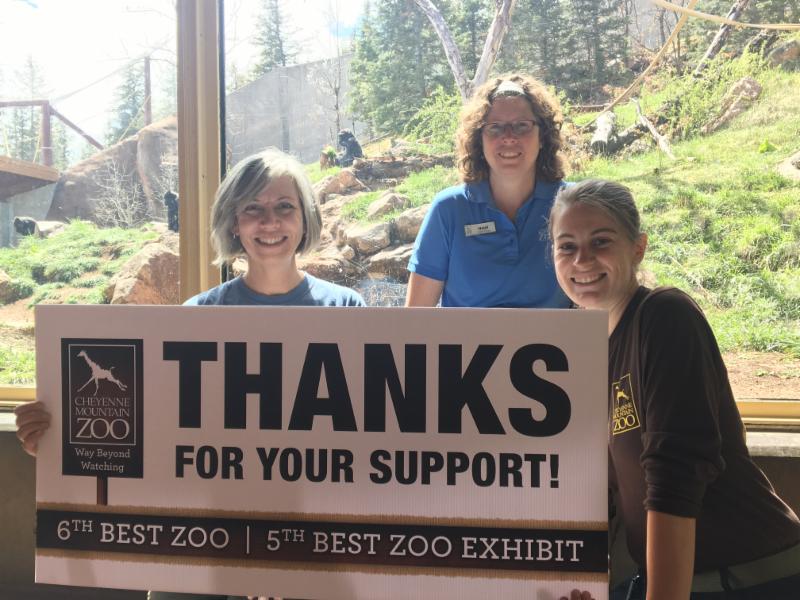 The zoo is designed to remove unnecessary physical barriers to bring people closer to animals. Keeper-led interactions and demonstrations help build connections between visitors and the world around them, all with the goal of inspiring guests to take action to protect animals their wild habitats.

Have you visited the Cheyenne Mountain Zoo? Share your experience (and photos) with us in the comments.