Protesters are mobilizing again, buoyed by the turnout and social media coverage of their Monday efforts to #shutdowndc. Expect potential traffic delays in the city Friday morning, and plan accordingly.

#climatestrike and #shutdowndc are the hashtags you want to watch if you're trying to keep on top of the latest developments for another protest, planned for Friday, September 27. On their website, StrikeDC.org is giving participants a way to register for updates through an online form or text. As of this morning, all we know is that the actions should start around 7 a.m. EST (as they did on Monday), most certainly disrupting the traffic flow in downtown D.C. right in the middle of rush hour.

According to #ShutdownDC spokesperson Kaela Bamberger, the group decided in a meeting today to take action again at 7 a.m. this Friday morning. https://t.co/qDNxGYMcHF

This coincides with international rallies being planned all over the world for the same date.

Last Friday over 4 million people striked for the climate.
This Friday we do it again!
170 countries and 6383 events so far in #weekforfuture
Find or register your strike at https://t.co/G06WbXNvl1 or local websites.
Spread the word!#FridaysForFuture #ClimateStrike pic.twitter.com/VXCnPQzw6a

If you were in town on Monday morning, you may have witnessed some of the elaborate roadblocks set up by the protesters. They included everything from parked cars to painted boats and towering artistic displays in 22 different intersections.

It took hours for traffic to return to normal once the roads were cleared.

A post shared by Extinction Rebellion DC (@extinctionrebelliondc) on Sep 23, 2019 at 5:49am PDT

Dozens of arrests were made as police worked to bring order back to D.C. traffic. All in all, over 30 protesters were arrested on charges related to blocking intersectons and hindering traffic. 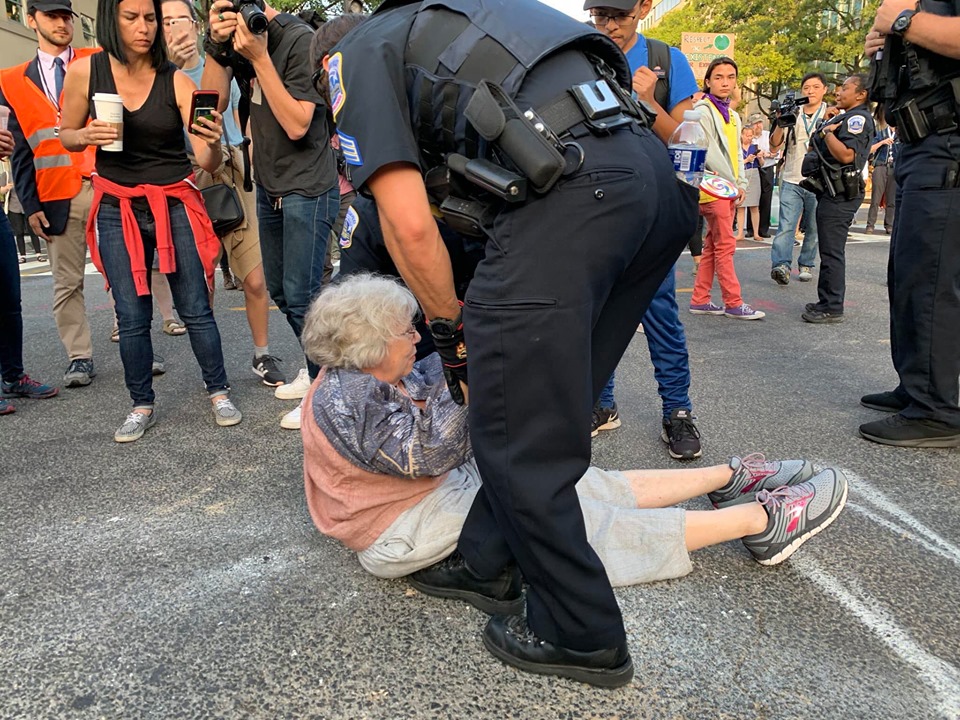 Affected intersections ranged throughout downtown D.C., with additional pedestrian traffic near the National Mall and the White House. Traffic delays were felt as far as the Virginia bridges crossing the Potomac into Washington, D.C. From central meeting spots, the protesters dispersed to 22 total intersections to set up roadblocks and stage their demonstrations.

Roads near the Capitol are likely to be included on Friday, so plan accordingly and watch for the official meeting spots to be announced. If you need to cross a bridge to get to the city for work, Metro may be your best bet.

Did you experience unusual traffic delays on the roads and bridges on Monday? Where were you and how long did it take them to clear up? Let us know in the comments!