On May 28, the Boulder County Sheriff’s Office announced that a suspect has been identified in an unsolved murder case from 1970.

Betty Lee Jones was a 23-year-old newlywed and mother of two who went missing on March 8, 1970. She disappeared after an argument with her new husband, Robert Jones. Mr. Jones left the couple’s home that evening near York Street and East 12th Avenue and took his own car. Betty was seen hitchhiking and got into a blue sedan that stopped for her; this marked the last time anyone saw the young woman alive.

Her body was found the next morning on an embankment near Highway 128 by Colorado Department of Transportation workers, she had been bound, strangled, sexually assaulted, and shot to death.

Multiple suspects, including Jones's husband, were investigated and ruled out, and Jones’s death sat for decades as one of Colorado’s longest unsolved cold cases. In 2006, the case was reopened, and a DNA profile was developed from male DNA left on Jones’s body. Unfortunately, the suspect’s profile was not in the Combined DNA Index System database of offenders and the case remained unsolved.

Then, in 2019, Colorado authorities sent the suspect’s DNA profile to a private lab, Bode Technologies, working with the FBI Forensic Genetic Genealogy Team to create a family tree for the suspect. That process identified a woman who had lived in the Denver area in the 1970s and had two sons in their early twenties, at the time.

Authorities contacted the family, taking a DNA swab from the only living brother, who then informed authorities of a third brother, long estranged from the family. This newly found brother had been living in Denver at the time of Jones's murder. This proved to be very useful information, and investigators tracked down a man named Paul Leroy Martin. Martin drove a dark blue Plymouth Fury sedan in 1970, according to his brother; a close description of the car Jones was seen getting into.

Martin died in 2019 and is buried in the Fort Logan National Cemetery. His body was exhumed, with DNA being sent to investigators, only for it to come back as an absolute match to the DNA found at the 1970 crime scene. Authorities finally knew who was responsible for the horrible crimes against Betty Lee Jones. 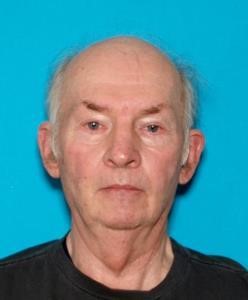 “Based on the evidence and DNA analysis produced through this investigation, if he were alive today, Paul Martin would be charged and prosecuted by the District Attorney’s Office for the murder of Betty Jones,” investigators stated.

“In addition to our sincere thanks to CBI, the FBI, and all the contributing scientists and investigators, I would like to personally thank Detective Steve Ainsworth for his diligent work and tenacity for solving this very cold case, which was so brutally committed. Steve has a long career, much of it dedicated to cold cases, and he does a wonderful job for these victims and their families,” Sheriff Joe Pelle.

Though there will be no trial, and no justice for Jones, the mystery of what happened that tragic night is finally solved. We hope this brings closure to her family and the team of people who worked for decades to try to solve the case.