Who you gonna call?

Daniel Toliver (@ghostbuster5280) is getting used to hearing people’s exclamations of delight when he pulls into a parking lot or passes them by on the road. Why, you may ask? Because Oliver just so happens to drive a 1981 Cadillac hearse that he painstakingly turned into a replica of the Ectomobile from the 2016 Ghostbusters movie.

When he got the car, he decided he was going to do something big with it, and the idea of the Ectomobile took hold. Toliver spent almost a year researching, designing, and building the replica of the ghost-chasing automobile dubbed the Ecto-1. He says it was not that much of a challenge to find what he needed, in fact, a lot of what he found came from local hardware stores and his own home. He used wood, PVC pipe, even parts from an old forklift.

He gets tons of happy reactions from people, and almost always hears someone yelling out, “Who ya gonna call?” or “Ghostbusters!” Adults and children alike go crazy or the car, fans of the classic '80s movies and the 2016 reboot love seeing the car cruising around. It has both a working siren and flashing lights, so it really looks like the car drove right out of the movie to the streets of Colorado. 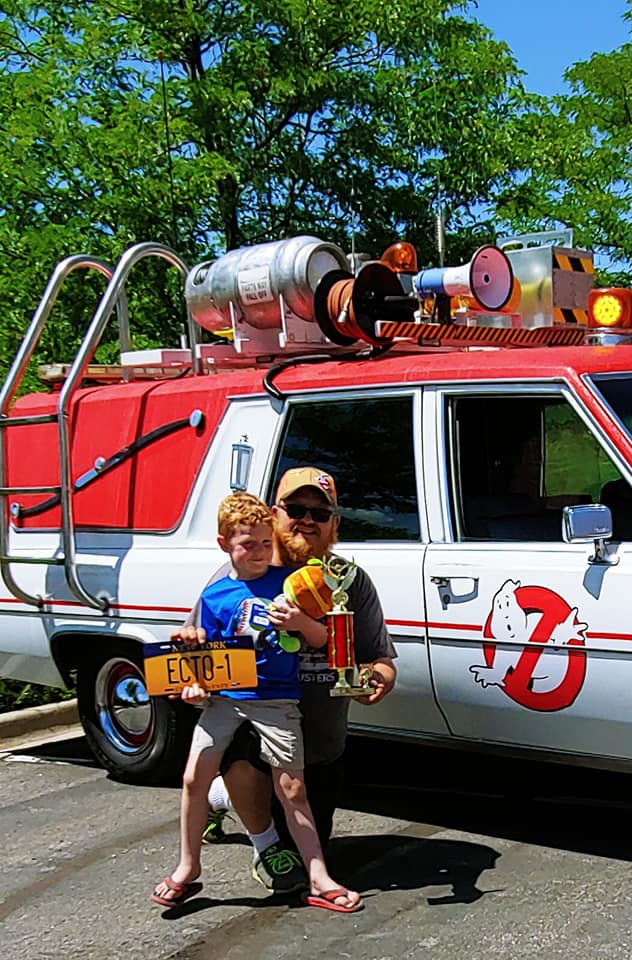 Toliver has been driving the car all over the state, trying to spread some cheer during moths of shutdowns and uncertainty. The car has been in numerous parades for graduations, pedatric cancer awareness, and other special events. Toliver helped deliver diplomas to graduates in Berthoud and Loveland with the Ectomobile!

Have you seen the Ecto-1 cruising around? What replica movie car would you want to drive? Give us the scoop in the comments.