For years, there has been talk of building a new Front Range rail line. The abstract plan was to expand rail transportation between the major cities of the state and simplify Coloradans' commute. Now, thanks to local efforts and federal funding, Colorado might be a step closer to getting the long-awaited rail line.

Amtrak recently announced its plans to expand a rail line in Colorado that would traverse through the state's major cities.

The company released the map below which showed the work they would do in Colorado: 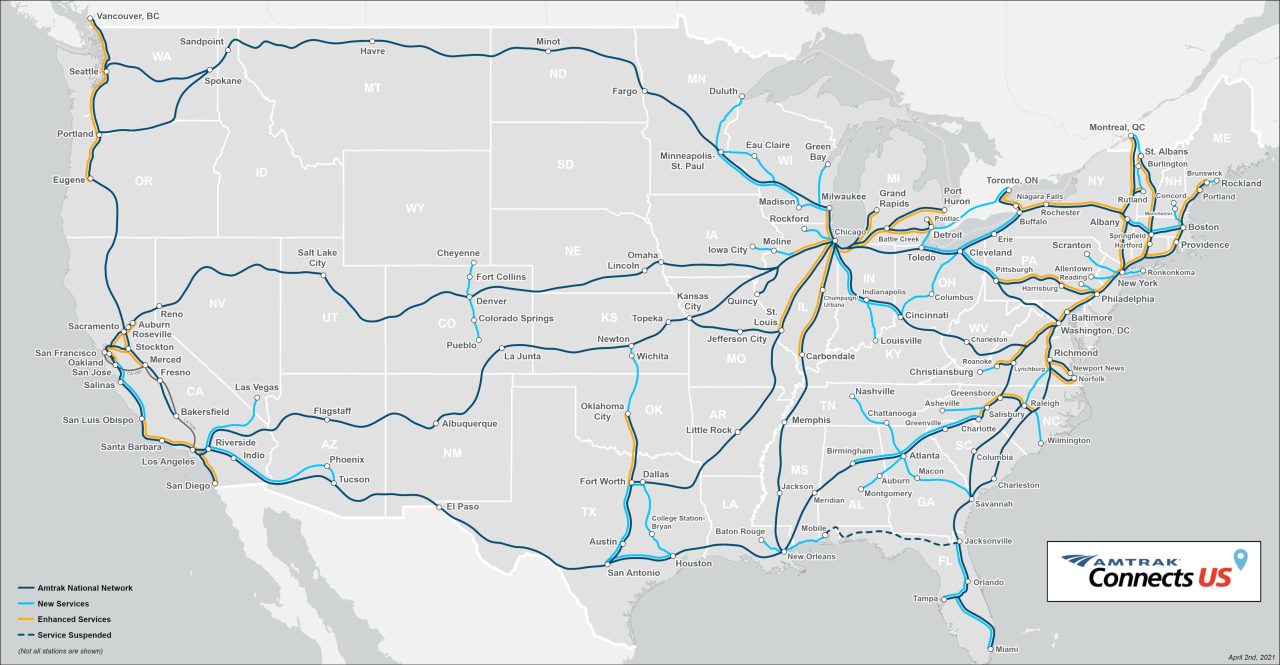 The project of a new rail line would go from Pueblo to Cheyenne and connect major cities in between like Colorado Springs, Denver, and Fort Collins.

The specifics of the project, like the complete budget or the date of completion, are still relatively unknown.

The idea of a Front Range Rail has been discussed for many years. A commission studied the project in recent years and state officials discussed the project in the lead-up to the 2019 Colorado statewide election. At the time, Jared Polis said he supported the idea of a high-speed rail line between Fort Collins and Pueblo.

Residents also seemed excited by the idea. In a survey done by Magellan Strategies, more than 80% of respondents were in favor of a rail line. Support for the project only fizzled when the discussion turned to an increase in sales tax to fund the rail line.

But the idea is still in officials' minds. There is currently talk of it at the state Capitol, where lawmakers are discussing how to pay for a Front Range rail without possible funding to Amtrak. The bill (SB21-238), sponsored by Front Range lawmakers, would create a new Front Range passenger rail from New Mexico to Wyoming. If approved, a board would be able to ask voters within the district to raise the sales tax to fund the passenger rail.

The state Capitol has yet to set up the bill's first committee meeting but it will be first heard in the Senate Transportation and Energy Committee. However, the future of the bill could be promising. It already has bipartisan support, 17 senators in total out of 35 total.

Would you use this new rail line? Let us know in the comments.