Athlete and cancer survivor spent 54 hours in the water to set a new record.

Only a year out from completing breast cancer treatment, Sarah Thomas of Conifer, stepped into the chilly waters of the English Channel to start an epic feat. Dedicating her swim to "all the survivors out there," she started swimming the English Channel and didn't stop until she swam more than 54 miles.

"I just can't believe we did it. I'm really just pretty numb. There was a lot of people on the beach to meet me and wish me well and it was really nice of them, but I feel just mostly stunned," she said to the BBC.

In total, Thomas swam the English Channel four times non-stop, which was calculated at about 80 miles but ended up being around 130 miles because of strong tides. Her support team said that despite some stomach problems during the feat, she was doing well after the swim and had returned to her accommodations to rest and recuperate. 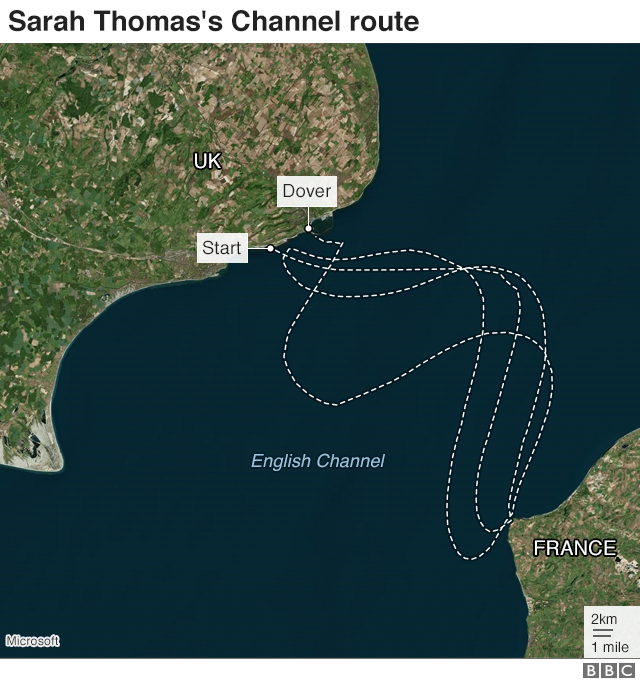 During her swim, she abided by the Channel Swimming and Piloting Federation rules that she could only wear a cap, goggles, and swimsuit. She could not touch the support boat or crew and even ate in the water. Sleep, of course, was out of the question. Imagine pulling a 54-hour shift with no sleep and constantly moving, and you have a tiny idea of what she was up against. Add in a sting to the face by a jellyfish and harsh saltwater conditions, and there is no doubt that Thomas is just a straight-up superwoman.

This isn't the first time Thomas has taken on a tough challenge in open water. She competed in her first open-water event in 2007, swam the English Channel in 2012 and 2016, and swam 104.6 miles in Lake Champlain in 2017. She had known before this event that she had a lump in one of her breasts but pushed through the swim. Doctors confirmed her fears in November of 2017.

Her support team told the BBC that she used swimming to cope with cancer treatments and kept the goal of tackling the channel as motivation.

Today, she has bested cancer and the English Channel in a way no one else has before, a testament to what the human body can endure and overcome.

You can check out more about Sarah's swim in her own words on BBC.com. Congratulations, Sarah! We can't wait to see what you do next!