The new White House fence will be under construction through 2021.

Visitors to the White House may notice something new this week—a big construction barrier. The National Park Service has started construction on new fencing around the perimeter of the White House. The fence will be replaced in phases, starting with the northwest corner along Pennsylvania Ave. Other areas of the sidewalk and Lafayette Square Park will remain open during construction.

After several breaches of the White House fencing in 2014, the Secret Service and National Park Service began working on a design for a new barrier. The new design was approved in 2017 and doubles the height of the old fence to 13 feet, from six-foot, six-inches. The fencing also has anti-climb features, intrusion detection technology, and stronger support posts. 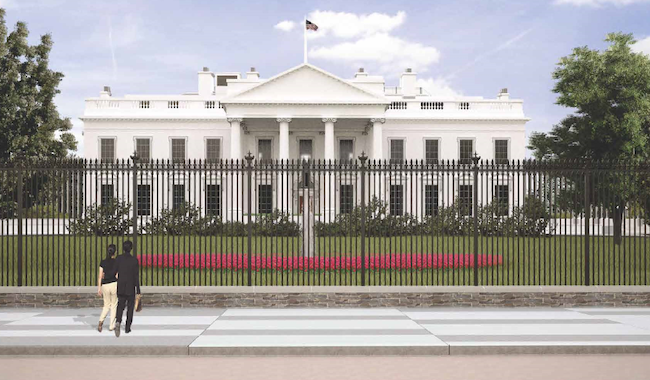 Before the bombing of Pearl Harbor in World War II, only certain areas of the White House grounds were restricted, and visitors could roam freely. In 1995, President Bill Clinton closed the portion of Pennsylvania Ave. in front of the White House because of the Oklahoma City bombing. It didn’t reopen until 2004 and is now restricted to pedestrians and cyclists only.

To make sure the new fence kept its historical and aesthetic value, the new plans were approved by the Commission of Fine Arts and the National Capital Planning Commission. Portions of the old fence will be sent to a museum.

What do you think of the new White House fence design? Tell us in the comments!