Colorado Parks and Wildlife has already intercepted as many infested boats this summer as it did in all of 2018.

Colorado Parks and Wildlife (CPW) is asking for boat owners to be especially careful this year as they launch on in-state and out-of-state waters. As of July 10, the agency has intercepted 51 infested boats and that number is likely to rise, as infested boats are being found regularly. Compared to last year, which saw 51 intercepted boats for the whole year, the numbers will be breaking records that no one wants to break.

“I am just being completely over-run by mussel-infested boats,” said Robert Walters, CPW’s assistant manager for the aquatic nuisance species program. “We are already up to 51 interceptions this year. We are having interceptions just about every day at waters throughout the state. And most of the boats are coming out of Lake Powell.”

The rise in infestation is trending upward year after year. Last year's 51 intercepted infestations were up from the previous record of 26.

The culprit is the invasive zebra and quagga mussel species that have already done billions of dollars in damage in waterways across the country. 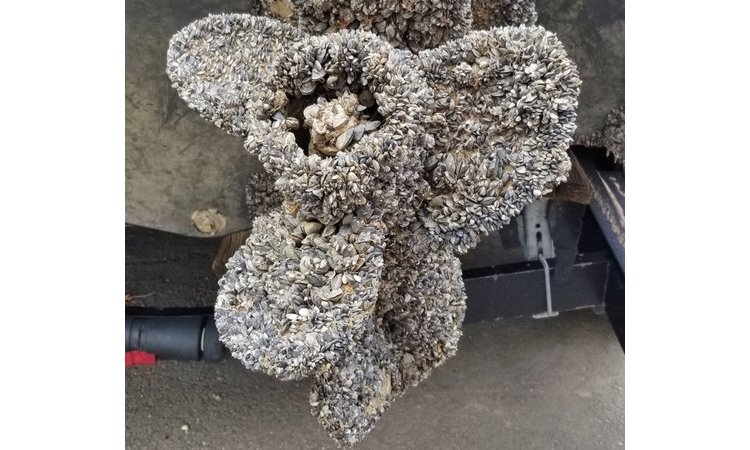 Colorado Parks and Wildlife is warning boaters that they must clean, drain, dry, and disinfect their boats before traveling to any reservoir in Colorado, especially when boats are brought in from out-of-state. Boats coming in from heavily infested Lake Powell are especially problematic. While boats are supposed to be inspected as they leave the desert impoundment, inspection stations there are overwhelmed and not all boats are thoroughly inspected. Mussels have even been found on paddleboards and canoes that have been in Lake Powell.

It is imperative that boat owners properly care for their equipment as those who own and manage Colorado reservoirs could shut down all water-based activity to avoid costly infestation.

Kirstin Copeland, manager at Ridgway State Park, explained that owners of many of Colorado’s reservoirs could shut down all water-based recreation.

“They are concerned about potential damage to their infrastructure,” Copeland said. “They could say no to all boating.”

All boat owners who have been to Lake Powell should take extra care to inspect every inch of their craft and trailer – including lines, anchors, seat cushions, live wells, and paddle craft. Owners can also call CPW if they have questions about the aquatic nuisance program and inspections.