The owner cites landlord issues and the neighborhood's long-term viability for reasons to switch locations after 40 years.

It's the end of an era: Kramerbooks & Afterwords Cafe, one of D.C.'s trademark bookstores, is planning to move out of Dupont Circle. But book lovers need not worry—they are not closing for good.

The decision comes from current owner Steve Salis, also the co-founder of &Pizza. According to the Washington Business Journal, a variety of factors have gone into the move, among them landlord woes and dissatisfaction with the neighborhood's economic vitality.

"We are more committed than ever to preserve and protect Kramers for another 50 years," the store posted on Twitter Tuesday. "Unfortunately our landlord will not allow us to do so in Dupont Circle."

Addressing today’s news. DON’T WORRY, WE ARE NOT CLOSING! pic.twitter.com/liShmxwYwQ

Nothing concrete has been ironed out yet, though Salis has aired interest in potential areas like Penn Quarter, Union Market, and H Street neighborhoods for the store's future residency.

Since opening its doors during America's bi-centennial in 1976, the indie bookstore has become an institution in D.C., known for its author events and high-profile clientele. Original founders Bill Kramer and David Tenney operated the store before handing the reigns over to Salis in 2016. But tensions have since followed. After expanding the store's space in 2016, plans for an additional $3 million renovation resulted in a legal feud with one of the building's landlords.

Guys, we are not dead! If we do move, it won’t be for some time and we hope this gets resolved with our landlord who hates books and reading. Until then, we’re still here slanging books and delicious comforting sandwiches from @fedwich_dc for curbside pick-up and delivery👌

In addition to the legal troubles, Salis is concerned with the longterm viability of doing business in Dupont. He's referenced stagnating businesses and increased vacancies in the neighborhood, as well as skyrocketing rent, as a sign to take things elsewhere.

The move wouldn't be immediate, as the building's lease doesn't expire until 2026. But for long-term prosperity, it's apparent their interests lie beyond Connecticut Avenue. The store addressed worried fans on their Instagram page, letting them know they weren't planning on going anywhere:

"Guys, we are not dead! If we do move, it won’t be for some time and we hope this gets resolved with our landlord who hates books and reading." 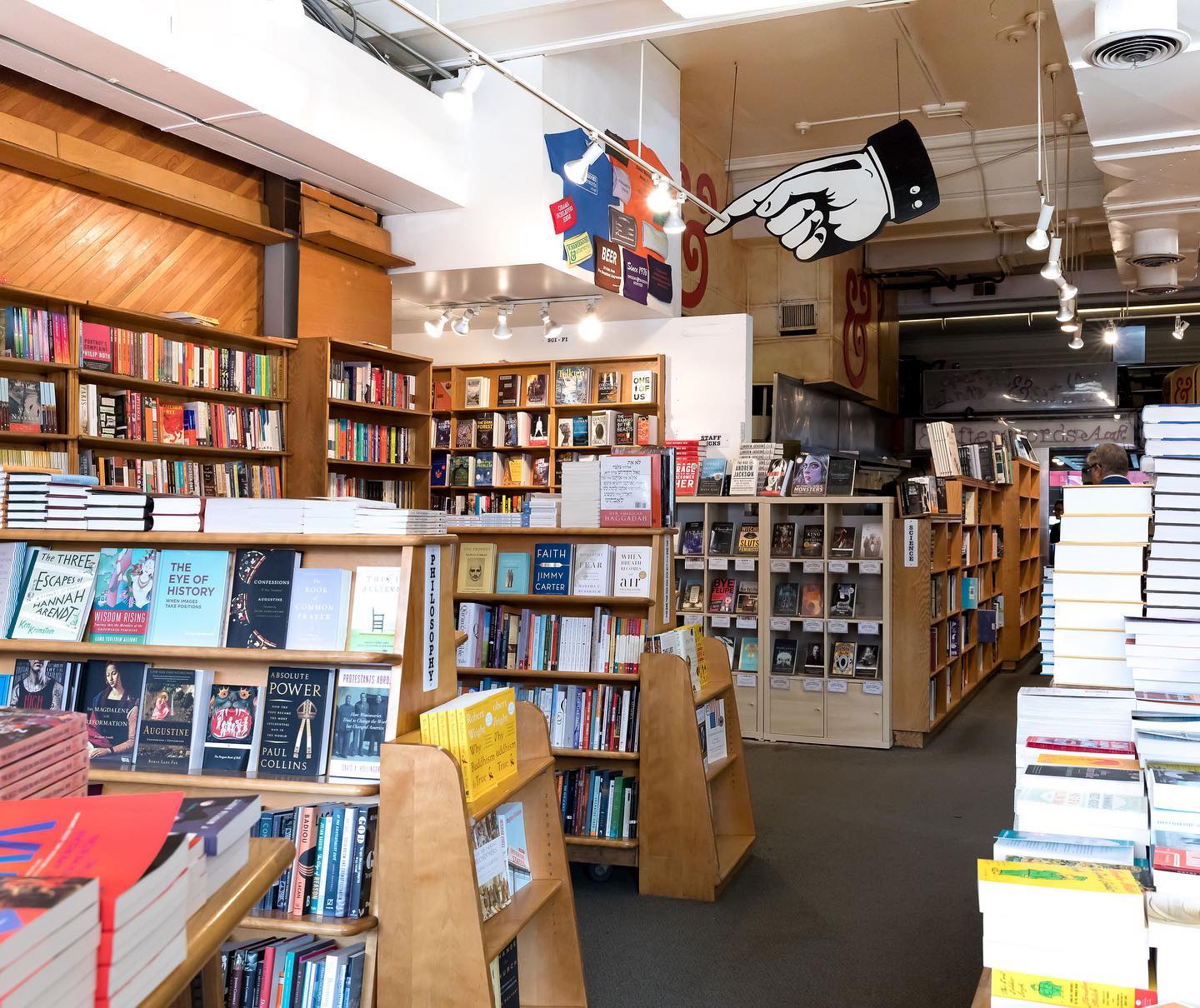 Amid the pandemic, the store is currently offering book delivery and the Afterwords Cafe menu through Doordash and Postmates. You can find out more here.

How do you feel about Kramerbooks leaving Dupont Circle? Is there a location you think they would fare well in? Share your thoughts with us in the comments!