The messages are part of a pilot program looking for ways to reduce traffic accidents in D.C.

Residents of D.C. may soon be getting some not-so-subtle remainders of their bad driving habits. The Lab @ DC, Department of Transportation, Department of Motor Vehicles, and D.C. Police are working together on an 18-month pilot program to curb traffic accidents around the city. Using data from red-light cameras, the city will send frequent violators custom messages detailing their infractions and their increased likelihood of getting into a crash.

The messages may start appearing in early 2021.

The program is part of a brainstorm by The Lab @ DC, a network of data scientists tasked with researching and creating solutions to social, health, education, and economic issues in the District. The Lab was launched by Mayor Muriel Bowser and made possible by a $3.2-million grant from the Laura and John Arnold Foundation. The traffic program will run for 18 months and afterward the data will be evaluated to see if the messages had any impact.

Prior research shows that overall drivers with a bad record are responsible for a larger share of auto accidents. The Lab will pull records from cameras around the district that record red-light runners, speeding, and missed stop signs. The messages won’t be sent to every driver, just a small sample. Data compiled will be used to institute policies and programs that will reduce traffic accidents going forward. 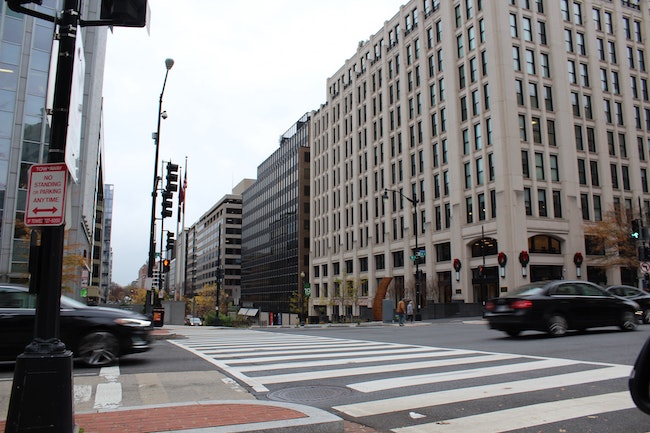 Photo by Emmeth Daavid from Pexels

Unfortunately, the program will only target drivers with a D.C. license plate, not the thousands of drivers from Virginia and Maryland that commute into the city. Mayor Bowser has made traffic safety a priority since taking office, especially reducing the number of pedestrian fatalities. The city has lowered speed limits and limited residential streets to local traffic only. Even with reduced traffic due to the pandemic, traffic data from the city still shows traffic deaths were slightly higher in 2020 than in 2019.