Denver moved fast to raise the legal age to buy tobacco products. City council voted unanimously to ban tobacco sales to anyone under 21 on Monday night, and Mayor Hancock signed the "Tobacco 21" bill into effect on Tuesday. From here on out, 18-, 19-, and 20-year-olds can no longer buy tobacco products in the Mile High City.

The council voted unanimously for the bill to raise the purchase age for tobacco products, including e-cigarettes. The bill also prohibits the sale of tobacco products from vending machines, requires vendors to obtain a $500 license every year, and requires that no vendors be within 1,000 feet of schools and recreation centers starting in 2020.

Denver’s youth are a priority. That’s why I’m proud to sign Council Bill 19-0921 into city law today, prohibiting the sale of tobacco/nicotine products, including vape products like e-cigarettes and smokeless tobacco products, to those under 21. https://t.co/JfpNud5CDU pic.twitter.com/P4FJb2JOAf

This ban comes on the heels of several recent deaths and illnesses linked to e-cigarettes. According to the Centers for Disease Control and Prevention (CDC), there have been a dozen confirmed deaths and more than 800 patients diagnosed with severe lung injury associated with vaping. The CDC has not been able to pinpoint a specific chemical, product, or brand in the outbreak, as of yet, so it recommends people stop using e-cigarettes (especially those that vape marijuana products) until more is known.

"While this investigation is ongoing, CDC recommends that you consider refraining from using e-cigarette, or vaping, products, particularly those containing THC," the CDC suggests.

According to a Denver City Council press release, Tobacco 21 laws are already in effect in 18 states and 500 cities across the nation, including Edgewater, Aspen, Avon, Basalt, Carbondale, and soon Boulder, in Colorado. Colorado has the highest rate of teen vaping in the country at twice the national average, according to the CDC, with 27 percent of high schoolers using e-cigarettes. In Denver, 23 percent of high schoolers have used tobacco/nicotine products. 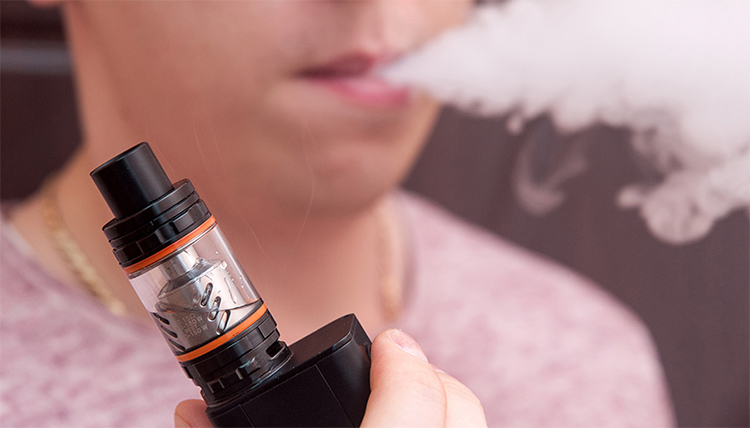 “Raising the age of purchase to 21 years old for tobacco and nicotine products is a step we can take as a city to curb the rising trend of youth use and promote public and personal health among our young residents,” Mayor Michael B. Hancock said in a release. “Research has proven that youth who try e-cigarettes are more likely to begin smoking tobacco later, and raising the purchase age will lead to more positive choices and healthy lifestyles not just for them, but for everyone in Denver.”

The Denver Department of Public Health and Environment (DDPHE) says that it likely won't immediately cite vendors for selling underage. The DDPHE tobacco enforcement team will instead perform outreach to retailers, educating them about Tobacco 21 and the license requirement, as well as provide them with a toolkit highlighting the law changes.

What do you think about the new age limit? Do you think it will curb teen tobacco use?