Cast of Fiddler on the Roof | Courtesy of Denver Center for the Performing Arts (Facebook)
D. DeGroot 6/25/19
Join the Community
shares

For the love of the theater! USA Today includes DCPA on list of great regional theaters.

We all play a role in the show – and the audience is no exception. One could go as far as to say that the audience plays an essential role in the play from the very beginning. After all, the very intent behind a live theater show is to engage the audience. The building of that connection between audience and actor, creating an atmosphere, is one of the contributors to how successful a show will be. Without an audience to demand performance, the show cannot go on.

The thrill of watching live theater spreads far beyond the stages of Broadway, and there are quite a few fabulous regional theaters in the U.S. that put on outstanding performances on the live stage. Regional theaters are also referred to as resident theatres and are professional or semiprofessional theatre companies that produce their own seasons. 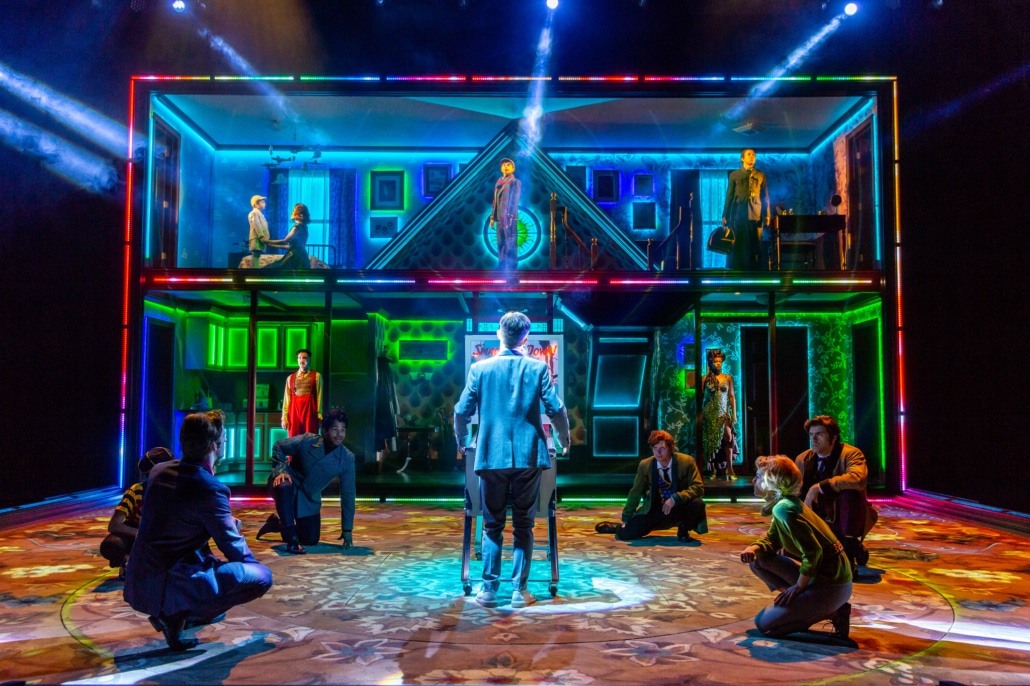 The cast of DCPA Theatre Company's The Who’s Tommy, 2018. Photo by Adams VisCom

Denver’s own Denver Center for the Performing Arts Theater Company (DCPA) has brought hundreds of stage productions to life since 1979. DCPA is first on USA Today's list of great regional theaters across the U.S., and for very good reason. With a crew of in-house artisans, actors, technicians, and experts, this company has been in action for 41 seasons; the shows are intense, original and unique.

The theater company also won a Tony Award for Outstanding Regional Theater in 1988 and takes up a good majority of the DCPA campus. With four performance spaces housed within the Helen Bonfils Theatre Complex; The Stage Theatre, Space Theatre, Ricketson Theatre, and Jones Theatre offer plenty of opportunities to catch a great show.

Classic and new plays and musicals have been produced and presented by the DCPA Theatre company over the last several decades, keeping Denver on the top of the live theater game. This year’s season looks exciting, with a lineup including Shakespeare‘s Twelfth Night and the world premieres of You Lost Me and twenty50.

The next show that the DCPA Theater Company is presenting is Indecent in the Space Theatre. Penned by Pulitzer winning playwright Paula Vogel, this true-life dramatic play presents the story of Sholem Asch’s groundbreaking play, The God of Vengeance, and the story of those who risked everything to tell it. This Tony Award-nominated play is described as:

"Evoking the Jewish experience through traditional songs and dancing, this stirring production will leave you with a deeper appreciation for the art and experiences we often take for granted." DCPA

With adult themes, this show is for those aged 16+ and runs August 30-October 6. The show following Indecent will be a Doll’s House & A Doll’s House Part 2 in The Ricketson Theatre. Tickets for all shows and tickets go on sale later this summer, starting at $30.

You can see the full season dates and shows, as well as ticketing information, on the DCPA ticketing website. The DCPA also offers acting, directing, improv, and movement classes. Check out the website for DCPA Theater Company Productions and other events.

Take a look at all DCPA Theatre Company has to offer the Denver community in the following video:

What is your favorite play or musical that has been put on by the DCPA Theatre Company? Share with us what play you are most excited to see this season with us in the comments below.