Denver Is the Worst City in the Nation for Love ... Again

Denver Is the Worst City in the Nation for Love ... Again

In other words, don't expect to come away from your next date with a soulmate.

The Great Love Debate, a touring series and No. 1 dating and relationship podcast by author Brian Howie, has some harsh words for Denver: we are losers at love. Claiming the title for the second time since 2017 (Seattle beat us last year), we have been named the worst city to find love, and the reasoning is really a shot to the heart (our cold, self-centered heart, apparently): Denver daters lack communication, style, confidence, and enthusiasm.

But wait, there's more, and it's all about the ladies this time.

"And the city's women are equally part of the problem, convincing themselves that their confused style of nose rings, bad tattoos, and Lululemon make them too edgy to relate; spending all waking hours at a co-working cafe plotting their "conscious coaching" empire, loudly declaring themselves too important to date."

Geez, Brian, tell us how you really feel. 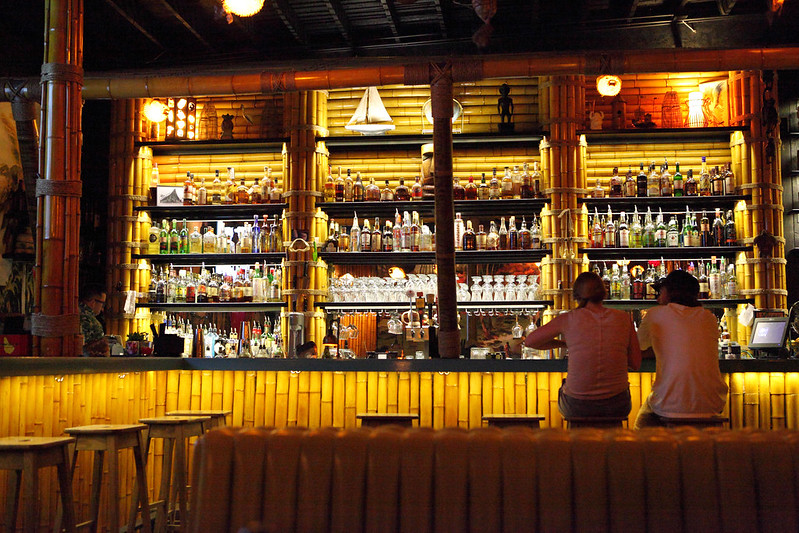 It appears we may need ALL the alcohol to make it through dating in Denver. Courtesy of Sam Howzit, Flickr.com.

So how did we get pinned as the epi-center of self-absorbed jerks? The Great Love Debate has come up with a formula that considered the opinions and demographics from over 107,000 men and women who have attended the tour's shows over the last six years, as well as the millions who have listened to the podcast. While Denver may be the worst (and having been a swimmer in that particular dating pool, I can't disagree), it appears dating everywhere is getting less and less appealing.

"There are opportunities in every city, every day, to find the connection you are looking for," relates Howie. "But there are certain cities where the singles are certainly making things harder for themselves. 2019 was unquestionably a challenging year for the dating dynamic between men and women throughout the country, and these 10 cities definitely stood out as not being up to the challenge."

And to make us feel a slight bit better, here's what Howie had to say about a few of the other cities that made the Worst-City-for-Love Top 10:

ST LOUIS: "The city that clings to its belief that it's a great place to raise a family. The problem is there is almost no one there you would want to start that family with."

PORTLAND: "Trying to be the center of the Beard & Beer Universe is never a good way to show you actually care about being in a relationship."

PHILADELPHIA: "Hard to find love in a place where the women believe all the men are jerks, and the men all believe that's a compliment."

Ouch. What do you think? Is Denver doomed to a loveless future? Let us know in the comments!