Congratulations, Denver—you did it! Another weather record shattered, though us residents may not be feeling super enthusiastic about it now that its all over. From Wednesday night to Thursday morning, Denver's official temperature dropped from 83 degrees on Wednesday afternoon to an invigorating 19 degrees on Thursday morning. Mother Nature's mood swings set new records for the largest one- and two-day temperature swings in October in Denver.

While this storm created the largest temperature swing over two days in the month of October, it actually only ties for 15th in Denver's recorded history. The grandaddy of temperature swings happened in 2008 when it went from 58 degrees to -18 degrees on December 13-14. This week's swing also tied for 12th in one-day temperature changes in Denver's recorded history. The top honors in this category go to 1872 for its brilliant 66-degree swing on January 25, dropping from 46 degrees to -20 degrees. 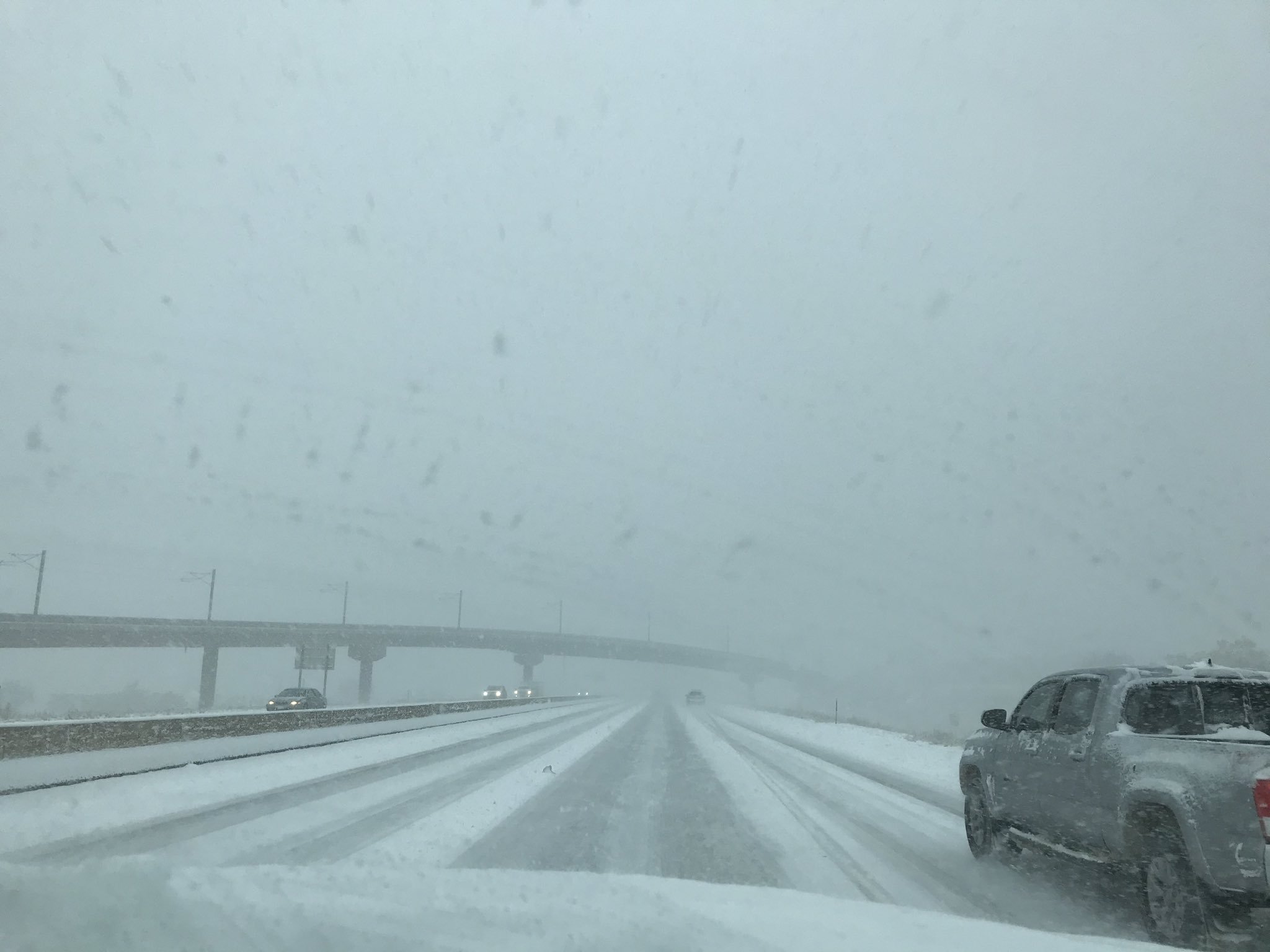 With the cold came snow, and with the cold and snow came a snarled mess on the roadways. It was an ice rink out there as the early precipitation froze down on the streets and then layers of snow piled on. Denver and much of the surrounding areas were put on accident alert, and accidents we did have. Several RTD buses and light rails fell victim to the weather conditions, and I-25 saw closures due to accidents.

According to police departments in the Denver metro area and Aurora, more than 300 accidents were reported. The Denver Police Department reported nearly 100 accidents during the morning rush hour and 193 total heading into the evening rush, which was fairly uneventful. Kudos to the department for keeping a sense of humor as it kept people updated on Twitter throughout the day—and way to go residents for warming your cars up responsibly! Or at least, way to not have your cars stolen.

#Denver, we just want to take a moment to celebrate with you because we got through the morning with ZERO puffer reports! Zip, zilch, nada! Not a single one if you had your cars stolen while it was running unattended and that’s awesome! #GoYou #CommuteResponsibly #Snow pic.twitter.com/FDCwjsAzhT

In all, it appears that most of the metro area and immediately surrounding suburbs got between 4 and 5 inches of snow, according to weather.gov. The farther north you go, the less snow fell, with Fort Collins coming in between 2 to 3 inches.

The mountains got some decent precipitation with Estes Park measuring 6.7 inches, as well as Steamboat and Breckenridge reporting about 6 inches.

The storm that hit Colorado is moving on to create havoc for other parts of the country. It has been dubbed "Winter Storm Aubrey" by The Weather Channel and it could bring dangerous blizzard conditions to the northern Plains throughout this week.

How did you deal with the snowstorm yesterday? Sound off in the comments below.