Around 35,000 kids citywide are registered for free books through the country music star's literacy program.

The DC Public Library has teamed up with Dolly Parton for a citywide program that gives out free books to registered children on a monthly basis, and now they've set a record—one million books, to be exact!

Last month, the library's program Books From Birth hit a staggering one million books sent to children in the D.C. area since 2016, when the city partnered up with Dolly Parton's Imagination Library in bringing quality books to families in the District.

The country music legend wrote a heartfelt letter to the city, expressing gratitude for the library's hard work in making her program a success.

"I always say that while I often get a lot of the credit, it is really our local partners, like the D.C. Public Library and the many volunteers that deserve our praise," she said.

Literacy is a personal topic to Parton—her father worked at a young age and never learned to read and write. In 1995, she created the Imagination Library to promote childhood literacy in her native Sevier County, Tennessee. Now the project's recognized globally, taking root across the United States as well as Canada, Australia, Ireland, and the United Kingdom. In D.C., 35,000 children are currently enrolled in Parton's program. 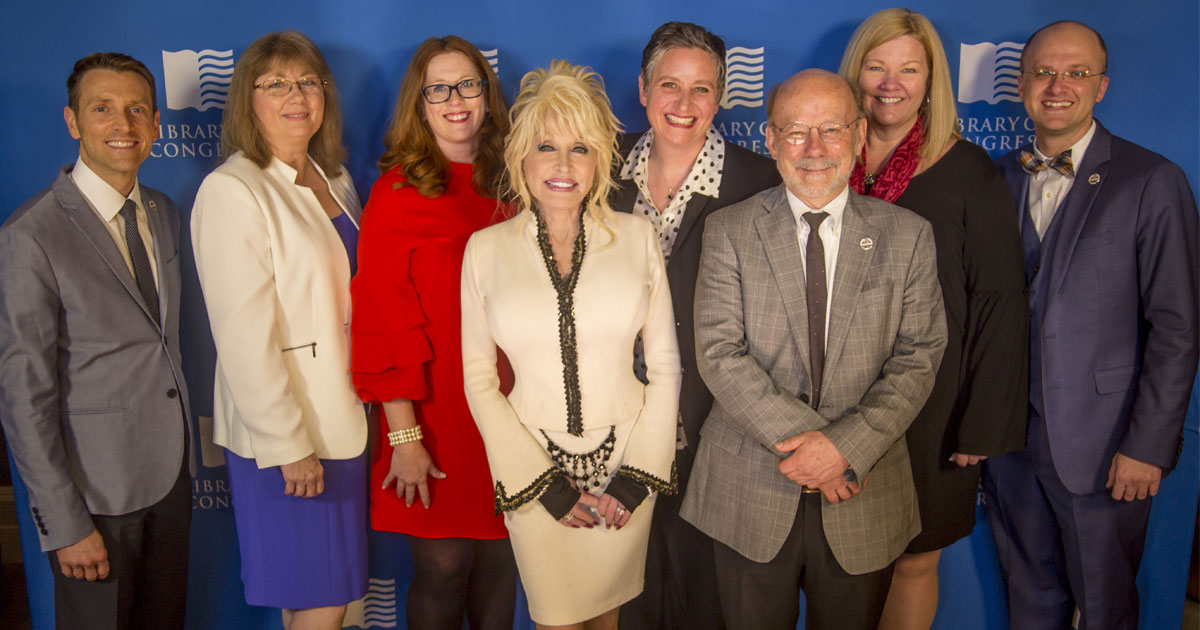 Dolly at the Library of Congress, courtesy of Dolly Parton

Books From Birth has a simple and admirable goal: to furnish a life-long love of reading in children. Kids between the ages of 0 and 5 receive a book each month in the mail, with the final one arriving for the month of their birthday. The titles are selected by Imagination Library and cover a diverse array of content that's appropriate for each age group. A child's first book is The Little Engine That Could, while for their fifth birthday they receive the preparatory Look Out Kindergarten, Here I Come!

This isn't the first milestone the organization's had. In 2018, the singer appeared at the Library of Congress to celebrate the charity's 100 millionth book—a whopping number considering its humble beginnings as a charitable effort in her home town. And as of August 2019, over 125 million books have been mailed to children worldwide.

You can view the Imagination Library's website for more information about the program.

What do you think of Dolly Parton's Imagination Library? Has anyone registered their child in the Books From Birth Program? We would love to hear from you in the comments!