Animal lovers in rural Colorado will get a chance to adopt a new pet with the opening of the new animal shelter.

Dumb Friends League (DFL) is expanding its mission to help animals in Colorado by opening a new shelter in Alamosa County. The Denver-based animal shelter plans to open an 8,500-square-foot shelter with enough space to care for 2,500 homeless animals.

The new shelter, which will be called the San Luis Valley Animal Center, is scheduled to open this summer and will start breaking ground in April and open in August or September 2020, according to a press release statement from February. The DFL's Office of Public Relations has not announced if there'd be any delays in construction due to the recent spread of COVID-19 in the state of Colorado.

DFL is looking to fill a large gap in animal care and services in a region that has historically been scarce of animal resources in the past.

“Our mission is to end pet homelessness and animal suffering,” said Dumb Friends League President and CEO Dr. Apryl Steele. “San Luis Valley Animal Center is an opportunity for us to use our knowledge and resources to successfully operate a rural facility and work toward our mission by improving animals’ lives across the state.” 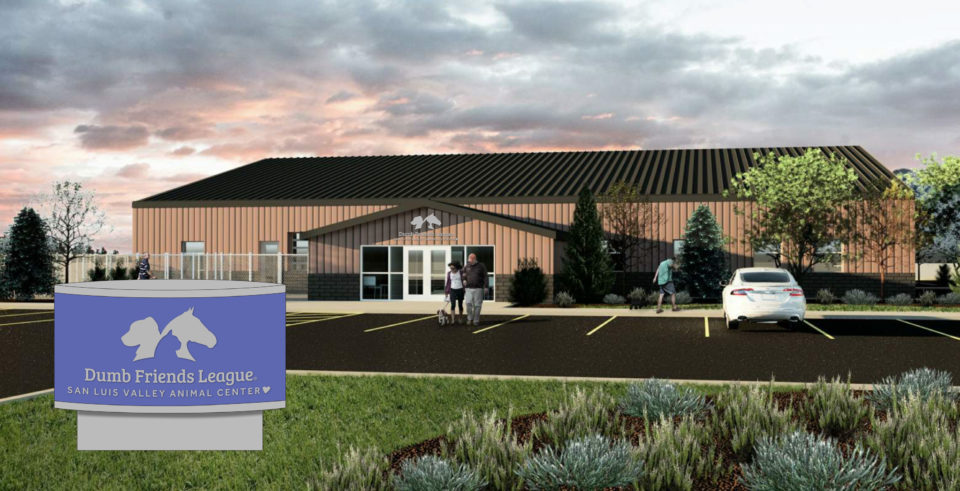 The Alamosa County Commissioner Darius Allen approached DFL for guidance on a long-term solution for animal welfare in the region. From the early stages, the community was eager and supportive to establish a new shelter in Alamosa.

San Luis Valley Animal Center will have enough space and resources to care for 2,500 pets per year. The shelter will provide care for lost, stray, or abandoned pets. Animals that are not claimed or adopted by the local community will be transferred to other areas to increase their chances of being adopted.

The creation of the San Luis Valley Animal Center is not just the sole effort of DFL. The City of Alamosa and Alamosa County have also contributed greatly to the expansion of the new animal center by donating the land where it will be built. Valley Humane League, alongside local veterinarians, will be collaborating to provide the required services for the animals.

The total cost of the facility is estimated at $1.7 million, the majority of which was donated by donor and art collector Henry Roath. The rest was donated by the Animal Assitance Foundation and the American Society for the Prevention of Cruelty to Animals.

For more information on the new center or how you can donate to the Dumb Friends League, visit their official website.