They've been detected in Arvada, Boulder, Broomfield, Fort Collins, Longmont, and Westminster, among other areas.

The tree-killing beetles are responsible for the death of tens of millions of ash trees in North America—they've been in Colorado for the last seven years, first detected in Boulder in 2013. And now, the emerald ash borers have been spotted yet again throughout the state.

Areas like Arvada, Berthoud, Boulder, Broomfield, Fort Collins, Longmont, Lyons, and Westminster have all spotted the pesky beetles, according to reports.

Officials in Arvada state that they're not sure how the beetle arrived—through natural spread or accidental human transports (i.e., firewood, etc.)—but it's more than capable of making a half-mile trek per year on its own.

Meanwhile, experts at Colorado State University in Fort Collins have been prepared for the emerald ash borer's imminent arrival for 10 years, saying they've got a plan in place "to tackle the issue." This plan focuses on saving the larger trees through trunk injections, which would need to be done throughout the life of the tree, as well as removing any trees 15 inches or smaller in diameter. It will take over the course of three to six years to remove and replace the trees.

First discovered in 2002 in Michigan, the emerald ash borer has since migrated to at least 35 states, says Colorado Parks and Wildlife (CPW). It is not native to the United States, instead, it originates from Asia.

Emerald ash borers can be identified by their elongated and cylindrical bodies, as well as the bright, metallic green color. "The emerald ash borer is commonly mistaken for the six spotted tiger beetle, the two-lined chestnut borer, or the Japanese beetle," says CPW. 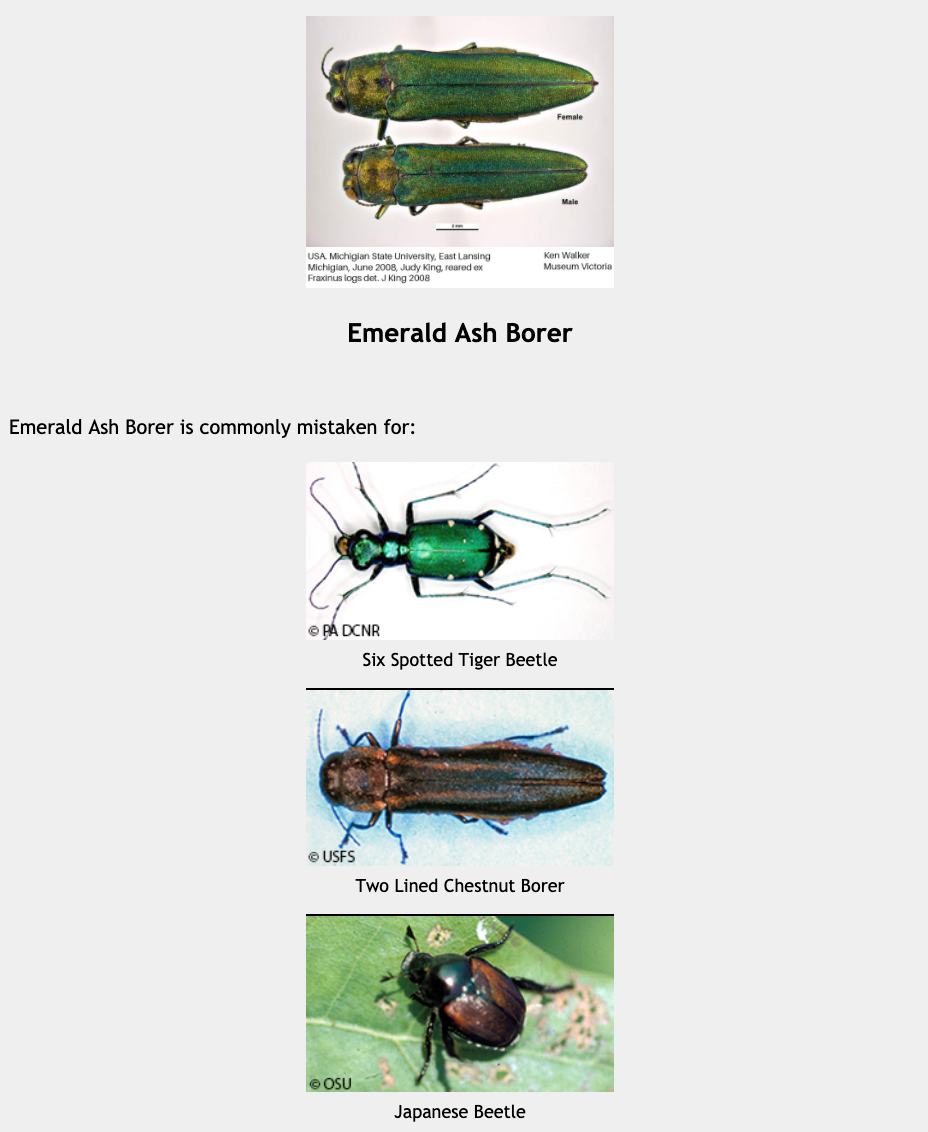 Courtesy of the Colorado Department of Agriculture