14 ferrets released near Pueblo are bolstering the state's and nation's population.

In an effort to restore the state's black-footed ferret population, Colorado Parks and Wildlife (CPW) released 14 of the species near Pueblo in November. This latest release is one of several across the state, dating back to 2001.

Watch as an endangered black footed ferret pokes his head out of a prairie dog burrow and explores his new home. @COParksWildlife Biologist released 14 ferrets, the rarest mammal in North America, today on the Walker ranch West of Pueblo. Just 18 ferrets survived in 1986. pic.twitter.com/HXhMGGtG3k

The ferrets were released on Walker Ranch near Pueblo West. Since 2013, CPW has released a little over 100 black-footed ferrets onto this same property. During the process, the animals are turned loose in a prairie dog colony, which will help them establish their own colony, giving them a better chance of living in the wild.

Unfortunately, while they provide a helpful place for the ferrets to get their start, prairie dogs are also a reason why the species has struggled. Prairie dog colony removal processes, including poisoning, as well as the plague that is often carried by fleas on prairie dogs, hit the ferret population extremely hard. In fact, the species has been thought to be extinct in the United States twice and has been listed as endangered since 1967. Colorado's last recorded wild ferret sighting, prior to reintroduction, was in 1946. What may have been the last known colony in the entire country was located in 1986 in Wyoming, and it is from its 18 surviving animals (of an original 126), that we have the animals being reintroduced today. 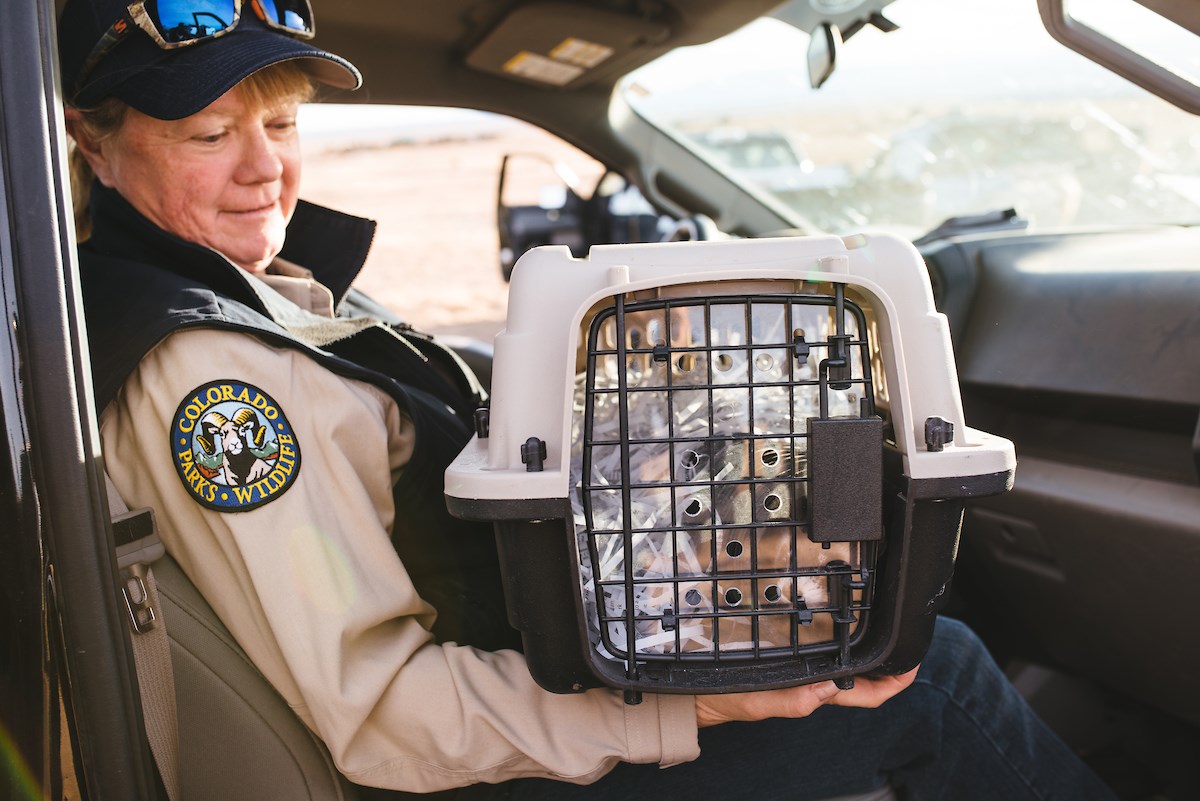 It isn't easy to get a species started and surviving in the wild. Colorado's first attempt at reintroduction of black-footed ferrets was north of Rangely in 2001. By 2010, that entire colony had succumbed to the plague.

According to CPW biologists, they can’t know for sure whether black-footed ferret reintroduction efforts can be deemed a “success.” But biologists found a hopeful sign with the first wild-born kit, or baby ferret, in 2015 and more after that.

"Our goal is to create conditions where we have a self-sustaining population of ferrets and captive-born ferret releases are no longer necessary," said Ed Schmal, CPW conservation biologist in a statement. "To do this, we need to maintain healthy prairie dog populations and implement annual plague management."

Luckily, owners of the Walker Ranch, Gary and Georgia Walker, have worked closely with CPW officials to monitor both the health and management of the ferrets and prairie dogs.

"Gary and Georgia were the first private landowners in Colorado to release black-footed ferrets," Schmal said of the critical role played by the Walkers in hosting ferrets. "Their unwavering support for the recovery of this species is a testament to their conservation ethic and commitment to wildlife. We couldn’t do this work without cattle ranchers like the Walkers."

You can read more about the reintroduction efforts on the CPW website.

Have you seen a black-footed ferret in the Colorado wild? Let us know in the comments below!