The Farmers' Almanac has released its predictions/forecast for Winter 2021–2022, and things are looking chilly for Colorado this season.

According to the almanac, Colorado should expect "a season of flip-flop conditions with notable polar coaster swings in temperatures." 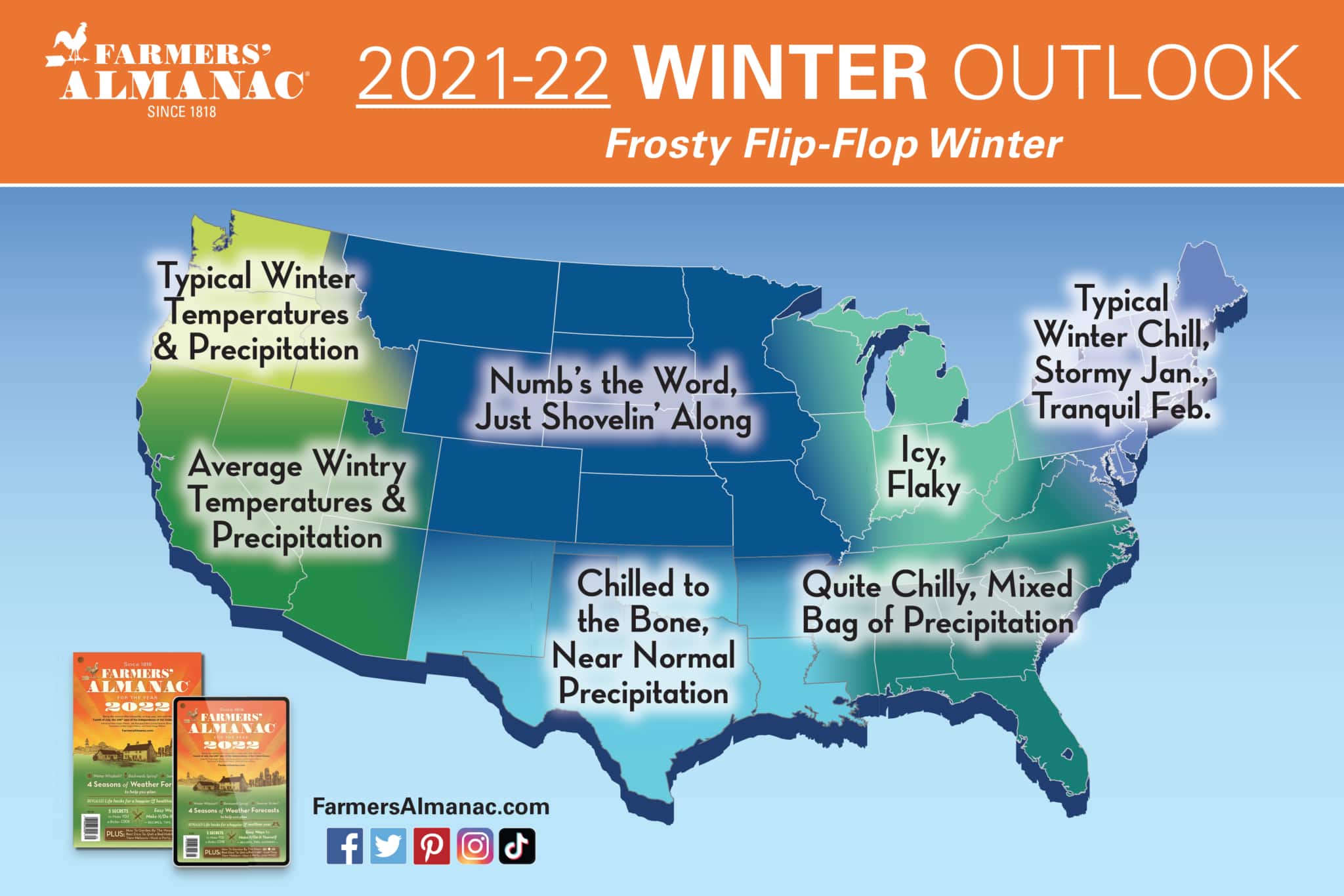 Courtesy of the Farmers' Almanac

The average first date of snow in Denver is October 18. The earliest recorded snowfall in Denver was September 3, 1961.

So, how accurate is the Farmers' Almanac? Using a hush-hush astronomical and mathematical formula that "relies on sunspot activity, tidal actions, planetary position, and many other factors," it's been fairly spot-on for the last several years.

The Farmers' Almanac has been predicting the weather since 1819.

How do you feel about winter? Let us know in the comments below!

You may also be interested in:
October 1997 Snowstorm Was Among the Deadliest in Colorado History