Girls just wanna have fun: A female deer broke into a King Soopers and had herself a grand ol' time.

Just after 6 p.m. on Monday, May 6, normal shoppers at the 995. S. Hover St. King Soopers were joined by a new kind of customer: a wild, female deer.

She made her way through the front entrance of the Longmont store that evening. She wasn't strolling through produce, looking for Snow White. Cameras caught her sprinting and jumping. From there, she proceeded to "knock some stuff over" before she made her way to her true destination at the deli counter.

Store officials were able to corral her behind the deli counter where they waited for police to show up. "King Soopers did a good job corralling the deer into one particular area," Longmont Police spokesman Paul Beach said. The whole ordeal only lasted an hour at most. No human injuries were reported. 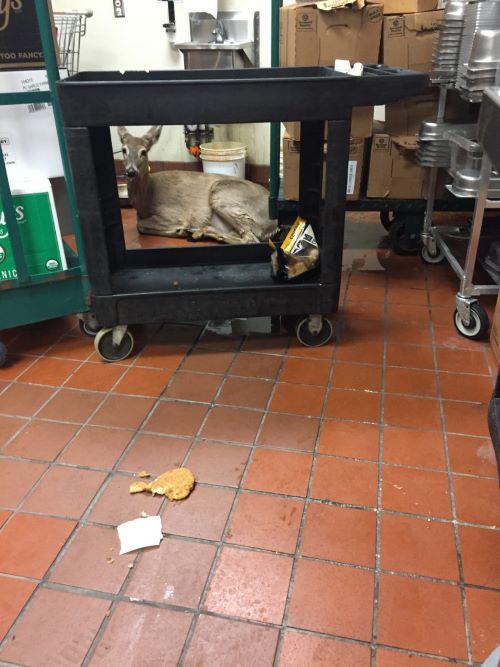 As for our rebellious lady, she made it out a-okay! She only did minor damage to her body and face. The Longmont Police Department tranquilized her and plan to release her back into the wild.

Whether her intentions were rebellious or purely accidental, one thing’s for sure, James Potter would be very proud of her.

Have you ever caught a wild animal where it wasn't supposed to be? Sound off in the comments!