The monument has been closed for over three years.

The Washington Monument will finally reopen to the public on September 19, 2019. The famed obelisk monument closed over three years ago for repairs on the elevators and to add a new security center. The National Park Service had hoped to have the monument open this summer for the tourist season, but during construction last spring, contaminated soil was found near the base of the monument, delaying the process.

The monument closed on August 17, 2016, due to problems with the elevator. The entire system has been overhauled to add new cables and gears, a refurbished elevator cab, landings every 30 feet for safety, and a new electronic diagnostic system. The $3 million project was financed by a grant from philanthropist businessman David Rubenstein.

“The monument has become a symbol of our country, and reminds everyone of the towering strengths of our first president," said Rubenstein. “I am honored to help make this symbol safely accessible again to all Americans as soon as practicable.” 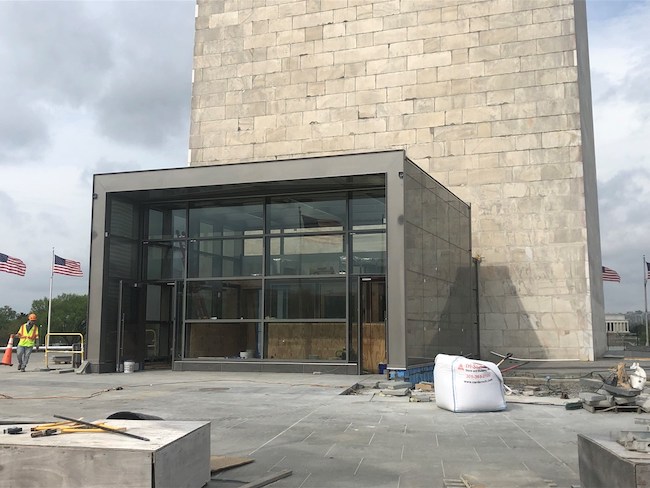 In addition to the elevator repairs, construction was completed on a new security screening building. The new building is made with blast-resistant glass and steel and replaces the temporary center built in 2001. Contaminated soil found at the base of the monument has also been remediated.

Visitors to the monument can pick up free tickets for same-day tours at the Washington Monument Lodge on 15th Street between Madison NW and Jefferson SW. Tickets are dispensed on a first-come, first-served basis beginning at 8:30 a.m. For the first time ever, tickets will also be available online beginning on October 19, 2019. Book tickets beginning October 10, at recreation.gov or by calling (877) 444-6777 (processing fees apply). The Washington Monument is open daily from 9 a.m. to 5 p.m.

Will you be taking advantage of new advance ticket reservations for the Washington Monument? Are you excited that's it's finally reopening? Tell us in the comments!

BREAKING: NASA and SpaceX Cancel Launch Set for May 27