Fort Collins came in at No. 7 and Colorado Springs finished at No. 13.

While you hear many, many, many, many (ad infinitum) people complain about Denver metro area traffic, it turns out that a drive north or south at a sensible speed will park you smack dab in Best Driverville.

Allstate recently analyzed its claim data from 200 of the largest U.S. cities to determine which have the safest drivers. Colorado, Florida, Texas, and Kansas were the only states with two or more cities in the Top 15 (the safest drivers) of the ranking.

"The Allstate America's Best Drivers Report is the result of an in-depth examination of company auto claims data to determine the likelihood that drivers in America's 200 most populous cities will experience a vehicle collision compared to the national average," said the report.

This year, Colorado made a great showing in the Top 15:

Two other metro-area cities also placed in the Top 50: Thornton ranked No. 30 and Lakewood ranked No. 39.

Despite people claiming Denver has awful drivers (it was ranked No. 83, so about the middle of the pack), the ranking actually found that Worcester, Mass., Boston, Mass., Washington, D.C., and Baltimore, Md. have the country’s worst drivers, according to the report. For the first year ever, the report also identified the worst roads in the bottom-ranked cities. 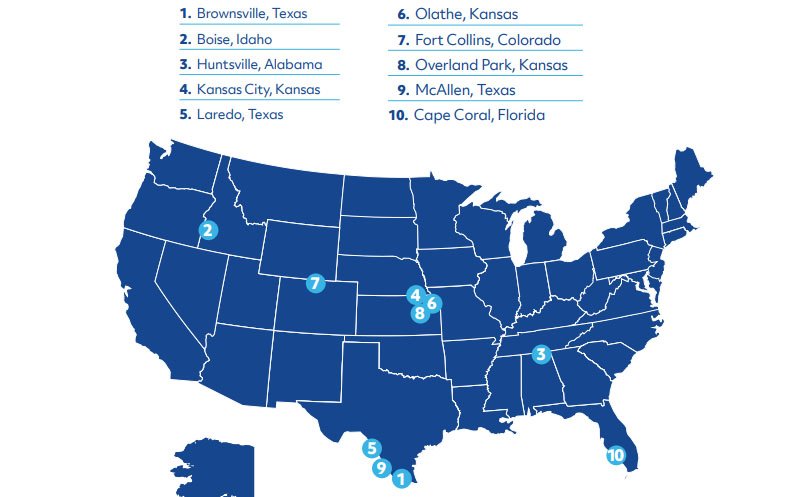 What is just as interesting is other accident statistics that the report found. Analyzing claims between January 2016 to December 2017, it found the average driver in the U.S. will make a claim every 10.57 years. If people participated in Allstate's Drivewise program, their data analysis found that those that hard brake less have fewer claims, which is pretty logical. Nationally, the average American driver will experience approximately 19 hard-braking events for every 1,000 miles driven.

"Allstate's auto policies represent approximately 10% of all U.S. auto policies, making this report a realistic snapshot of what's happening on America's roadways," said Allstate. "The Allstate America's Best Drivers Report is produced solely to boost the country's discussion about safe driving and to increase awareness of the importance of being safe and attentive behind the wheel."

You can check out the full results of Allstate's report, as well as its Risky Roads assessment for the bottom-ranked cities on the insurance company's website.

What do you think? Are the drivers in your community the good, the bad, or the ugly? Let us know in the comments!