"My mom just always pushed education, pushed advanced academics, and especially being at the elementary school in Harlem, I was surrounded by other people who were advanced, so it just felt like the norm for me,” Curtis said, according to AmoMama.

Curtis's journey into academic success started at the tender age of 2, when his mom taught him to read and solve simple math problems. From there, he attended a school for gifted children in Harlem, New York, before moving to Texas where he skipped fourth grade and moved directly to fifth.

After he completed middle school, Curtis's family moved to D.C. where he was enrolled in the School Without Walls, one of the most popular magnet schools in D.C. Curtis cites this school as preparing him well for college. He was accepted into the GW Early College Program, which allowed him to start earning college credits before enrolling full-time in their Associate of Arts Cohort program.

“I feel like I was prepared for the academics because Walls is a very rigorous high school; it’s the top high school in D.C., so a lot of the work that we did reflected the work that I’ll be doing here in college,” Curtis said, according to The GW Hatchet. 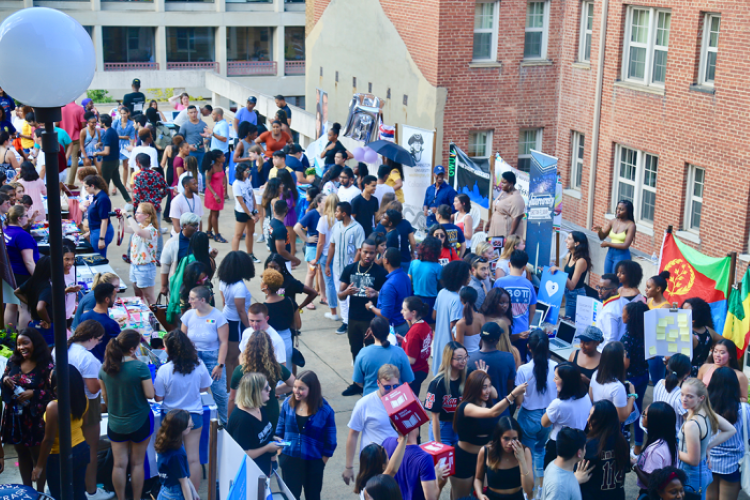 While Curtis may have been well-prepared for his first day, many of his peers were surprised to see him. Some students even asked if he was lost. Fortunately, it seems like everyone has gotten used to the prodigy, and they even have study groups together.

He's currently studying African history, astronomy, calculus, and university writing, reports WTOP. While he can't declare a major just yet, he's hoping to become a paleontologist. He's loved dinosaurs and paleontology since he was a toddler, and that passion hasn't waned.

Personally, I look forward to seeing what this gifted man will accomplish. He seems to have already accomplished more at 14 than some people have at twice his age.

What are your thoughts about the youngest member of GWU's 2023 class? Let us know in the comments!