Chicken Guy! is coming to Maryland, but you’ll have to visit FedExField to try it.

Food Network star Guy Fieri is bringing another new restaurant to Maryland. The Washington Redskins have announced the addition of Fieri’s new Chicken Guy! to FedExField for the new 2019 season. This will be the third Chicken Guy! to open in the country and the first outside of Florida. It joins several new food and beverage offerings for fans visiting FedExField next season.

Chicken Guy! is a joint venture between the Diners, Drive-ins, and Dives host and businessman Robert Earl. The menu features fried chicken tenders brined in lemon juice, pickle brine, buttermilk, and fresh herbs. Strips can be served up in a sandwich, salad, or a la carte, accompanied by up to 22 different sauces. The wide variety of sauces includes flavors like curry mayo, wasabi honey, sweet sriracha bbq, lemon pepper, and cumin lime mojo. 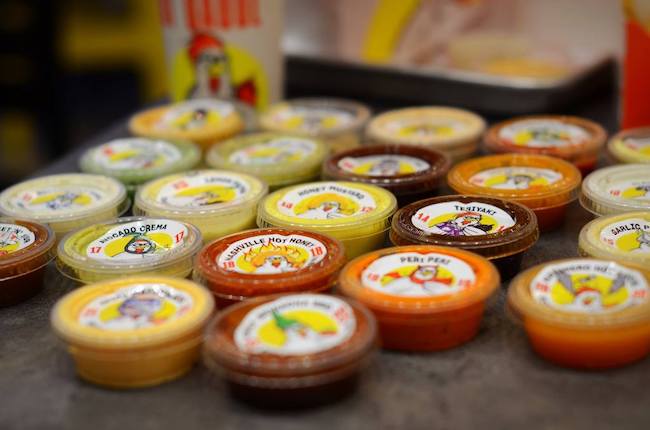 Sides at Chicken Guy! include French fries, slaw, fried pickles, and mac n’ cheese. Fries can be served plain or loaded with sauce, bacon, green onions, and chopped chicken strips. The FedExField location may not serve the same menu items that are available at the Florida locations.

In addition to Chicken Guy!, FedExField is adding a second fan pavilion and several new food options. The second Bud Light Party Pavilion will have a 90-foot bar and live music and will open three hours ahead of kickoff. Fans will be able to get funnel cake fries at Boardwalk Fries, an avocado burger at Johnny Rockets, and vegan and veggie items at Ben’s Chili Bowl. Three new grilled cheese sandwiches can be found at carts throughout the stadium, and fans over 21 can indulge in Burgundy Crush, a Redskins version of sangria.

The Redskins' first pre-season game is on August 15, 2019, and the regular season begins on Sunday, September 8, at the Philadelphia Eagles.

Have you had the opportunity to eat at Chicken Guy!? What did you think?