The Loggerhead hatchlings emerged from their nest and made their way through the sand into the Atlantic Ocean, with a little help from their friends.

At 11:35 p.m. on Sunday, August 4, the Loggerhead sea turtle hatchlings needed a little help from the Virginia Aquarium’s Stranding Response Team to reach the waves of the Atlantic Ocean. Having hatched on Virginia Beach's North End, the 87 hatchlings would have ordinarily used the moon and reflection off the ocean to guide them. This night was overcast, however, and the moon wasn’t bright enough to guide the little guys. Several became disorientated and headed toward the dunes.

That’s when the Stranding Response Team stepped in to help their little buddies by creating an “artificial moon.” Using headlamps and cell phone lights, the hatchlings were able to flipper their way toward the foamy waves to get washed away toward their futures at sea. The amazing ritual continued until the last hatchling entered the ocean at 12:34 a.m. on August 5 (watch the migration). 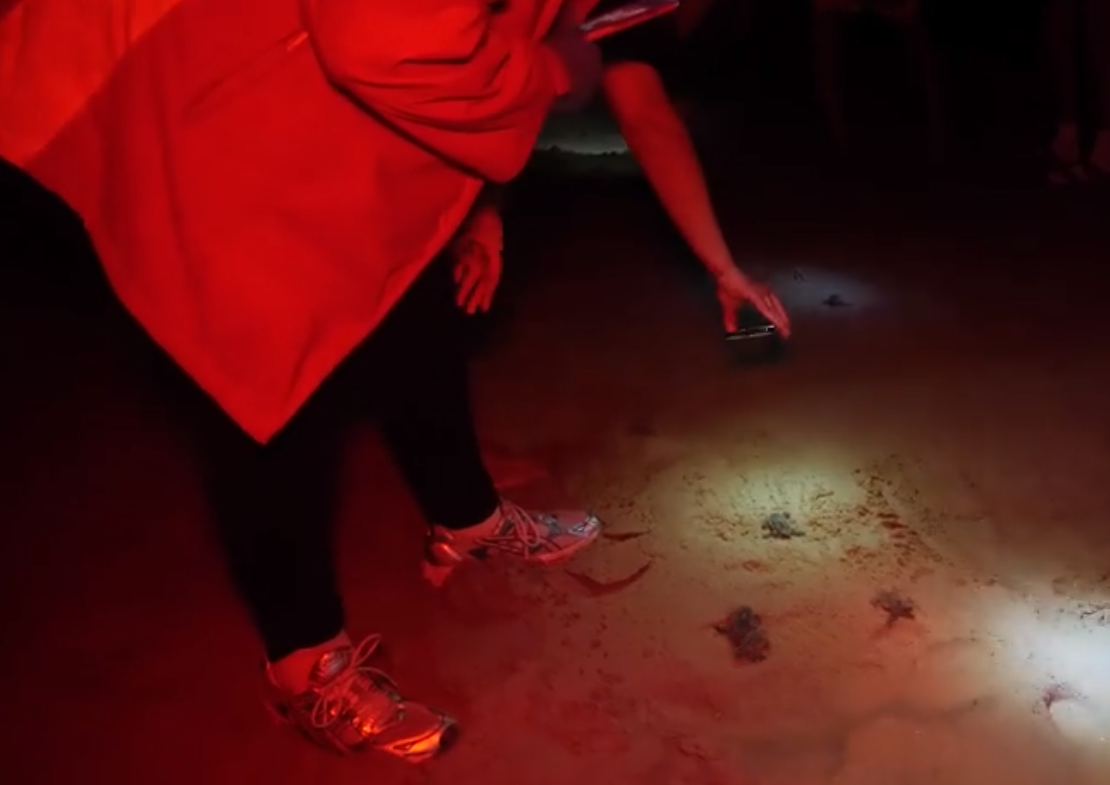 The baby turtles will make the long journey to the Sargassum Sea in the Atlantic Ocean, where they will find small crustaceans to eat, as well as refuge from predators.

There are 66 eggs remaining, and the team will spend the next few days waiting to see how many will hatch. Unfortunately, not all will, as only one out of 1,000 survive to adulthood. This unfortunate statistic has the sea turtles listed as threatened under the Endangered Species Act of 1973. They are protected by both federal and state laws. Also, the Loggerhead nesting population is continuing to decline, and it has been recommended they be reclassified from threatened to endangered.

The nest was discovered on June 4 at the North End of Virginia Beach. It is unusual for a mother to nest in this area, as it is primarily a residential area and the beach is widely used by its residents. They normally prefer a more secluded beach. Upon discovery, the nest was sectioned off with caution tape, signs, and a screen to keep inquisitive people, dogs, and other predators away. On July 24, volunteer "nest sitters" began their vigil watching over the nest every night. While the Stranding Response Team didn’t know exactly when they would hatch, they had a pretty good idea of a range. The average is around 60 days; this nest hatched in 58 days. 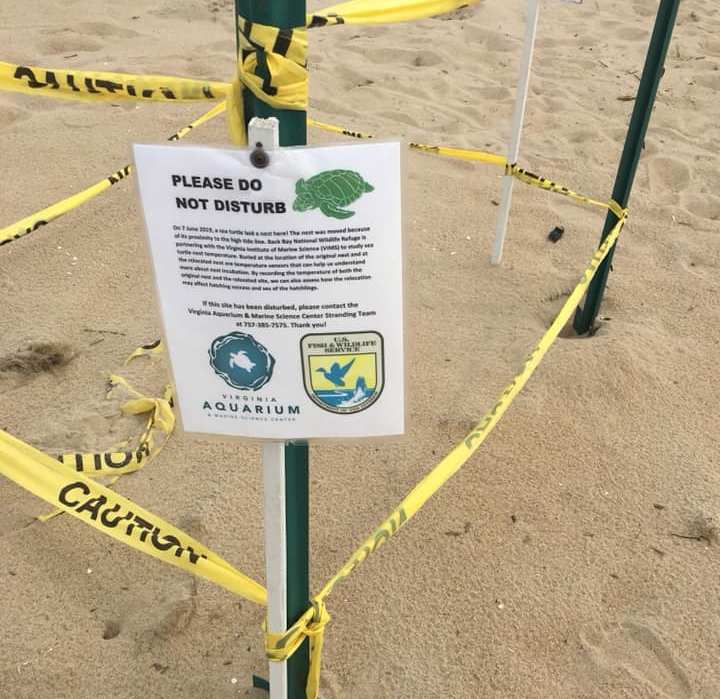 The nest sitters will continue to watch over the remaining 66 eggs until all that will hatch have the same opportunity to scamper safely with their flippers through the sand and into the ocean. 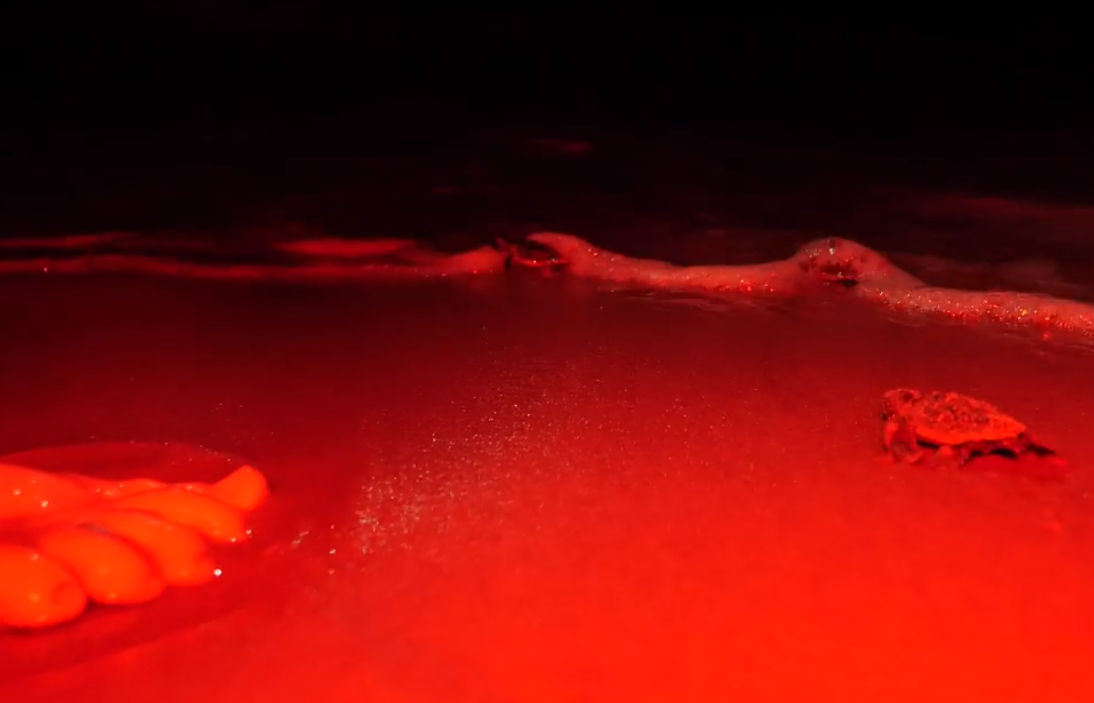 If you ever have the chance to visit the Virginia Aquarium in Virginia Beach, the Light Tower Aquarium with sea turtles exhibit is amazing and one of my favorites.

Welcome to the world, little ones. We are so glad you're here.