In Wake of Hurricane, Texas Rescue Animals Evacuated to Animal Shelters Across Virginia

In Wake of Hurricane, Texas Rescue Animals Evacuated to Animal Shelters Across Virginia

Over 130 dogs and cats are finding shelter from the storm in Virginia!

As Hurricane Laura continues farther inland after making landfall Wednesday afternoon, people from Texas, Louisiana, and Arkansas prepare for the worst and hope for the best. Although the hurricane has been downgraded and officially passed some locations, the threat of storm surge, extreme winds, and flooding still looms.

But there's good news! Animal shelters along the coast of Texas were able to relocate over 130 animals to safety thanks to cooperation with Petco Foundation and the Richmond SPCA.  The animals caught a flight from Houston, Texas, and the first stop was the Richmond JetCenter, Inc., very close to the Richmond International Airport.

The airlift was provided by Wings of Rescue, a nonprofit organization that transports endangered animals to safety. According to their website, they have flown 99 flights carrying 7,161 pets (4,868 dogs, 2,276 cats, 13 pot-bellied pigs, 3 rabbits and one Cockatoo). 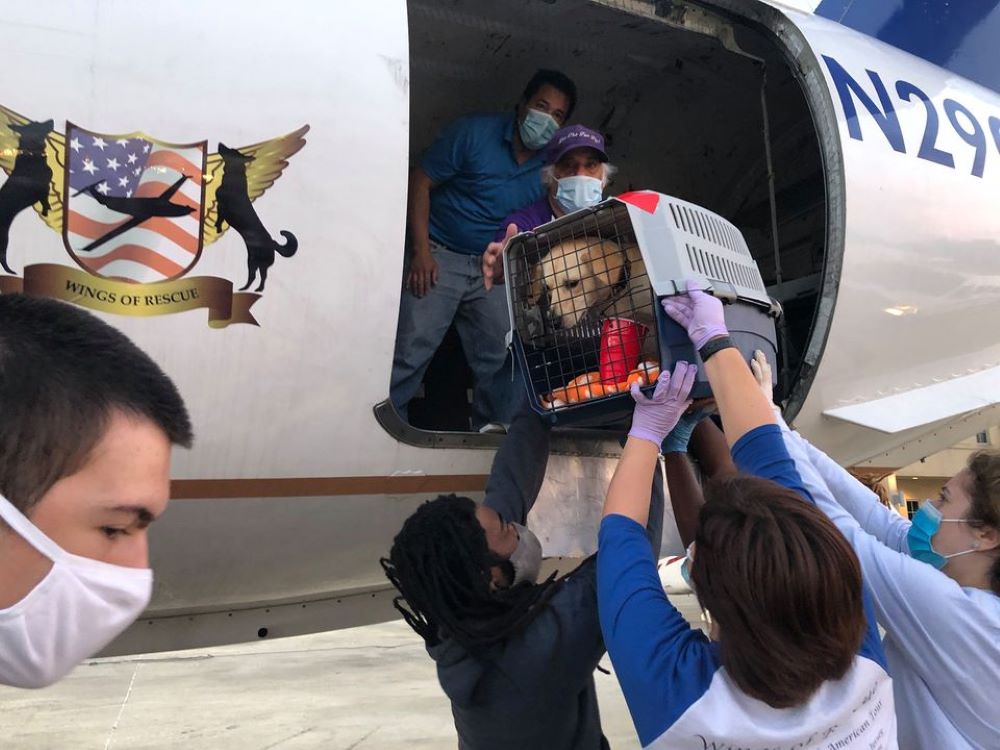 Wings of Rescue prepare their airlift from Houston, TX (Facebook)

The Richmond SPCA has taken in 31 animals—21 cats and 10 dogs—and are currently giving them exams and any healthcare they may need to prepare them for adoption.

On their Facebook page they say "It’s an overwhelming feeling of relief to know that they’re all out of harm's way" and they will certainly "shower them with lots of love."

But the good news doesn't end there! The other 100 or so animals are being transported to new shelters, too! The future stops will be the Charlottesville-Albemarle SPCA, Angels of Assisi shelter in Roanoke, the Fredericksburg SPCA, and the Homeward Trails shelter and Lucky Dog Animal Rescue, both located in Arlington. Be sure to check the local shelters to find out when the animals will be available to adopt!

Will you be taking in a hurricane rescue pet? Will you be naming it Laura—even if it's a boy? Let us know!