It's a Bird, It's a Plane, It's the Colorado State Patrol!

It's a Bird, It's a Plane, It's the Colorado State Patrol!

CSP and local sheriffs’ departments team up to tackle speeding from the sky.

Anyone who has ever driven through Colorado has seen those signs around the state that say, “Speed Checked by Aircraft.” If you have wondered if there is any truth to those signs, we can let you know definitively that this is not a scare tactic or attempt to prevent speeders. The signs speak the truth, the Colorado State Patrol (CSP) does have aircraft that they use to monitor traffic across the state’s highway system.

CSP utilizes a small fleet of aircraft to monitor and observe traffic from the air and has actually been using this method since the late 1960s. Three Cessna 182 aircraft owned and operated by the CSP are used to monitor driving conditions across the state. The planes fly above the highways at altitudes up to 1,500 feet that allow for officers to see driving behaviors across the state, even in areas with rough or hard to cover terrain. With this unobstructed and long-range view, they can point out and see behaviors that officers on the ground may miss.

The smaller planes fly at a lower altitude than similar aircraft which usually fly at an altitude near 10,000 feet. 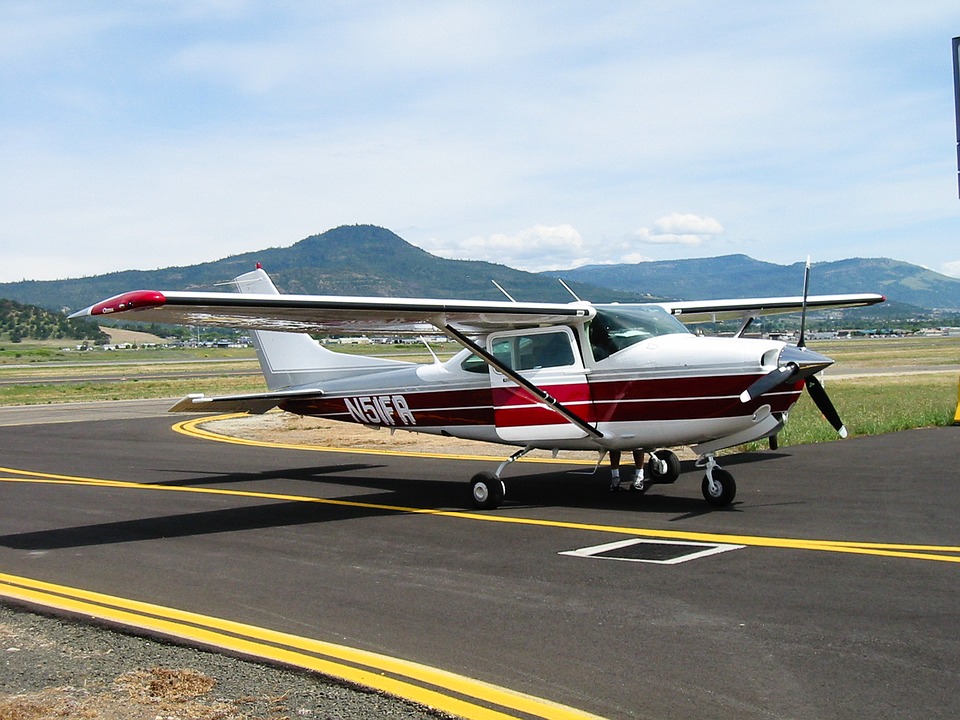 White lines painted a half a mile apart on the roadways help the airborne officers to monitor speeds; they time how long a car takes to cover the distance between lines, then calculate the speed. If there is a need, they then communicate with officers on the ground who stop and issue citations to the speeders.

"Trying to describe these driving actions to the officers on the ground sometimes gets challenging," said Trooper Nate Reid. "A lot of the traffic looks alike from 1,500 feet."

Air patrols are conducted on a regular basis across the state in partnership with the CSP and local sheriff offices throughout the state. One such partnership is with the Douglas Country Sherriff’s Office who CSP teamed up with back in April to specifically pinpoint speeding and dangerous driving on the I-25 Gap Project between Monument and Castle Rock. This three-year project is right in the middle of a notorious place for speeders and other unsafe driving activities. 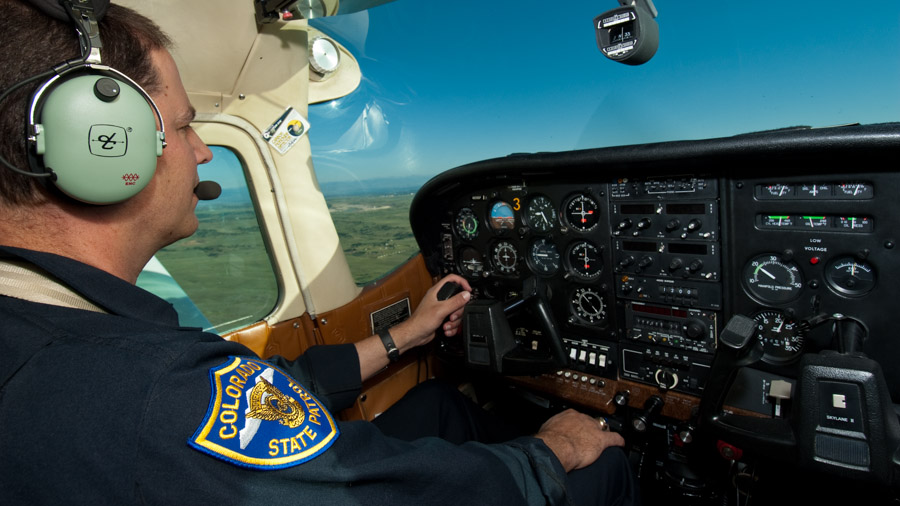 Drivers across the state engage in speeding, distracted driving, following too closely, unsafe passing, aggressive, or other dangerous behavior that put their own lives and the lives of everyone else on the road at risk. With construction projects going on all over the roadways, the risk increases for crashes and injury. And as traffic increases with more and more people flowing through the state, CSP is working to reduce these kinds of behaviors through the traffic air patrol program.

So, the next time you are cruising the highways and byways of the state, keep an eye on the sky. That little low flying airplane you see might just be keeping an eye on you.

Have you seen one of these traffic air patrols out and about? Let us know in the comments below.

Regulations Keep Scooters Out of Virginia Beach So Far This Summer