Congratulations to The Denver Zoo and its 13-year-old Greater One-Horned Rhino, Tensing! Tensing gave birth to a beautiful, female calf on Saturday, and by all reports, mom and baby girl are doing well.

“The birth of this calf is the result of a truly heroic effort by our animal care, health and science teams and partners from other zoos to support the species,” said Brian Aucone, Senior Vice President for Animal Sciences. “It’s a significant event for several reasons, including the fact that this is the first greater one-horned rhino born at Denver Zoo, and because it was another very important step in reproductive science for animals in the wild and human care.” 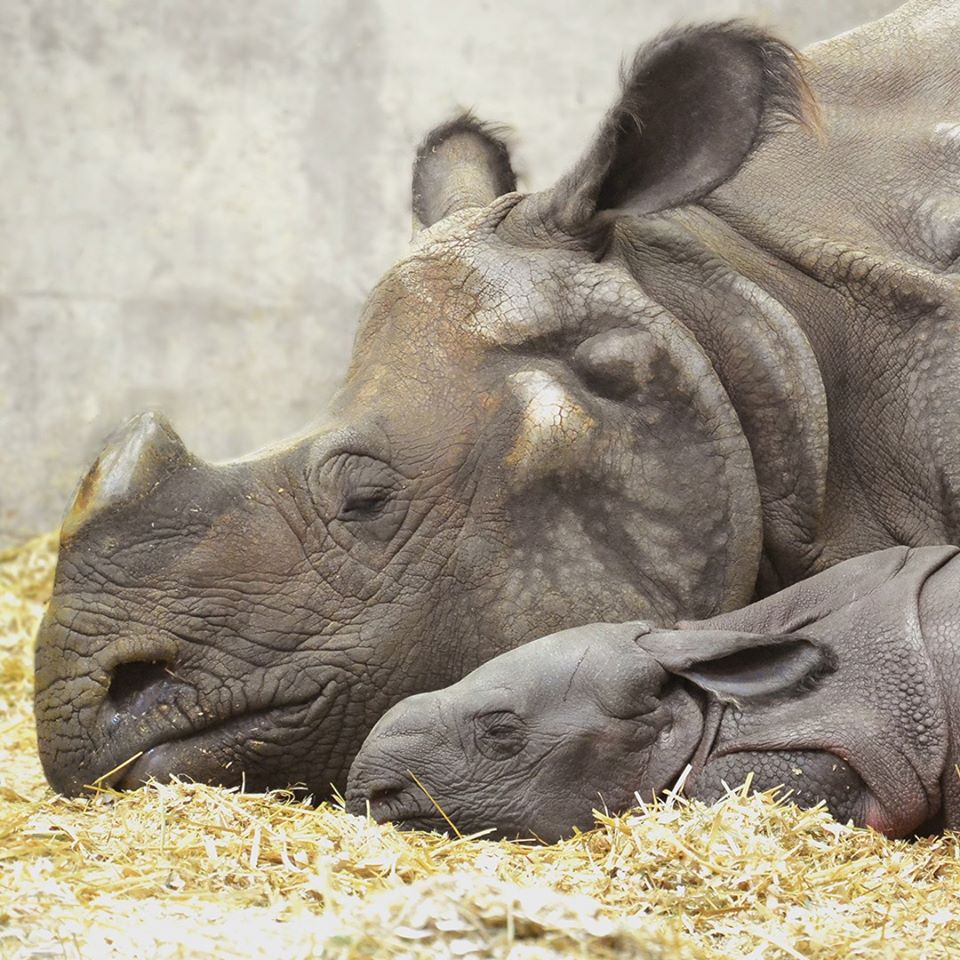 The little one is up and exploring her new home behind the scenes at the Toyota Elephant Passage. She and Tensing will remain there for six to eight weeks to allow mom-daughter bonding, which shouldn't be an issue as Tensing is already nursing and grooming her little one, showing strong maternal instincts.

Tensing's baby is a big step for the vulnerable greater one-horned rhino species. In the wild, the rhinos at one point were at the brink of extinction, with only 200 animals estimated to be living. Poachers and hunters took a toll on the previously healthy population. Thanks to conservation efforts, there are now an estimated 3,500 greater one-horned rhinos worldwide. The Denver Zoo participates in the Greater One-Horned Rhino Species Survival Plan, which ensures a managed, healthy, genetically diverse population of rhinos that help safeguard the species' survival.

It was not an easy road to welcome the healthy, bouncing baby. After 11 unsuccessful insemination attempts, Tensing finally conceived thanks to sperm from Jontu, a 10-year-old male from Omaha's Henry Doorly Zoo and Aquarium. Over a year of gestation later (whew), and we have a new rhino to "ooh" and "ahh" over!

“Tensing’s journey from pregnancy to motherhood exemplifies the care our team provides to ensure our animals are able to voluntarily participate in their own medical care,” said Assistant Pachyderm Curator Lindsey Kirkman. “It took extraordinary patience and dedication over countless hours to make Tensing feel at ease with the artificial insemination and ultrasound procedures that ultimately resulted in a healthy mom and calf.”

Welcome, little one! We can't wait to meet you!

Will you be visiting Tensing and her baby girl as soon as they are out in public view? Let us know in the comments!

How Churches Got Creative During COVID-19