In an age where school shootings have almost become commonplace, it takes a special brand of bravery for our kids to keep going to school – and keep doing the right thing.

Just three weeks ago, Colorado schools closed on a random Wednesday (April 17) – all because of fears that a deranged Columbine-infatuated teen was planning a school massacre in the Denver metro area.

Kendrick Castillo's school, STEM School Highlands Ranch, was closed that day, too. And once the threat was put to rest, and the sun rose again the following day, kids across Colorado flocked back to school – back into their routine, Kendrick Castillo included.

Just another Thursday in Colorado.

Unbeknownst to everyone, however, plans for another school shooting were brewing.

And when the time came, Kendrick would make an instant decision that would cost him his life.

According to witnesses and the coroner, Kendrick and another student charged and lunged at one of the shooters when he entered their classroom on Tuesday, May 7. As a result, he's being touted a hero, having taken some of the gunfire that would have inevitably hit someone else. Kendrick was killed, but he died in the act of protecting his classmates.

“I wish he had gone and hid,” Kendrick's father, John Castillo, told The Denver Post. “But that’s not his character. His character is about protecting people, helping people.” 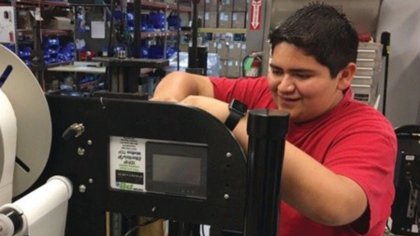 A lover of science, robotics, and the great outdoors, Kendrick was just three days away from being done with his high school coursework. The seniors' last day was scheduled to be Friday, May 10, with commencement exercises planned for May 20, according to the school's website. Kendrick was also scheduled to compete in a "Rods and Robots" event this weekend. Instead, that event has been canceled, as have classes at the school for the rest of this week.

Kendrick planned to study mechanical or electrical engineering at Arapahoe Community College in the fall.

He was also an only child.

“My wife and I are in a haze,” John Castillo said. “He was everything to us.” 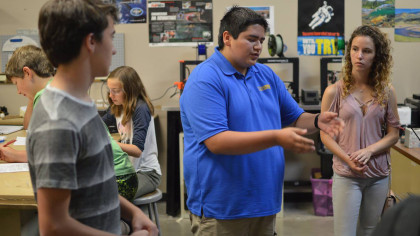 In addition to Kendrick's heroic act, another student and aspiring marine Brendan Bialy also jumped into action and rushed the gunman that entered his classroom, helping to subdue him. The United States Marine Corps called his courage "admirable and inspiring" in a statement. A current poolee in the Marine Corps Delayed Entry Program (DEP), Bialy is scheduled to start his training this summer. 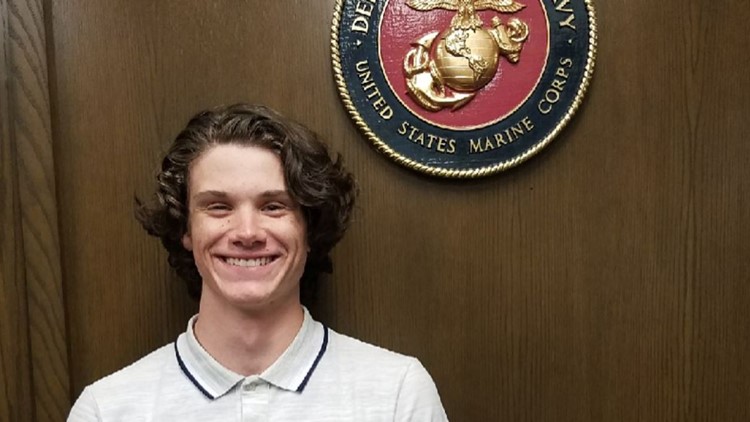 "To be some of the kids that were brave enough to bring him down so that all of us could escape and all of us could be reunited with our families," student Nui Giasolli, said on Today. "They were very heroic. I can't thank them enough."

Another hero was Joshua Jones, 18, a student who was shot twice while working to disarm one of the shooters. His family issued the following statement:

"On Tuesday, May 7th, countless families in our community experienced a situation that will live with us for the remainder of our lives. Like most, we consider ourselves fortunate the result was not much, much worse. Our hearts and sincerest condolences go out Kendrick’s family as they deal with this insurmountable loss of such a special hero. During the incident, our incredible son and brother, Joshua, was involved in disarming one of the suspects and as a result suffered two gunshot wounds. Thanks to the quick work of emergency personnel, he was treated and has been able to return home to us to begin his recovery, as well as assist investigators working this incident.

While we appreciate the outpouring of support and love from our community, we respectfully request at this time privacy for Josh and our family as we begin the healing process physically, mentally, and emotionally. We thank you for your consideration in this matter."

Besides Kendrick's fatal injuries, eight others were wounded in the shooting, including Joshua Jones.

The fact that students even have to think about how they would respond in a situation like this is maddening. But the courage these three young men – and potentially others we don't even know about yet – showed in the face of gunfire and death? That's goodness and light. The world isn't all bad.

In light of the circumstances, there's a petition to nominate these young men for the Arthur Ashe Courage Award, which is given out every year at the ESPYs to someone that "stands up for their beliefs in the face of adversity." Sign the petition here.

We at OCN want to extend our deepest condolences to Kendrick Castillo's friends and family. We are eternally thankful for his sacrifice, and for the courage and quick actions of Brendan Bialy and Joshua Jones as well.