You can no longer buy puppies at pet stores in Maryland.

As of January 1, 2020, pet stores in Maryland are no longer allowed to sell puppies and kittens. The new law was signed into legislation two years ago and is meant to curb the proliferation of inhumane puppy and kitten mills. Maryland becomes the second state after California to ban the sale of pets in a commercial setting. A group of pet stores in Maryland has filed a federal lawsuit to challenge the ban.

The new law, HB 1662 prohibits the sale of puppies and kittens by pet stores and encourages the stores to work with local breeders and rescue shelters. The legislature is hoping the ban will encourage people seeking a pet to adopt unwanted animals from local shelters or choose an animal from a small local breeder. Governor Larry Hogan lauded the bill Thursday on his Facebook page:

“I was proud to push for and enact the No More Puppy- and Kitten-Mills Act of 2018, which bans retail stores from the sale of commercially-bred pets that all too often come from inhumane breeding mills. We will continue to advocate on behalf of animal welfare and encourage safe, humane pet adoption here in Maryland.”

A lawsuit filed by several Maryland pet stores, including Charm City Puppies and Just Puppies, Inc., claims the law is unconstitutional and violates the Commerce Clause. According to the Humane Society of America, puppies sold at pet stores from so-called puppy mills often have serious health and psychological problems. 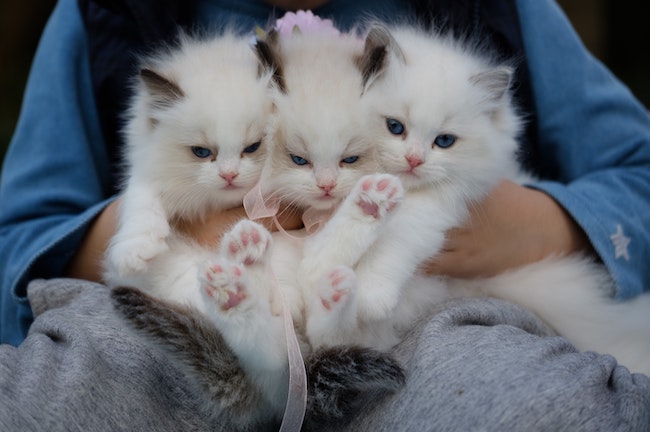 The Centers for Disease Control and Prevention launched an investigation last month into an outbreak of bacterial infections in humans that may have originated in pet stores. Over the past year, 30 cases of infections from Campylobacter jejuni have been reported in 13 states. All of the patients had contact with puppies from a pet store.

Animal advocates advise people to visit shelters or contact rescue groups to find a pet. Before you purchase a dog from a breeder, do your research and visit the home where the puppies are living to check the condition of the puppies and the parents.