The turtles will hatch sometime at the end of July or early August.

Beach bums! Virginia Beach is being gifted with more animal babies, only this time, it's turtles – and it's at the beach!

(Recently we reported on the Virginia Zoo's new additions, including a baby zebra which was named Zelda, a giraffe, a Victoria Crowned Pigeon, and more – it is mating season after all).

Loggerhead turtles have officially laid eggs at the North End of the beach in Virginia Beach! The 154 eggs were found 20 feet above high tide and were moved closer to the dunes, away from vulnerabilities, by Virginia Aquarium staff.

Trash trucks, pedestrians, other wildlife, and dogs pose a threat to the nest, so the Virginia Aquarium placed poles, caution tape, a sign, and a net to protect the nest from any obstructions or the possibility of dogs digging up the eggs.

Here is the nest: If you see it, please do not approach it or touch it! 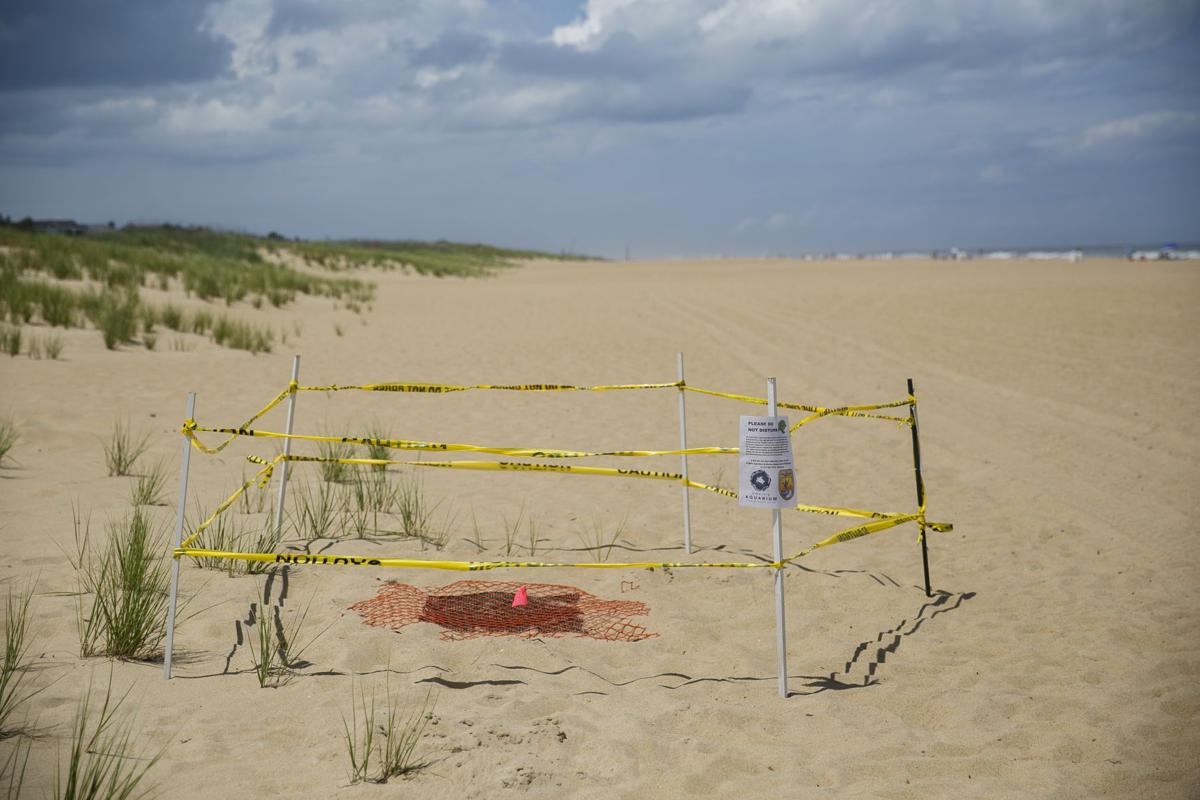 Courtesy of The Virginian-Pilot

As you can see, they are safely protected from any dangers: 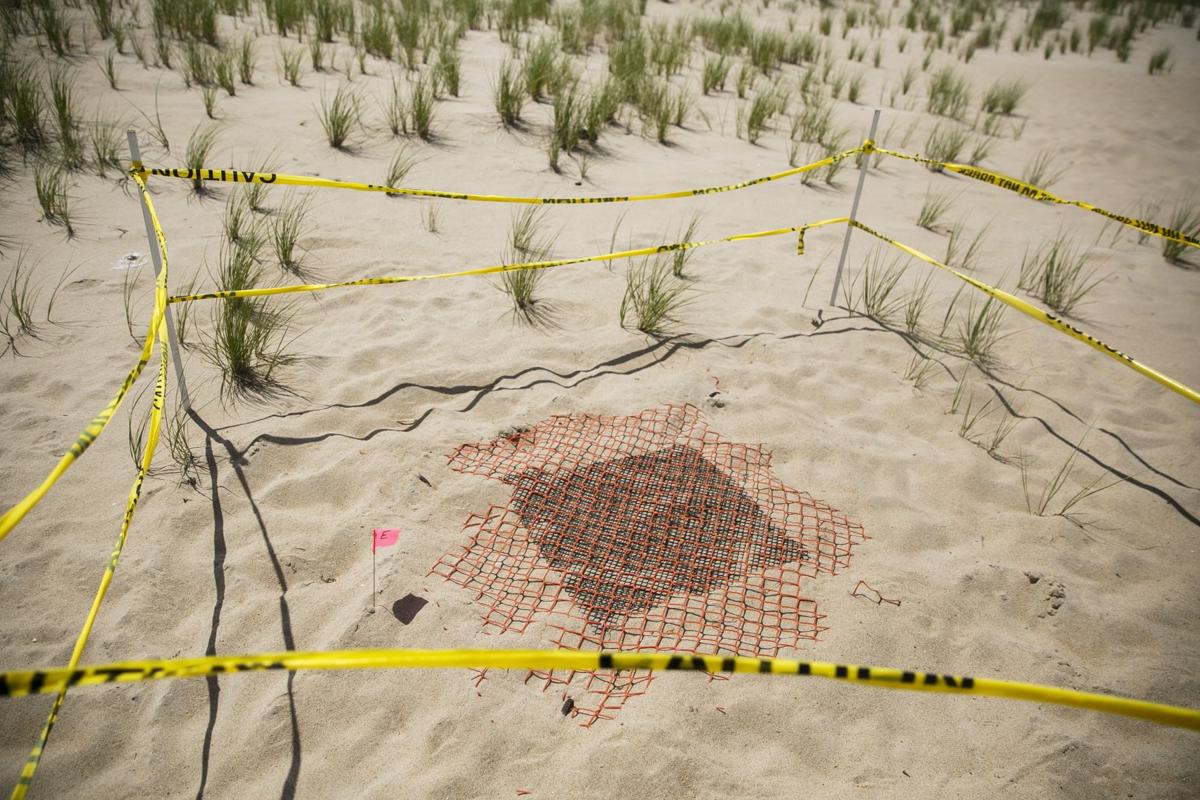 Courtesy of The Virginian-Pilot

The laying of Loggerhead turtle eggs does not happen often and is considered a rare occurrence. According to a report by The Virginian-Pilot, this could be the same turtle that laid eggs on the North End back in 2017. Genetic testing will be done in order to determine where the mother has laid eggs previously.

In the meantime, the Virginia Aquarium will have team members monitor the nest sporadically during the summer until the eggs are ready to hatch around the end of July or beginning of August. The Aquarium is also asking the homeowners near the North End to reduce their outdoor lighting during the hatching time. If there is a bright light shining on the turtles, they will feel reluctant to scurry to the ocean for safety, so please reduce your lighting to allow the babies to retreat to their future home!

Have you seen a baby Loggerhead turtle previously? Are turtles your favorite sea animal? If so, maybe you'd like to apply for this unique summer internship where you get to swim with sea turtles! Tell us your thoughts in the comments.

3 Best Places for Mac and Cheese in Richmond

Where to Pick Peaches in Northern Virginia