Imagine this: You're having a normal day just driving around in your extremely ordinary Batmobile, and then POW – someone runs into your $175,000 car and drives off! What do you do? Seek justice and solve the crime! (Duh!)

Burtonsville, Maryland, resident Bill Gibson was recently rear-ended in his custom-built Batmobile, and instead of pulling over to exchange information, the driver of the other vehicle drove off in a panic.

In true Batman style, Gibson called 911, put the car into hyperdrive, and followed the man into a local church parking lot.

Instead of apologizing and offering to fix the damage, the man offered Gibson money, which he refused. Gibson eventually talked the man into sliding over his information. (Batman would never leave the scene without getting all of the information!)

Gibson guesses that the other vehicle slammed into the right side of the Batmobile while going about 60 mph! 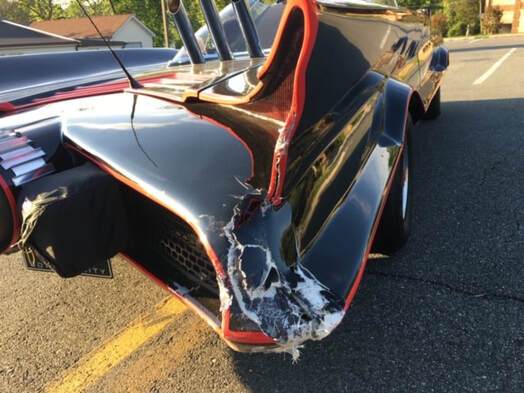 When the police arrived on the scene, they did not charge the man with a hit-and-run but, did leave him with the responsibility of paying for the damage, which has amounted to a guestimated $7,000!

Though justice has been done, Batman can't drive around in a damaged Batmobile. It needs to be fully functional!

The custom-made Batmobile is scheduled to be featured in the National Harbor show, so it will need to be repaired by this weekend. Cross your fingers! However, even if it's not, Gibson can just say that he was fighting crime!

Gibson usually just drives around town for fun, showing off the Batmobile at car shows, so it needs to be in pristine condition!

Thankfully, in this situation, Gibson's bat senses kicked in, allowing him to live out his childhood dream by being the hero that day! 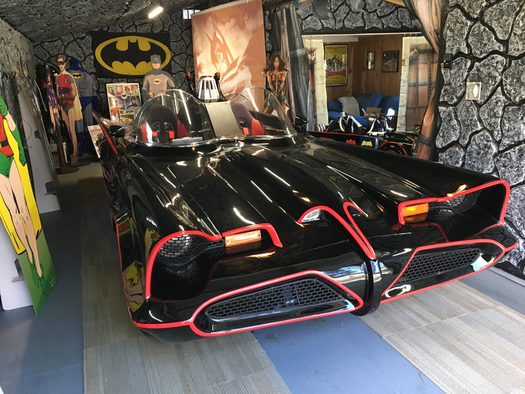