The pair arrived at the African Watering Hole in November.

In a press release Monday, the zoo confirmed the pair were transferred in November following approval from a private facility and related animal groups. Once they completed a 30-day quarantine, the 4-year-old male rhinos have been adjusting to their new home in Maryland.

Between the change in weather and animal caretakers, the rhinos have had a lot to adjust to. According to the mammal collection and conservation manager Erin Grimm, the "agile" and "intelligent" rhinos were briefly exposed to the cold temps during winter, and have been waiting for spring to fully bring them into the exhibit. Once they've been accustomed to the habitat, they'll start being acquainted with the other animals in small doses. 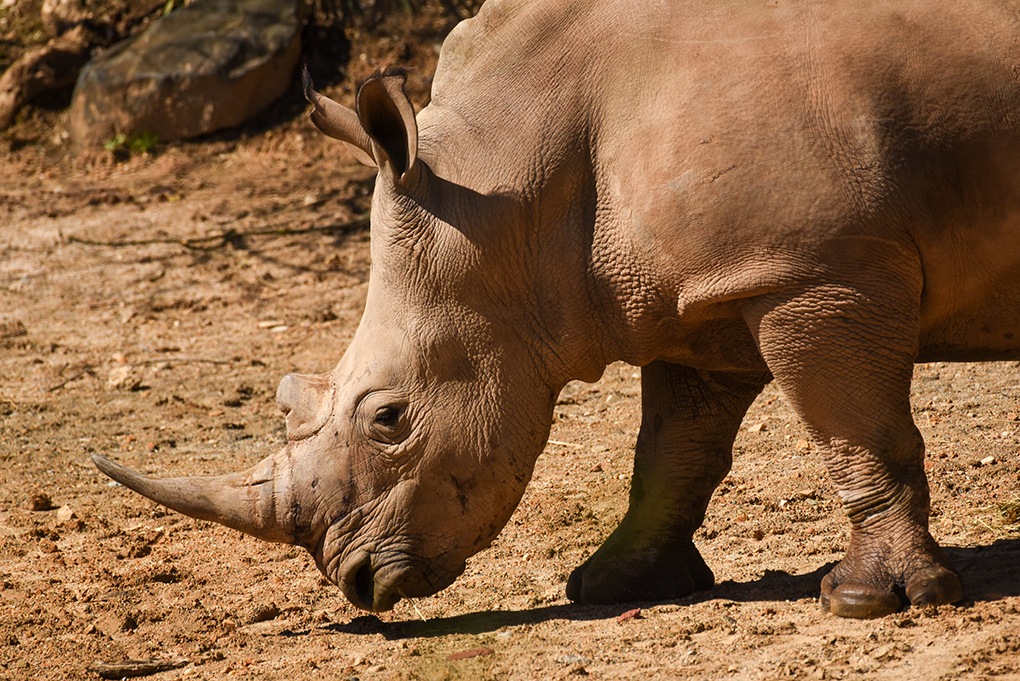 Courtesy of the Maryland Zoo

The white rhinoceros, which reside predominately in South Africa, is considered "near threatened" by the International Union for Conservation of Nature (IUCN). Their lifespan is between 35 and 40 years, and longer when cared for by people. With a weight of 4,000 to 6,000 pounds and a five-foot-six height, they're the world's third-largest mammal. Also, did you know the white rhino isn't actually white? The name is derived from the Afrikaan word "wiet," which translates to "wide." This refers to the shape of the animal's upper lip, not the color of its hide. The more you know, huh?

The African Watering Hole houses the zoo's cheetahs, zebras, and ostriches, and Grimm notes the duo have never seen them, let alone interacted with them. Since the rhinos will need time to warm up to their surroundings, it might be a while before guests can see them in person. Thankfully, you can get your animal fix with the various live cams, including the new African Watering Hole option.

Are you excited about the Maryland Zoo's new rhinos? Leave a comment.