Great white pelicans are one of the world's largest winged animals. Lucky for us, two of them have landed right here in the Maryland Zoo!

The zoo announced the pair on Monday in a press release detailing their arrival back in the fall. The male pelicans, 7-year-old Wallace and 5-year-old Gromit, left the nest in November from the Dallas Zoo, following approval from the White Pelican Species Survival Plan. Per procedure, they underwent a mandatory 30-day quarantine before becoming acquainted with zoo staff.

Jen Kottyan, the zoo's avian collection, and conservation manager commented on the birds' large size, noting their massive differences from the white and brown pelican species native to North America.

“At approximately four-feet-tall, with a wingspan of over nine feet, they are huge and make a very striking addition to Penguin Coast. They certainly make the penguins and cormorants look small in comparison," she said in a statement. 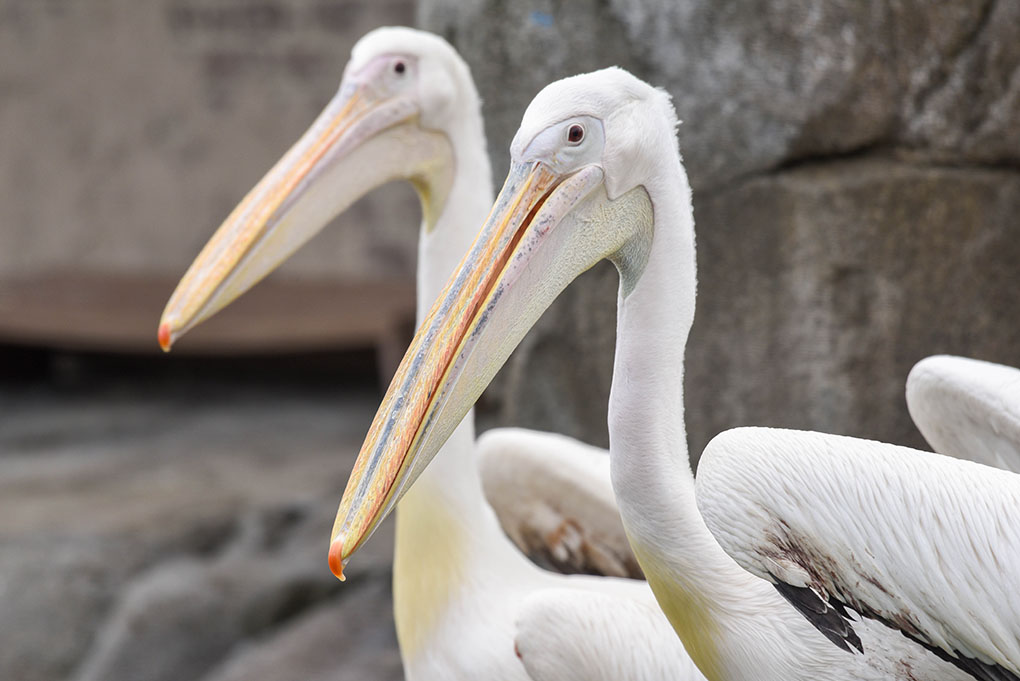 These massive birds, also known as the Eastern white pelican or White pelican, are native to the continents of Asia and Africa, where they dwell in shallow bodies of water like swamps, marshes, and deltas. They weigh anywhere from 11 to 20 pounds and measure 55 to 71 inches in length. Their colossal size is only matched by their appetite—they gobble up to two pounds of fish daily and use their "gular pouch" to transport food and gallons of water at a time. The average lifespan of a great white pelican is 16 years of age.

The zoo confirmed the duo recently entered into the Penguin Coast habitat, and by all counts, they've adjusted swimmingly to their new home. Considering they house the biggest African Penguin colony in the country, we doubt they'll have a hard time making friends. Welcome, Wallace and Gromit! We can't wait to meet you!

What do you think of Wallace and Gromit? Have you ever seen great white pelicans in person? Tell us about it in the comments!