On Friday, May 24, a significant rock fall near the city of Ouray left two massive boulders blocking two-lane Highway 145 between Cortez and Telluride, about 17 miles north of Dolores. The boulders weighing an estimated 2.5 million and 8.5 million pounds, respectively, fell from a ridgeline at least 1,000 feet above.

The Colorado Department of Transportation (CDOT) has been handed quite a big job cleaning up this one ...

The boulder weighing 2.5 million pounds stood about 18-feet high, 48-feet long and about 18-feet wide, and ended up right in the middle of Highway 145, leaving the road impassable. The pavement and highway surrounding the boulder were smashed into ruin as the rock landed leaving quite a bit of destruction.

The 8.5-million-pound rock landed on the east side of the highway, gouging an eight-foot-deep trench into both lanes of the road, and CDOT says it may end up being a permanent addition to the landscape there.

A geotechnical team was brought in to assess the damage and come up with a plan to start clearing the roadway and repairing the damage. One of the recommendations was that a team will need to be airlifted to the ridgeline to clear loose rock there, a pre-emptive step in hopes of preventing similar rock falls.

On Sunday, crews began working to remove the boulders, first having to build an earth ramp to reach the top of the boulder, then drilling holes into it from the top. Fifteen to 20 of these holes, each about 15 feet deep, were drilled vertically into the huge rock. Explosive charges were dropped into each of the holes, then denotated, blasting the rock into smaller chunks that can now be cleared away.

Check out this video of the explosion from CDOT:

Here is a photo of the aftermath showing all the rock that will be moved as crews begin rebuilding from the damage. 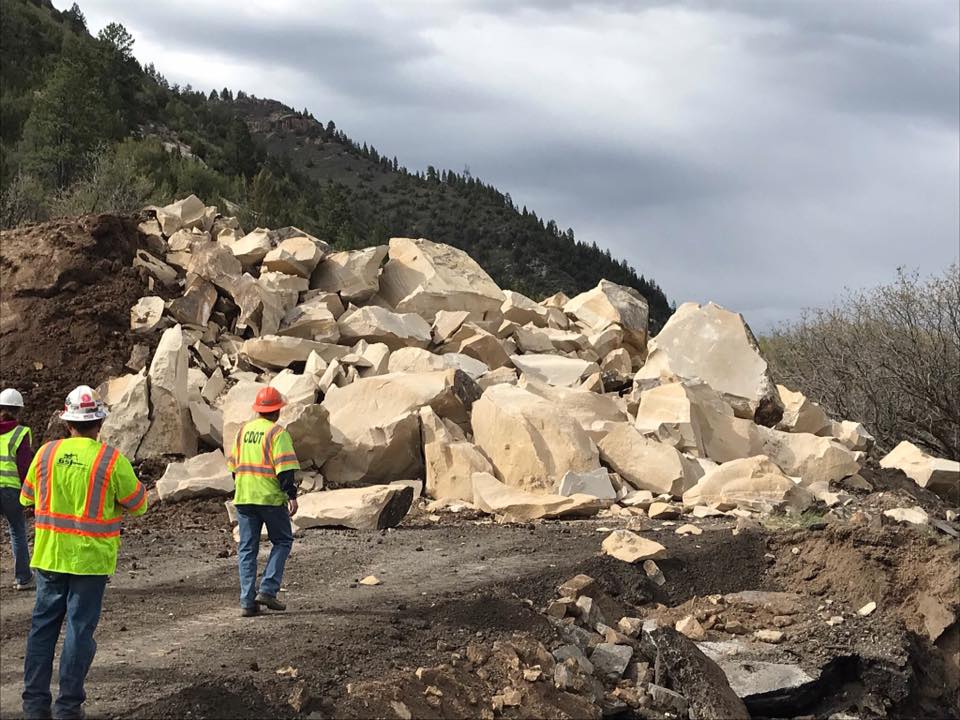 A temporary one-lane dirt road has been constructed to be used for alternating traffic with portable stoplight signals; this road is now open. There is no stopping or standing allowed at this time for safety reasons, and as the road is constructed of dirt, CDOT is advising that drivers keep to very slow speeds and use extreme caution in the area. This restrictive travel will continue as the reconstruction project gets underway and drivers should expect lengthy delays of at least an hour as they try to make their way through the area.

The emergency reconstruction project got underway on Tuesday, May 28, and is estimated to take up to two weeks to complete.

CDOT urges travelers to “know before you go” if you must travel in this area. Check their website for road conditions, alerts, and delays.

Rockslides and falls are to be expected, with all the moisture and sudden changes in weather we have had here in Colorado lately. As you travel through the state, heed those signs for falling rock and keep yourself updated on weather and road conditions before you travel. It's very fortunate no one was injured or caught in this rock slide and hopefully cleanup and reconstruction will be completed with major delays. 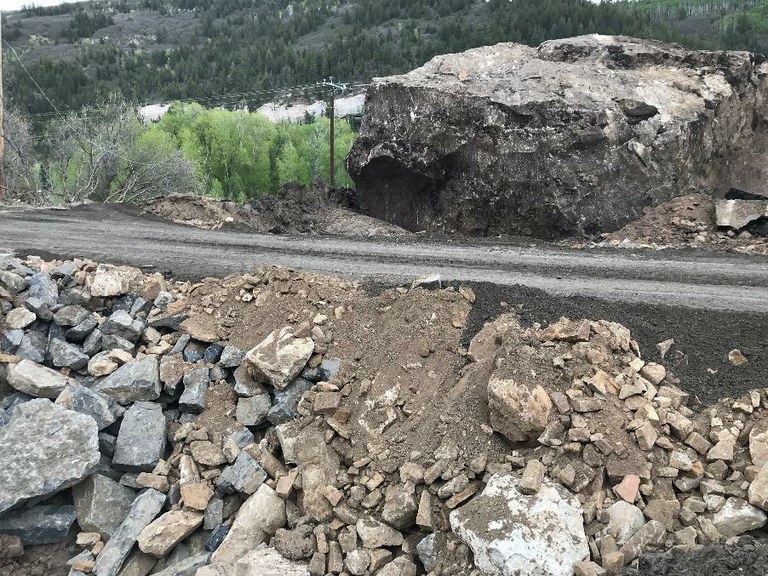 Have you ever been caught in or near a rockslide? Do you have photos of Friday’s event to share with us? Share your thoughts and photos with us in the comments below.