Denver is not only planning to add eight bikeways in 2020, but also plan to add 125 miles of bikeways in the next five years.

A common problem in cities is usually traffic. Traffic to get to work. Traffic getting home. Traffic going to concerts and our favorite events. It gets so frustrating sometimes. That’s exactly why the people of Denver have spoken and the city is going to do something about it.

Back in 2017, people voted in favor of the Elevate Denver Bond Program -- a 10-year and nearly $1B project to improve the infrastructure that makes Denver, well, Denver. This means parks, playgrounds, sidewalks, and streets. And today? It means bikeways. 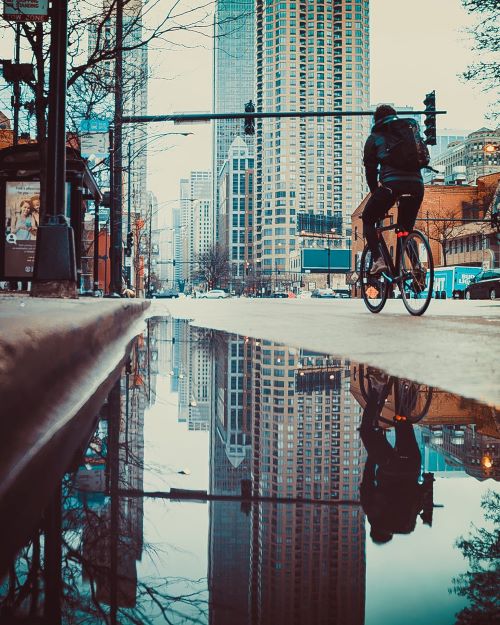 The City of Denver has made a commitment to offering people more options to move around the city. Courtesy of Pexels.

The City of Denver will be adding eight bikeways in 2020 in different neighborhoods, including Jefferson Park, Green Valley Ranch, and the City Park neighborhood. There will be meetings discussing these new bikeways this month. You can find out more here. The goal is to make Denver more mobile, and to move more people quickly and safely, and this is awesome for those who are a bit intimidated by the city street bike lanes because these new bike lanes will focus more on neighborhoods instead of busy streets.

Mayor Michael B. Hancock agrees. “Our city's transportation future must offer everyone more ways to get around using different modes, and improving mobility equity and options for every resident makes everyone's commute easier," he said. With city bikes, our own bikes, and rental scooters, the people of Denver will rush towards this opportunity.

This is also great timing for National Bike to Work Day (June 26, 2019). Registration has just opened May 1 for station organizers and company coordinators. There will always be traffic in the city, so take this opportunity -- grab your water and get riding!

With so many bike lanes coming in the next few years, will you start cycling? Have you already started? Are you a pro? Sound off in the comments.