Nathaniel Rateliff and Snarf's Sandwiches Team Up to Create 'The Rateliff'

Nathaniel Rateliff and Snarf's Sandwiches Team Up to Create 'The Rateliff'

This sandwich is fighting hunger in more than one way.

Colorado singer-songwriter Nathaniel Rateliff and his band members are longtime fans of Snarf's Sandwiches, and vice versa. A collaboration was bound to happen, but who knew it would be so delicious? The ingredients include turkey, swiss, extra bacon, extra giardiniera peppers, and extra love for their community.

From now until March 31, when you order "The Rateliff" at Snarf's, 25% of the sales will go directly to local hunger relief organizations like Hunger Free Colorado and Fill The Void. There's also a limited-edition T-shirt for the custom sandwich, and 100% of those sales will go towards fighting hunger. 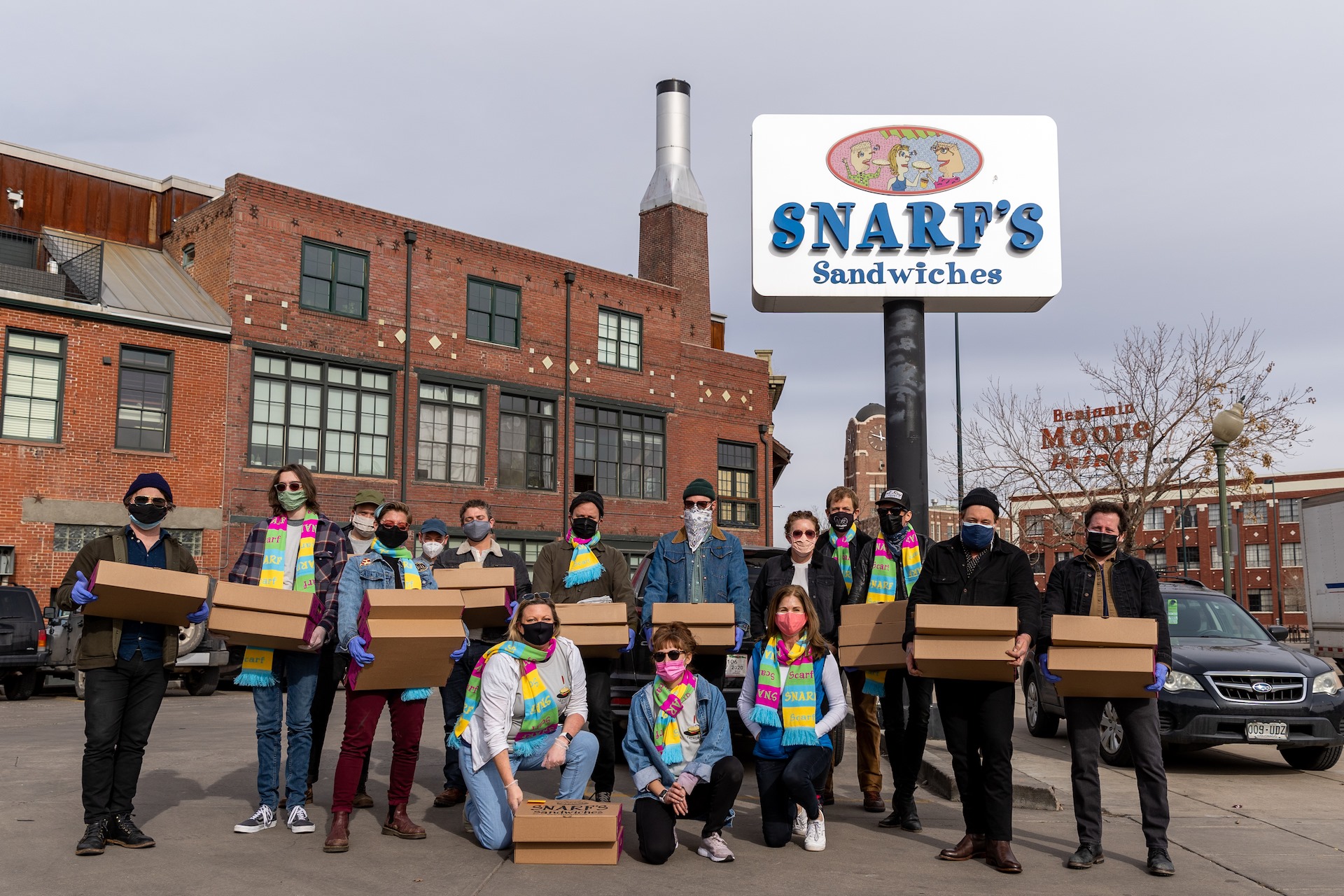 This isn't the first time Nathaniel Rateliff & The Night Sweats have shown up for a good cause. Last year, the band headlined a virtual concert benefiting the Colorado Music Relief Fund alongside The Lumineers. Rateliff also founded The Marigold Project in 2017, which "supports community and nonprofit organizations working on issues of racial, social, and economic justice." The Marigold Project released a community cookbook in November called "Meet Me At The Table."

The cookbook's description reads, "'Meet Me At The Table' is a compilation of recipes from 35 musicians alongside profiles of food justice organizations. Proceeds from the sale will benefit these groups, working for a vibrant food system that seeks a revitalized vision of agriculture centering the voices of people who get food to our plates."

Rateliff's latest song called "Redemption" is featured in the new Apple TV film Palmer, starring Justin Timberlake. You can catch the band performing on Saturday Night Live this weekend, which the one-and-only Regina King will host.

Are you going to be ordering "The Rateliff" for lunch today? If you try it out, let us know what you think in the comments.