The best things come in pairs, especially baby animals! Meet "Lucy" and "Gally," the National Zoo's newest members. The American bison arrived from the American Prairie Reserve in northeastern Montana, both of whom are 1 year old and weigh 200 pounds (To put it in perspective, female bison will reach over 1,000 pounds by adulthood!).

The duo's names, besides being adorable, also hold some historical significance: At the zoo's request, both names were selected by students and staff members from two of D.C.'s most renowned colleges: Howard and Gallaudet.

“Connecting the bison with the communities of Howard University and Gallaudet University gives us the opportunity to inspire a younger generation to appreciate this iconic American species and reminds us all that we can save wildlife and their habitats," said Steve Monfort, John and Adrienne Rich Director of the Smithsonian's National Zoo and Conservation Biology Institute in a press release. 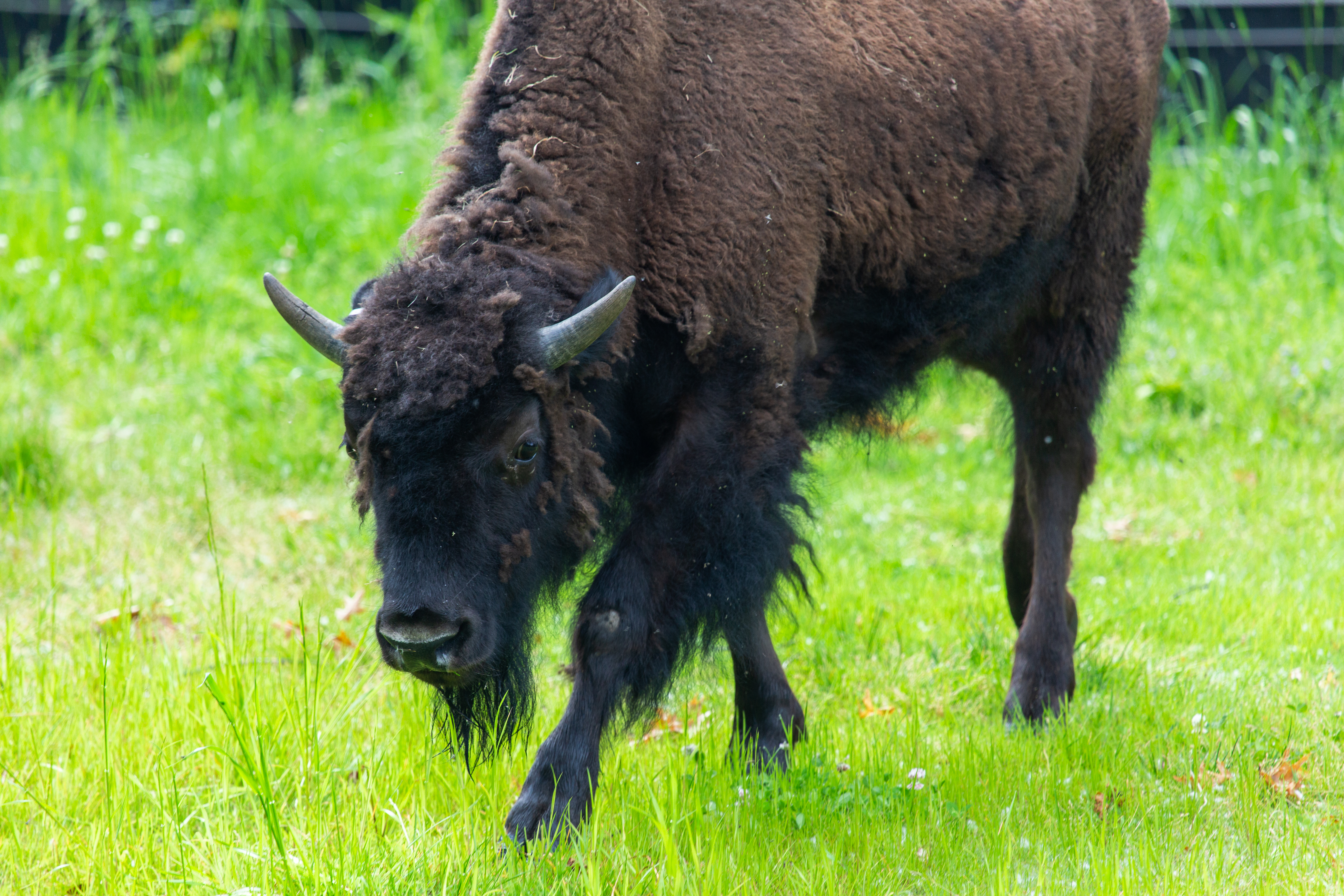 Gallaudet University picked "Gally" after the nickname of their bison mascot, while Howard University picked "Lucy" to commemorate the school's first dean of women Lucy Diggs Slowe. In addition to her professional role, Slowe was a talented tennis player who became the first African American woman to win a national sports title. The names represent a historical tie to D.C.'s community and its institutions at large.

Both university presidents responded positively to the opportunity. Gallaudet President Roberta J. Cordano said, “Our mascot Gally has been an enduring and central figure enjoyed by many Gallaudet generations so it is only fitting that Gally will now be recognized as part of the Zoo’s living collection.”

Howard President Dr. Wayne A.I. Frederick responded in kind. “We appreciate the Smithsonian’s National Zoo for extending this opportunity to name their new baby bison as a symbol of fellowship between our collective institutions," he said, also citing pride in honoring Slowe's legacy.

Bison are integral to the zoo's history, as founder William Temple Hornaday emphasized the "vanishing species" like the bison in kick-starting the zoo's conservation efforts upon opening in 1889. The species are considered "Near Threatened" by extinction, according to the International Union for Conservation of Nature. Currently, 30,000 animals exist in conservation herds, a number achieved by conservation efforts when the species was down to only 375.

So when can we see them? Last weekend, the zoo opened its doors following a multi-month hiatus due to the coronavirus, so visitors can finally go see them! These cuties can be found roaming the American Bison Exhibit.

**All photos courtesy of National Zoo

Will you visit the zoo to see Lucy and Gally? Let us know in the comments!