If approved, this will be the third tiny-home village built by local nonprofit Colorado Village Collaborative.

The Colorado Village Collaborative (CVC) is working towards offering a more permanent housing solution for the homeless population in Denver. The nonprofit is working towards getting sanctioned homeless campsites approved within the city of Denver, as well as working on establishing tiny-home villages.

The nonprofit has built two tiny-home villages in the city that house previously homeless people, now working on a better life. The first was built in 2017, and another is currently under construction. The first location known as Beloved Community Village is in Denver’s historic Globeville community. It's the first tiny home village of its kind in the city and has 19 homes, a common room, a shower house, and a community garden. The second village is the Women’s Village at Clara Brown Commons in the Cole neighborhood and broke ground in late July 2020. It will consist of 14 tiny-homes and is focused on making the community safe for Denver’s female homeless population.

A location for a third tiny-home village is being considered at 1080 North Sheridan Boulevard, near the Sheridan rail stop station. If approved, the location would start construction in a few months and, hopefully, house residents next summer. 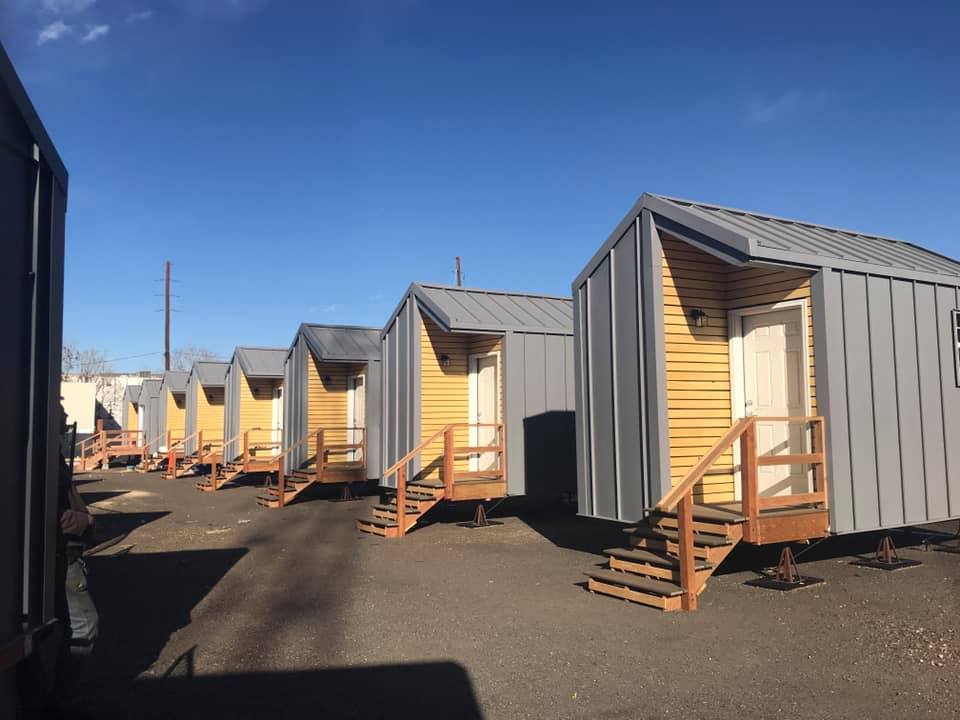 CVC Executive Director Cole Chandler says the plan is still in the early stages, but they hope to house 25 new homes on the site. Denver Mayor Michael Hancock expressed support for the idea in July, however, the project has not yet reached final approval.

The land the proposed site is on is currently owned by the nonprofit Urban Land Conservancy, which purchased it in December 2015 for $1.15 million, as reported by BusinessDen.

The Colorado Village Collaborative is dedicated to bridging the gap between living on the street and stable permanent housing by creating transformational housing communities. They work to empower others and address the challenges of homelessness with dignity.

In addition to the tiny-home villages, CVC has been working with the City of Denver and other partners to create Safe Outdoor Spaces within the city where people experiencing homelessness can access services and resources such as restrooms, showers, laundry, internet, wellness screenings, COVID-19 resources and testing, food, and more.

What do you think about these new tiny-home villages for people experiencing homelessness? What other programs and projects do you know of that are helping this situation in Denver and around the state? Share with us in the comments.