OCN Investigates: How the CO Legislature Took Funds From an Affordable Housing Bill to Pay for Health Insurance of the Wealthy

OCN Investigates: How the CO Legislature Took Funds From an Affordable Housing Bill to Pay for Health Insurance of the Wealthy

To be completely transparent, Our Community Now doesn't usually cover politics. But when this complicated issue crossed our desk, we knew without a doubt that we needed to bring it to light. We've done our best to lay this out as simply and plainly as possible in order to ask our Colorado readers this question:

Are we okay with what the Colorado legislature has done on our behalf?

This is the story of two bills and how money from one was taken to pay for the other—and how the state's low-income residents will suffer as a result.

Under the shimmering gold dome on Colorado's Capitol Hill in downtown Denver, many decisions are made during the course of the legislative session. But as regular citizens going about our lives, most of us often miss the fine print of those resolutions, blissfully ignorant of how our legislators' decisions affect us.

And that's what's seemingly happened with House Bill 19-1245 (which will generate funds for the development of affordable housing) and House Bill 19-1168 (which established the state's reinsurance program, aimed to reduce health insurance rates).

Both bills were signed into law by Governor Jared Polis on May 17. Both bills sound good on the surface. But what nobody's talking about is this (in the plainest of terms):

This is all hugely complicated—and the layers go much deeper than we're able to go into here. But a little bit of research into the fiscal notes of House Bill 19-1168, followed by a read-through of Wakely's Consumer Impact Analysis, and you'll see what we mean.

The health reinsurance program, which was heavily backed by the governor's office, needed about $55 million more in funding in order to work. So a decision was made to take that needed $55 million from the funds in the state's General Fund ($15 million in FY 2019-20 and $40 million in FY 2020-21) that were allocated for the development of affordable housing, per House Bill 19-1245—essentially putting affordable housing on hold for a couple of years.

While the details of this slipped past some lawmakers, one legislator noticed—longtime health insurance benefits consultant Jim Smallwood, who represents Douglas County (State Senate District 4) in the Colorado Senate:

"The original fiscal notes (of HB 19-1168) had the hospitals paying $150 million a year for this (the reinsurance program)," Smallwood said. "And then, in the eleventh hour, the hospitals came back and said it was a violation of a Medicare or Medicaid funding rule, so senators had to make amendments regarding where to draw the funding."

The senators chose to target the affordable housing legislation's funding. By doing so, they chose lower health insurance premiums for the eight percent of Colorado's population (about 400,000 people) who use the state's individual health insurance exchange, in lieu of housing for low-income individuals. (To be clear, reinsurance does not affect people insured on their employers' group plans.)

We reached out to the sponsors of House Bill 19-1245 to ask if they were aware of the fact that their legislation's funding would be used for reinsurance.

"The temporary support from 1245 to help get the reinsurance program going is something we knew about and supported," State Rep. Mike Weissman, from District 36 (Arapahoe County), responded in an email.

This could all be well and good, if that's what Coloradans wanted. But to make things messier, as the state's open enrollment period got into full swing this month, it became apparent that the "lower premiums" that reinsurance touted weren't really lower for everyone. In fact, the change in premium differs greatly depending on the region one lives in. Premiums actually increased for many residents along the Front Range, while only decreasing for residents in Mesa County and the western and eastern parts of the state.

"Between federal taxes and state taxes, we in the Denver area and along the Front Range are subsidizing individuals' health insurance premiums in mountain resort communities, without income caps," Smallwood said.

So a low-income family in Aurora sees health premiums go up, while a wealthy family living in Vail or Aspen sees them go down. The increases stack up to anywhere between $22 and $100 per month (or more) and mostly affect average-income or low-income residents.

A Consumer Impact Analysis completed by Wakely on behalf of Connect for Health Colorado shows the premium differences by region: 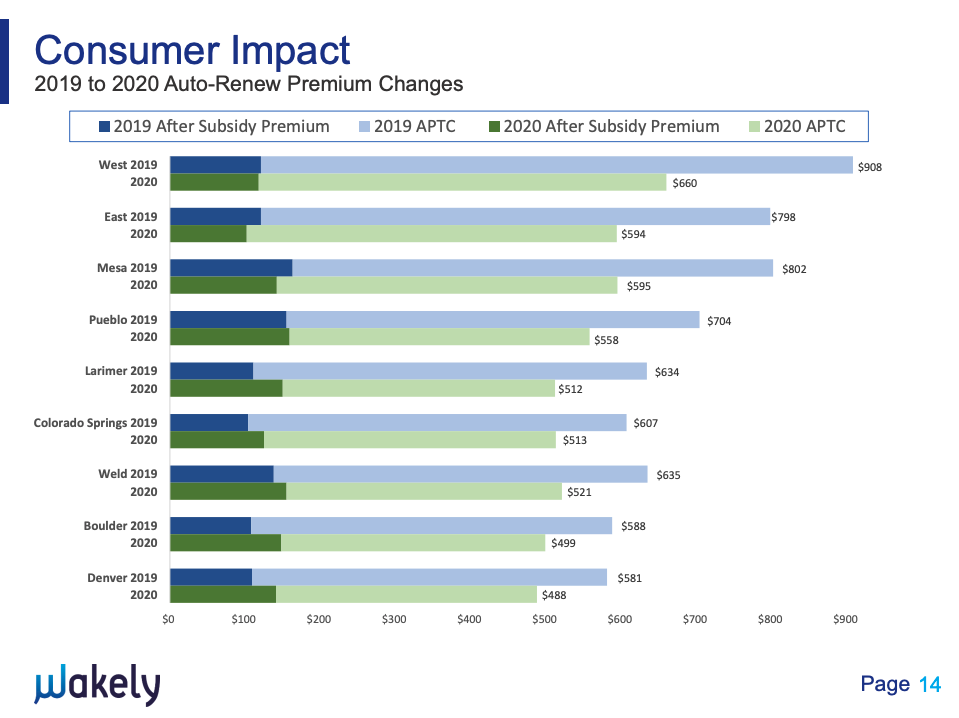 You can see how the state is broken up into regions in the chart below. The purple, yellow, and orange sections of the state are the ones seeing decreases. 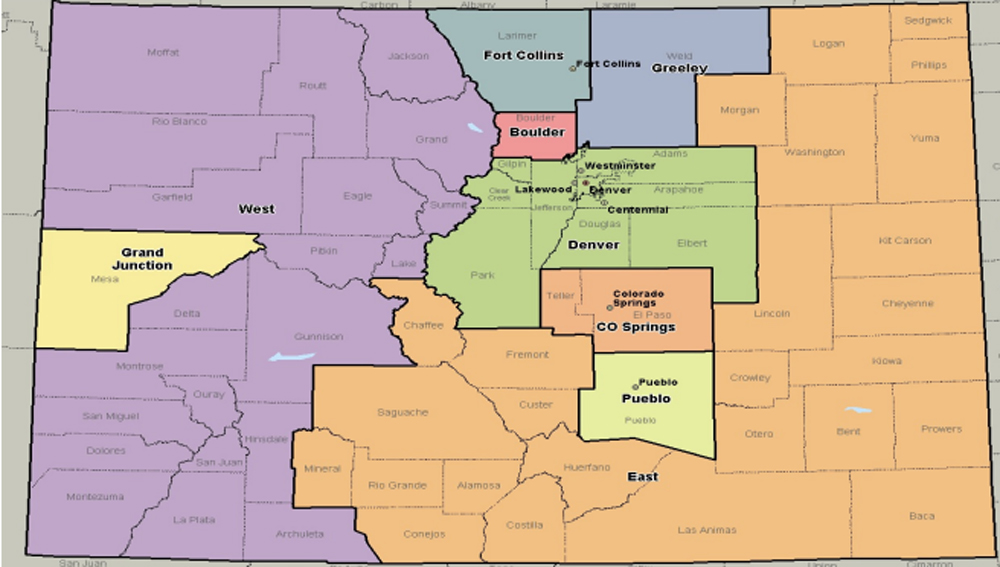 Colorado is the eighth state to establish a reinsurance program, behind Alaska, Maine, Maryland, Minnesota, New Jersey, Oregon, and Wisconsin. If you need a good explanation of what reinsurance is, you can find one here, but basically, it's insurance for insurance companies.

And what about the affordable housing legislation?

That bill was supposed to take funding from vendors' fees to develop additional housing for low-income residents in the state. Instead, that money is earmarked toward a program that raises those same residents' health plan premiums.

That's true. But that doesn't make the reinsurance program—and the money that's gone into it—any easier of a pill for Smallwood to swallow.

"No matter how we want to sugarcoat it, in the first two years, $55 million was taken away from what would have been over $70 million for people with lower incomes and, as I see it, used to lower health insurance costs for richer people," Smallwood said.

At the end of the day, it seems like a lot of money is being shuffled around, which—though par for the course—is increasingly disconcerting to taxpayers, especially when there's no real payoff for the people who need it most.

"Here's the thing about all this: The administration is coming out and talking about how they've lowered health insurance rates—which isn't untrue," Smallwood said. "But who they lowered it for—at the end of the day—is what nobody's talking about."