Rare white-colored squirrels are being sighted in Colorado.

There is no shortage of squirrels in Colorado, however, some people have reported seeing something a little unusual recently—rare white squirrels.

White squirrels have generally been seen more often in the Eastern part of the country, making it an exciting occurrence for anyone who happens to see one here in Colorado. White squirrels tend to do well in areas where humans protect them. Untamed Science runs a website dedicated to cataloging white squirrel sightings and learning more about them. According to that site, there have been about 700 sightings of white squirrels in the country over the last three years.

A woman in Douglas County recently captured a snapshot of a white squirrel in her backyard and shared it with the radio station New 99.1 Country. Another Colorado resident shared a picture in Our Colorado Through Your Photos Facebook page of a white squirrel seen in Canon City and a few were sighted near Conifer in June. 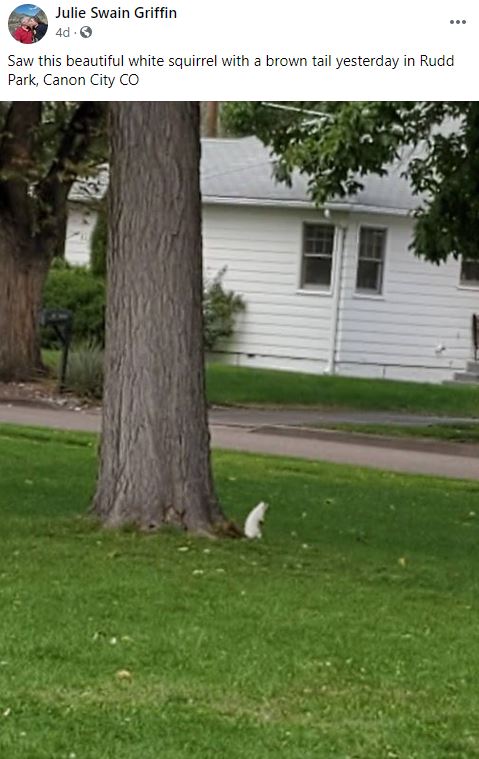 White squirrels are known in mythology to be a symbol of coming change, perceived to be a totem of good luck, and considered a very spiritual animal by some.

Have you seen a white squirrel here in Colorado? Share with us where you saw them in the comments!