One dog was found dead after being shot and dumped on the side of the road.

Multiple instances of animal abuse and cruelty are being investigated in Fremont County, Colorado.

Tiffany Starika of Canon City has two well-loved dogs; Liberty, a German Shepherd, and Jake, an Australian Shepherd. Starika was at work on Friday, September 11, when the two dogs escaped from her yard in the Lincoln Park neighborhood. Her son came home and discovered the dogs missing, and the sidewalk in front of the house was covered in blood. After a search, Jake was found on the home’s back porch, injured and bleeding from what appeared to be a gunshot wound.

Jake was taken to get medical care while the family continued to search for Liberty, who was missing all weekend. Jake had been shot in the face and required surgery; he has a long recovery ahead of him.

On Monday, September 14, things took a much darker turn. Starika received a call from a friend who had found Liberty, her body left on the side of a road a few miles from home. Liberty had wounds and blood coming from her neck and nose. Her collar had also been taken off.

"They had dumped her on the side of the road and took her collar," Starika told The Pueblo Chieftain. "I have no idea who would want to harm her – she was a sweet dog. We had gone to dog parks here and in Colorado Springs and she had gotten along with everybody."

Police were called and an investigation is underway.

Fremont County Sheriff Allen Cooper said he does not have enough information to know if this is an isolated incident yet. Starika and her family are heartbroken over the loss of Liberty and have a lot of work to do to help Jake recover. Jake may not be able to see or hear; he was shot in the ear and bone fragments were found in his face and down his back, according to Starika.

According to the Pueblo Chieftain, a witness came forward with a description of a white extended-cab Dodge pickup truck that pulled over near where Liberty's body was found. The men were reported to have guns, and the witness thought they were hunters looking at a dead deer carcass. 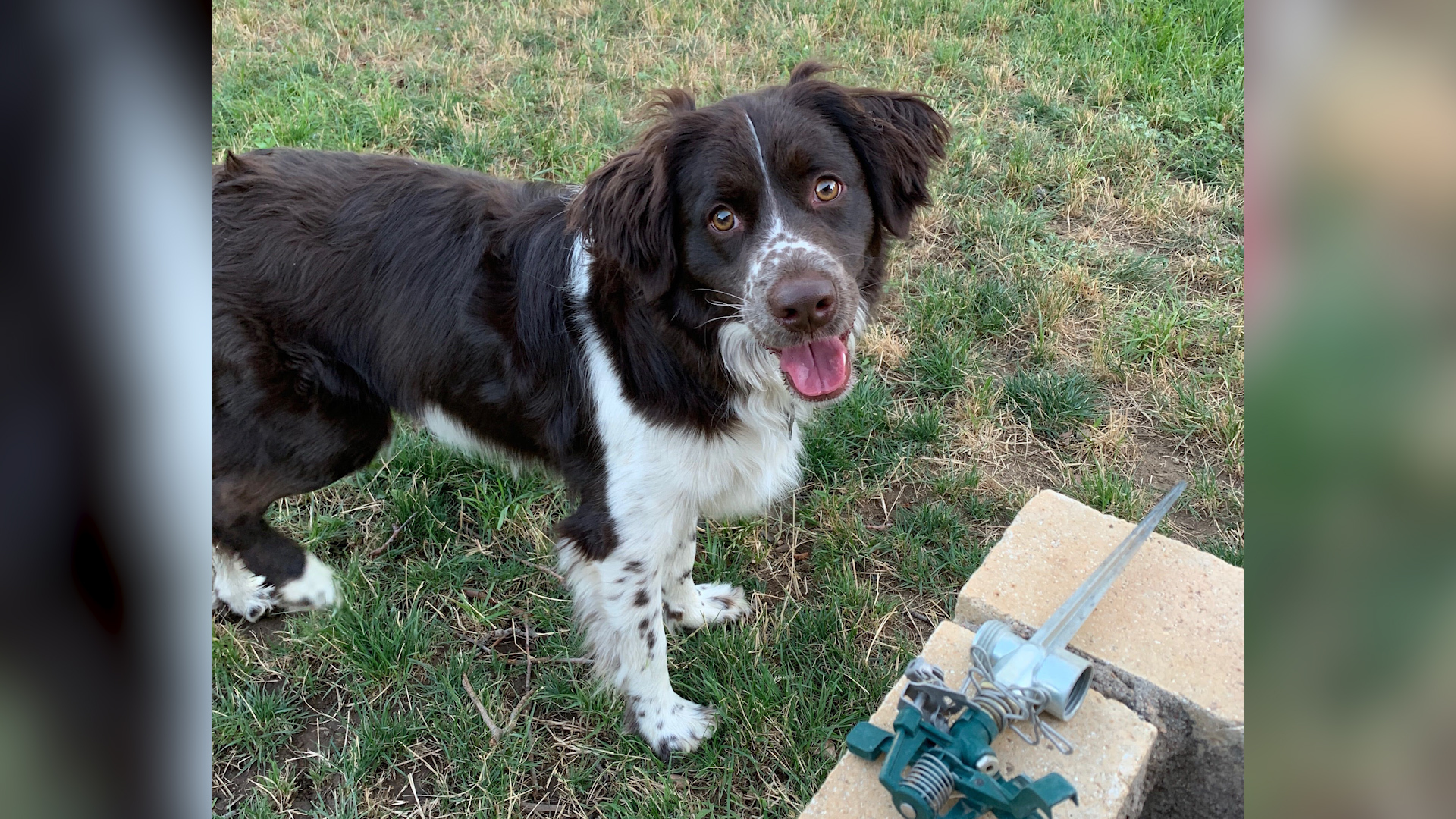 Fremont County Sheriff’s Deputy Aston Kingery is working this case and reported that small pellets, possibly from a shotgun, were removed from Jake’s face by the veterinarian. Anyone with information can call Deputy Kingery at 719-276-5555 ext. 3827. The person or people responsible will be looking at being charged with animal cruelty resulting in death.

The Sheriff’s Office is investigating a separate animal cruelty incident, also from September 11, in which several dogs were poisoned. The owner of those animals has offered a $500 reward for any information. That incident took place on County Road 2, near the border between Freemont and Chaffee counties.