POLL: Are You For or Against Self-Driving Tractor-Trailer Testing on VA Roads?

POLL: Are You For or Against Self-Driving Tractor-Trailer Testing on VA Roads? 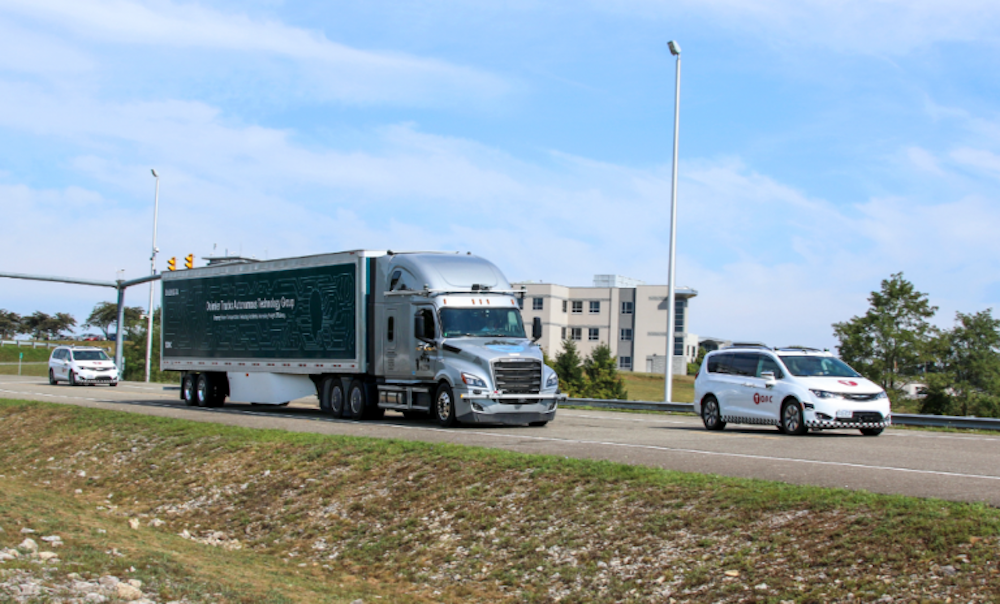 Self-driving tractor-trailers are being tested on roads in Virginia.

At the end, we have placed a poll to get your opinion about the morality of conducting these tests. We want to hear from you.

Per ABC, self-driving tractor-trailers are being tested on roads in southwest Virginia. The tests are being conducted by Daimler trucks and Tork Robotics, concurrently.

These tests are being carried out with a licensed professional driver inside who is trained to handle the automated system the companies are using. This driver oversees the vehicle as an engineer observes as well.

ABC reports these tests had already been carried out on "closed-loop courses" for at least a few months prior to live road testing.

At this point, both companies are requiring humans to be on the inside to watch over things for safety purposes.

In a statement, Daimler said, “Bringing Level 4 trucks to the public roads is a major step toward our goal to deliver reliable and safe trucks for the benefits of our customers, our economies, and society.”

The only reason to go down this path, though, is to save money. There would be no need to pay a driver. The technology has the potential to cut company costs by 30 percent. 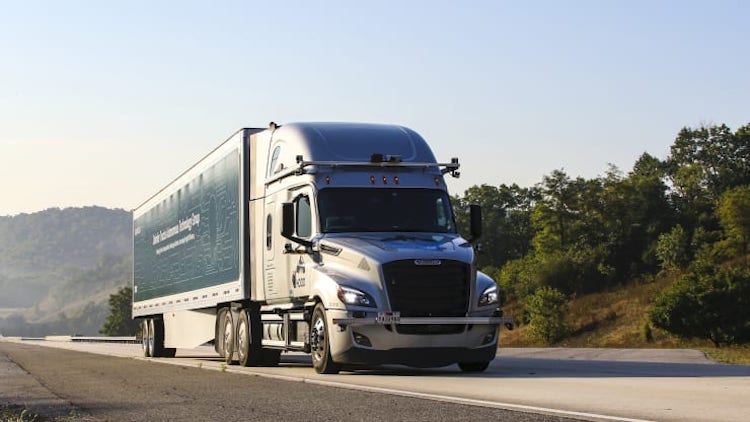 How do Virginia citizens feel about this road testing?

How comfortable are you with knowing your roads are being shared with humongous self-driving tractor-trailers? And not the ready-to-go type—the testing type. And taking it up to even scarier levels—if the testing goes well, these trucks will be driven without a human on-board at all. They will be running completely independently, off of technology.

What technology? According to The Verge, TuSimple, the UPS-contracted robotics company, uses nine cameras and a "pair of LIDAR sensors" for their self-driving vehicles.

And while that all sounds great, the problem with this is that technology eventually will fail. A camera will go out, there will be a faulty sensor—it is only a matter of time before something goes wrong. And when it does, what will the cost be? Will it be human life?

And for what? To save a little money?

The first fatalities in self-driving cars have actually already occurred. According to Ranker, in January 2016, a man was driving a Tesla on auto-pilot, and it crashed into a street sweeper. "The vehicle failed to register the street sweeper before the collision. ... Tesla claims that it was unable to confirm whether or not the vehicle was in autopilot due to the nature of the damage done to the car, but the footage appears to show the vehicle casually driving into the street sweeper."

In another instance, in Tempe, Arizona, on March 18, 2018, a self-driving Uber ran over a 49-year-old woman crossing the road. She later succumbed to her injuries.

And only five days later, a self-driving Tesla crashed against a barrier on a highway near Mountain View, California, killing the driver instantaneously.

The truth of the matter is that these tragic instances will continue to happen as engineers work out the kinks of the new technology. It would seem that the blind pursuit of money has developers turning a blind eye to this reality.

Is it really worth it?

What is the motive behind these technological advances? Is it money? And if so, what is human life worth to these companies? Will vehicles like this eventually become safer than human drivers? How many lives will be lost in the process of figuring this technology out?

We need to be asking these questions.

But most importantly, a conversation needs to be had as to whether companies should be allowed to simply waltz into an area with their new self-driving vehicles (let alone tractor-trailers) and try them out on roads shared with unknowing citizens.

To think that Daimler and the UPS have decided that it is within their rights to risk the lives of other people sharing these roads with their test vehicles is, quite frankly, very concerning. And even more concerning is the fact that, without a vote, they plan to move forward with allowing these vehicles to drive themselves, human-less, on our roads.

I hope that 30 percent profit margin boost is worth it for them. I hope they can sleep at night. Because if I had any say in the matter, I would never allow myself or my loved ones to be test dummies and share the roads we travel on with a massive tractor-trailer prototype. My family and I are not test subjects, and neither should any Virginia citizen be.

I'd like to hear from you, readers and fellow Virginians. How do you feel about the tests going on in our backyard? Are you okay with them? Do you feel safe? Are you comfortable with your loved ones sharing the roads with these test trailers? Or do you find yourself on the other side of the equation, wondering why and how this was allowed to happen?

We didn't get a vote on this matter, but you can voice your opinion here in this poll. Let us know what you think.

Should we have to share the road with prototype self-driving tractor-trailers, and self-driving vehicles in general?