So, how do we resolve this?

Over the last few weeks, various homeless camps through the Denver metro area have been swept up and removed due to unsafe and unhealthy conditions, for both those who experience homelessness and those who don't.

More than 660 tents were counted on a single night this month, with many in front of the State Capitol, according to a homeless advocacy group. It's estimated that roughly 1,350 people are camped out in Denver. As the coronavirus pandemic continues to thrive, more and more people are being turned away from the shelters, which are overcrowded, and the City of Denver has been more lenient when it comes to enforcing the camping ban.

Courtesy of City and County of Denver (YouTube) | Learn more

The City of Denver has a wide variety of resources and housing options for those who have been displaced, including "shelter referrals, permanent housing, hotel rooms, and connection with Veterans Affairs programs," writes FOX31.

However, even with those options available to them, there's an ongoing conflict between residents and the homeless community as they move from one area to another. In fact, earlier this week, the encampments surrounding the streets in front of Morey Middle School were moved by city officials.

"There is a very real public health and safety issue present with all of the homeless camps," said James Reynolds, Morey Residents Coalition Corps chariman. "There are a number of homeless people that need basic services—running water, public toilets, showers. There's a lack of cleanliness present at all parts of the encampment." 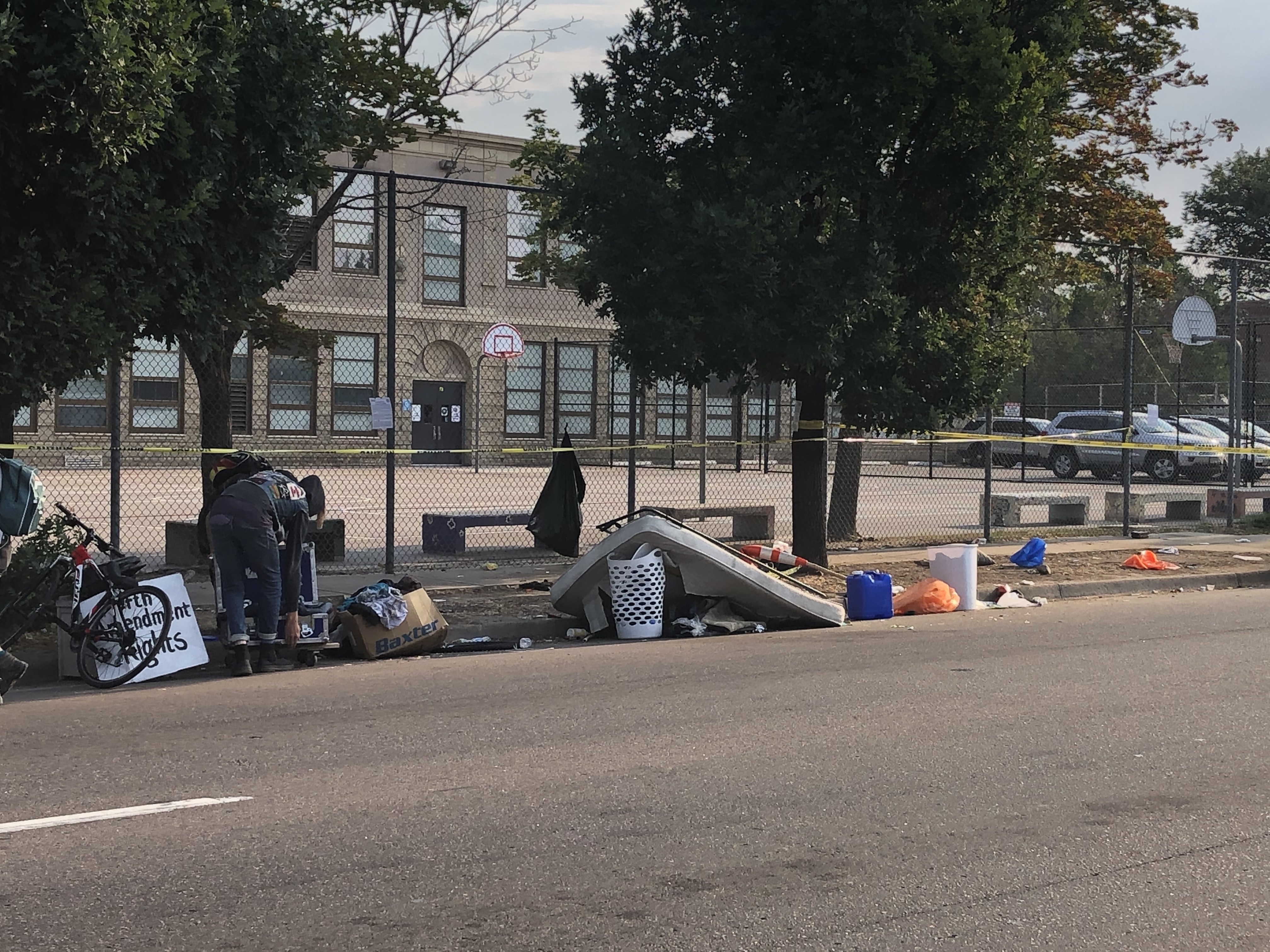 This marked as the second sweep of a major camp during the pandemic; the first occurred on July 29 at Lincoln Park in front of the Capitol building.

Denver Mayor Michael Hancock said that homeless camps "cannot persist" in his State of the City speech on July 27, adding that "we could do better, and we can do better." Hancock hopes that, through a proposal by Councilwoman Robin Kniech and the city's shelters, more funding will be used "to create better shelters, expanded services, and more housing options."

Elisabeth Francis, a clinical street outreach worker for Saint Francis Center, says that if the problem is not solved—perhaps through a "city-sanctioned camp"—it's only a matter of time before the tents will be back. The Denver Department of Housing Stability has said that potential sites for safe outdoor spaces are currently being reviewed. According to The Denver Post, the top pick for the city-sanctioned camp is the Denver Coliseum's parking lot, however, nothing is finalized yet.

"We can't hide homeless from the public eye. It exists. We need to be able to address it in better ways," said Francis.

Homelessness has become an increasing concern throughout the metro area over the last couple of years. Here is a related story we covered in Parker last fall.

How do YOU think the homeless encampments be handled? What should be done to help this public health crisis? Share your thoughts in the comments below.